Often these things were acquired by well-meaning amateur anthropologists and antiquarians on expeditions around the world who brought them back either for their own cabinets of curiosity or local philosophical societies.

Sometimes the circumstances of their acquisition were egregiously shameful, like that of the Benin Bronzes which were stolen by British colonizers during a raid in Nigeria, brought back to Britain and spread around museums and mostly, now, being returned in a flurry of shame.

At the same time, following the Black Lives Matter demonstrations of two summers ago including the ditching in Bristol harbour of the statue of the slaver Edward Colston, our museums and galleries are looking again at the history they tell with a dispassionate revision of our colonialist past. The British Museum itself moved a bust of its founder Hans Sloane from its prominent place in the main foyer to an obscure gallery showcase because of his slavery connections.

And all this has been watched fretfully by the opponents of “wokeness” - the right-wing Tory MPs in the self-styled Common Sense Group (CSG, an off-shoot of the European Research Group whose 2020 manifesto’s scary title is Common Sense: Conservative Thinking for a Post-Liberal Age) and a succession of culture secretaries, but keeping curiously silent about the tug of love over the Parthenon Sculptures. Boris Johnson, meanwhile, has passed the whole buck over to the BM and its newish chair George Osborne.

In the days of the blessed Neil Macgregor the British Museum was in a period of relative tranquillity, its once troublous Great Court built around the old Round Reading Room having become the welcoming hub for the old place.

And while there have been incessant demands of successive Greek governments, there was never any question of the Parthenon Sculptures - once called the Elgin Marbles - returning to Athens for three, he thought, incontrovertible reasons.

First, unlike with the Benin Bronzes, there was no legal case to demand their return, the classical sculptures having been “rescued” from neglect and decay (half of them already having been stolen or destroyed) by Lord Elgin, the art loving ambassador to the Ottoman government in whose empire Athens then lay, who had formal permission “to take away any pieces of stone with old inscriptions or figures thereon” to be studied in safe keeping (the British government bought them from Elgin in 1816 for £35,000, worth about £2.7m now). Second, that the BM was the world’s only truly universal museum that told the whole world’s cultural story through its unique collections of objects and antiquities, not just that of Britain, so was the ideal home for this global signifier of civilisation. And thirdly that the Greeks could not be trusted to look after them properly, the promised bespoke museum near the Parthenon, part of the Acropolis citadel, where they would reside being years overdue.

As recently as 2019 Macgregor’s successor as director, Hartwig Fischer, described the removal of the marbles from the Parthenon as “a creative act”.

But things have changed. After more than 30 years of delays, competitions, controversies and resitings for the new Acroplis Museum that did nothing to assuage fears for the safety of the Marbles if they were there, the museum has now opened to general approval, so that in 2018 it was eighth in TripAdvisor’s Top 25 world museums - a list in which the BM doesn’t figure at all - with a clutch of architectural and tourism awards.

Now, the BM’s official statement on the issue says that “our colleagues in Athens are, of course, fully able to conserve, preserve and display the material in their care”.

This week Fischer’s deputy at the BM, the classical historian Jonathan Williams, has suggested a “partnership” that could see the Marbles appearing in Athens again, even though, he told the Sunday Times, they are “an absolutely integral part” of the BM. “I firmly believe there is space for a really dynamic and positive conversation within which new ways of working together can be found”, a “way forward around cultural exchange of a level, intensity and dynamism which has not been conceived hitherto”. Lending and borrowing, after all, is what we do, he hints.

“In the difficult days we are living in, returning them would be an act of history” said the Acropolis Museum’s director. “It would be as if the British were restoring democracy itself”. There could be a “basis for constructive talks” with the “positive Parthenon partnership” offer, he added. 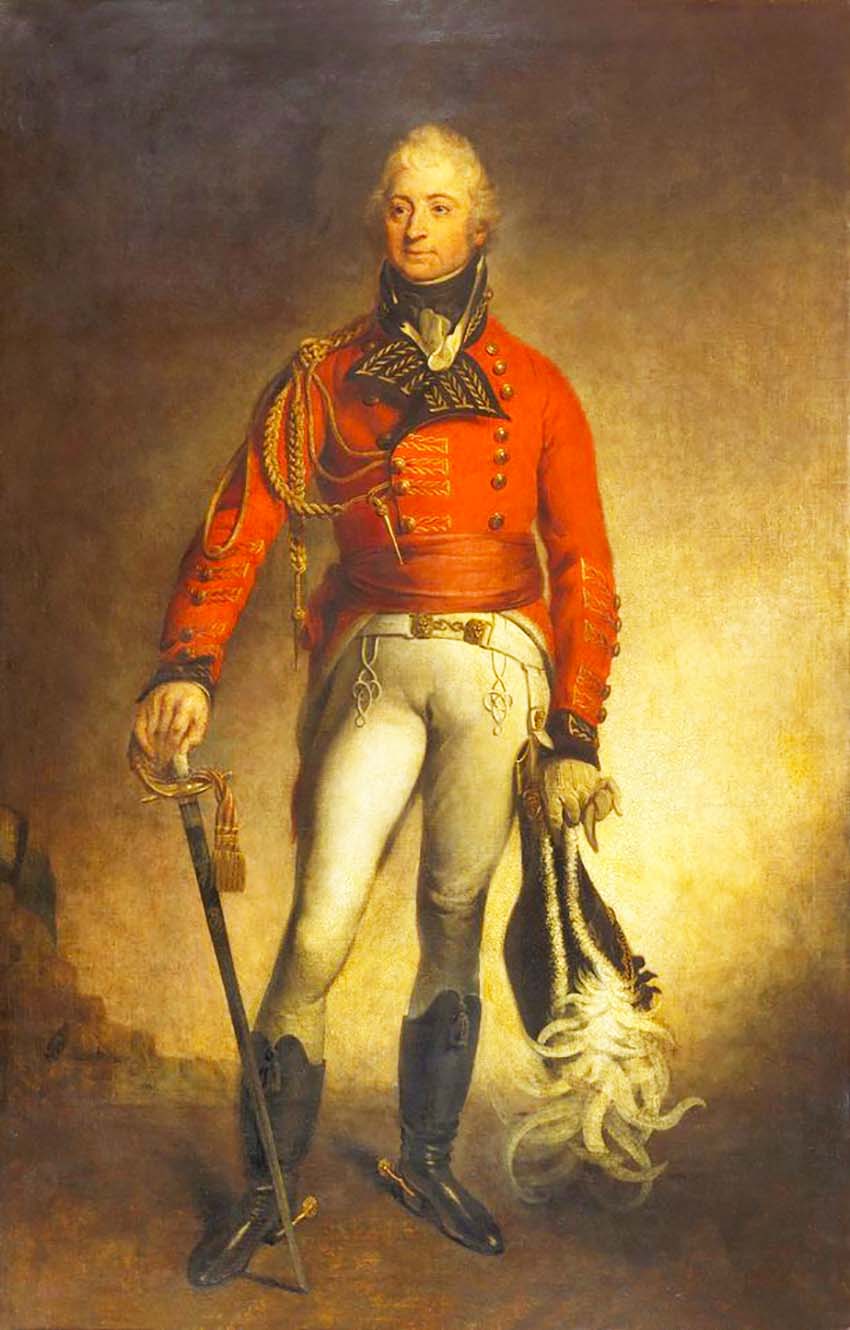 This constructive thinking will send shivers up the spines of the CSG and its supporters. Also this week we learn that the National Museum of Wales has rethought the antecedents of a great Welsh icon, the Waterloo hero Thomas Picton. His portrait had hung prominently in the Cardiff museum for over a century until it was removed after the BLM protests. It’s back in a year-long exhibition provocatively titled Reframing Picton, this time in a side gallery and with a didactic that tells of a tyrant and torturer of the inhabitants of Trinidad while he was governor there rather than a dashing cavalry general charging gloriously to his death for king and country. Had the museum been in England it might have been subjected to the funding cuts threatened by the Johnson government for museums who didn’t toe the official line, but the NMW is subsidised by the Welsh government.

Nevertheless it is a bold statement that says the truth, however long hidden, is always worth pursuing, and our museums, it seems, are determined to do so. The BM’s call for a “dynamic conversation” about such issues signals a new respect for other national cultures in a mood of sharing rather than possessing. Should the Elgin Marbles ever go back to the Acropolis? I don’t know, but let’s talk about it.