It’ll be a little late for the time of year, but one of the great iconic Victorian paintings is going home, if only for a visit. Frederic Leighton’s Flaming June is returning to the house in which it was painted in 1895, Lord Leighton’s Holland Park home which is now

a museum, for an exhibition opening in November. It was painted for the Royal Academy’s Summer Exhibition that year and was one of the latest pictures he made before he died in 1896, and also probably his most famous. 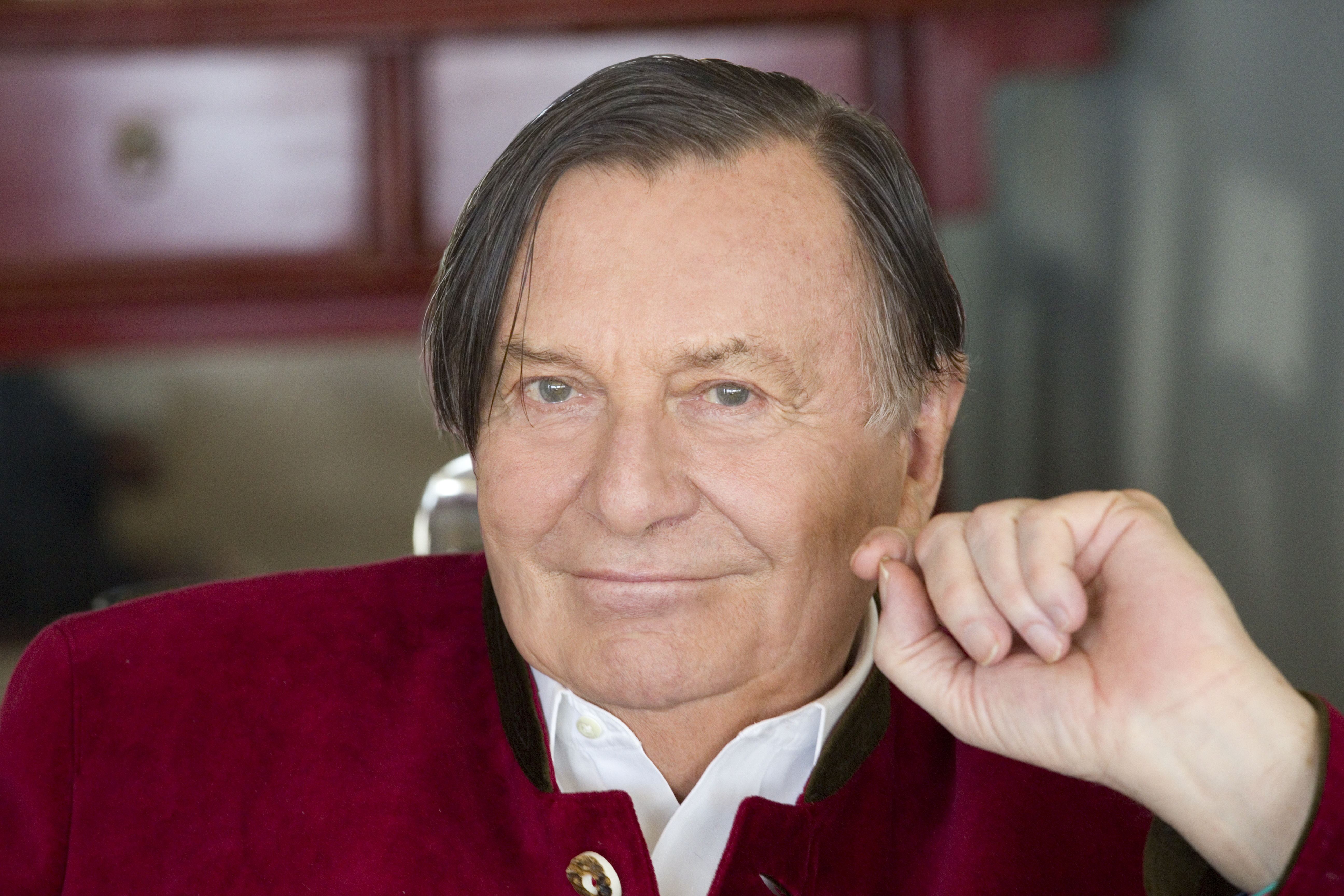 A quiet cabaret with Barry

The comic actor and writer Barry Humphries, unbelievably now 82, takes to the concert stage later this month with the Australian Chamber Orchestra (ACO) as what he calls the “conférencier”, which probably means he’ll tell a few jokes in between the music. And he could, because it is a programme of jazz, tango and Broadway-style cabaret music that fits the theme of Berlin’s Weimar Republic, that age of Brecht and Weill, featuring the cabaret star Meow Meow and including Erwin Schulhoff’s Sonata Erotica in which a solo “mother- trumpet” is a female singer who performs a carefully notated fake orgasm. I wonder what Dame Edna would make of that?

The Weimar Cabaret is at London’s Cadogan Hall on July 29 and 30, and August 2 and 3, and at the Edinburgh International Festival on August 8 and 9. 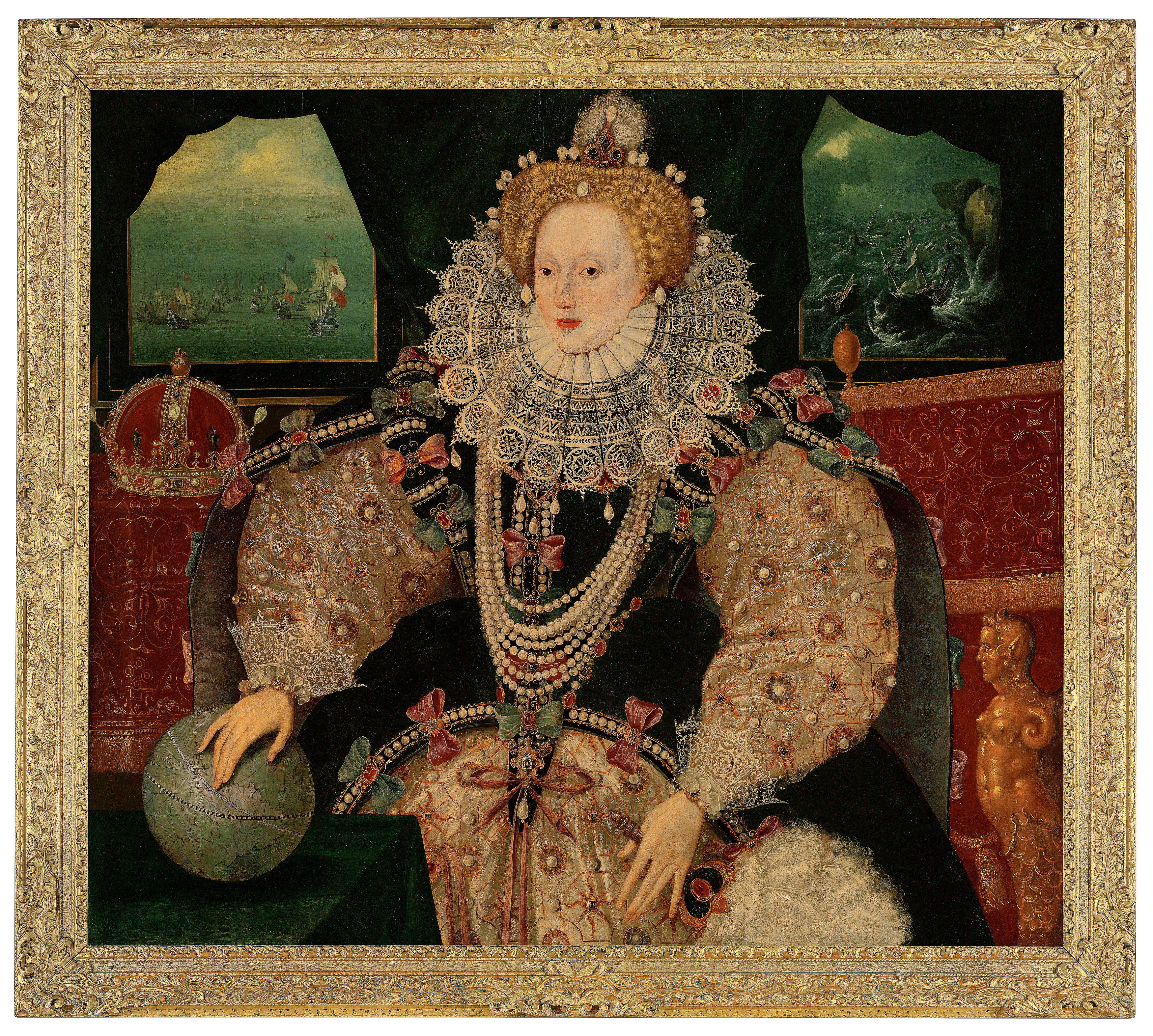 Sometimes when an appeal goes out to
save a work of art “for the nation” there is considerable doubt as to what part of the nation actually identifies with it - what is it about our national personality that makes a, say, a Caravaggio biblical scene inimical to us? Of this one there is no doubt: it’s a portrait of Queen Elizabeth I, painted to commemorate the defeat of the Spanish Armada in 1588 and once owned – maybe even commissioned -
by Sir Francis Drake, for ever credited with winning the battle. The Art Fund and Royal Museums Greenwich have appealed for public help to raise the £10m needed to keep and since the cry went out a month ago the public have bunged in £1.3m from over 7,000 donations, match-funded by private donors and grants from charitable trusts. It means that £2.7m, more than a quarter of the required amount, has been raised, one of the most successful Art Fund appeals ever and still rising. The plan
is for the Armada Portrait to enter the national collection in the present Queen Elizabeth’s 90th year, and go on display in the Queen’s House which stands on the site of Greenwich Place, where Gloriana was born. 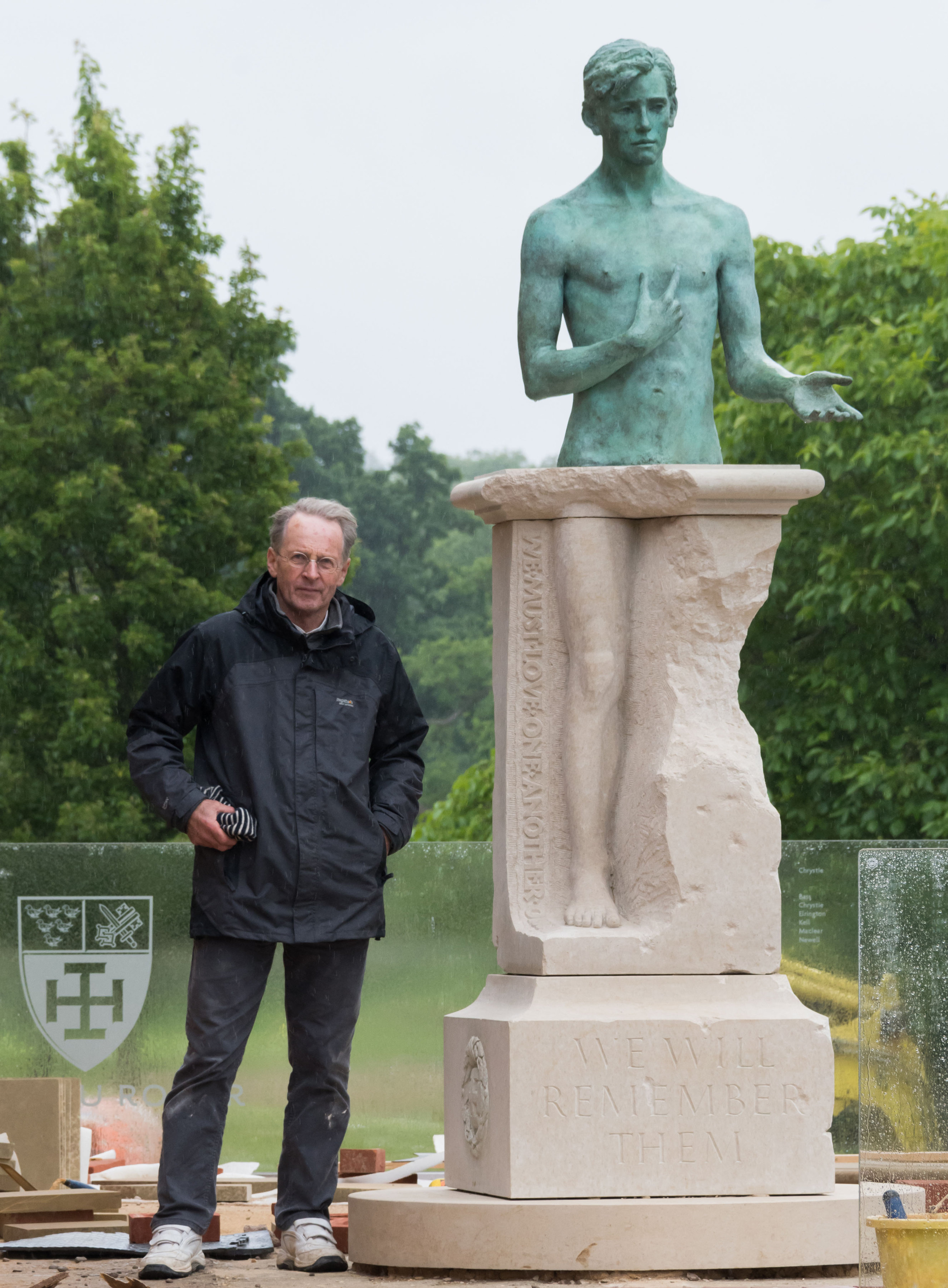 The smart independent school near Guildford in Surrey, Cranleigh, has a particularly appropriate motto given the occasion: Ex Cultur Robur, meaning “From culture comes strength”. To mark the centenary of the Battle of the Somme, the most devastating single action in human history, the school commissioned an old boy to create a sculpture that would mark not only that terrible carnage of July 1916 but all of those alumni killed in conflicts in Cranleigh’s 150-year history. He is Nicholas Dimbleby – younger brother of David and Jonathan, so the third son also rises – who has created this three-metre high piece called Leaving.

“My client for this commission has been the children, in particular those of school leaving age – whose predecessors one hundred years ago walked straight into war” he says. “Through conversations with these young people it became apparent that the desire for peace greatly outweighs the ‘nobility of death in battle’ and that therefore this should not be a ‘generic’ memorial, simply a listing of the fallen”. Around the piece is a glass wall bearing the names of the 374 so far who have died in action.

“This age is much more sceptical. Alongside leaving and service to the outside world, the sculptural element of this memorial is intended to convey vulnerability and the devastation of war. It is entirely right that the figure should be an unclothed youth. It shows us in our most vulnerable state of being.” 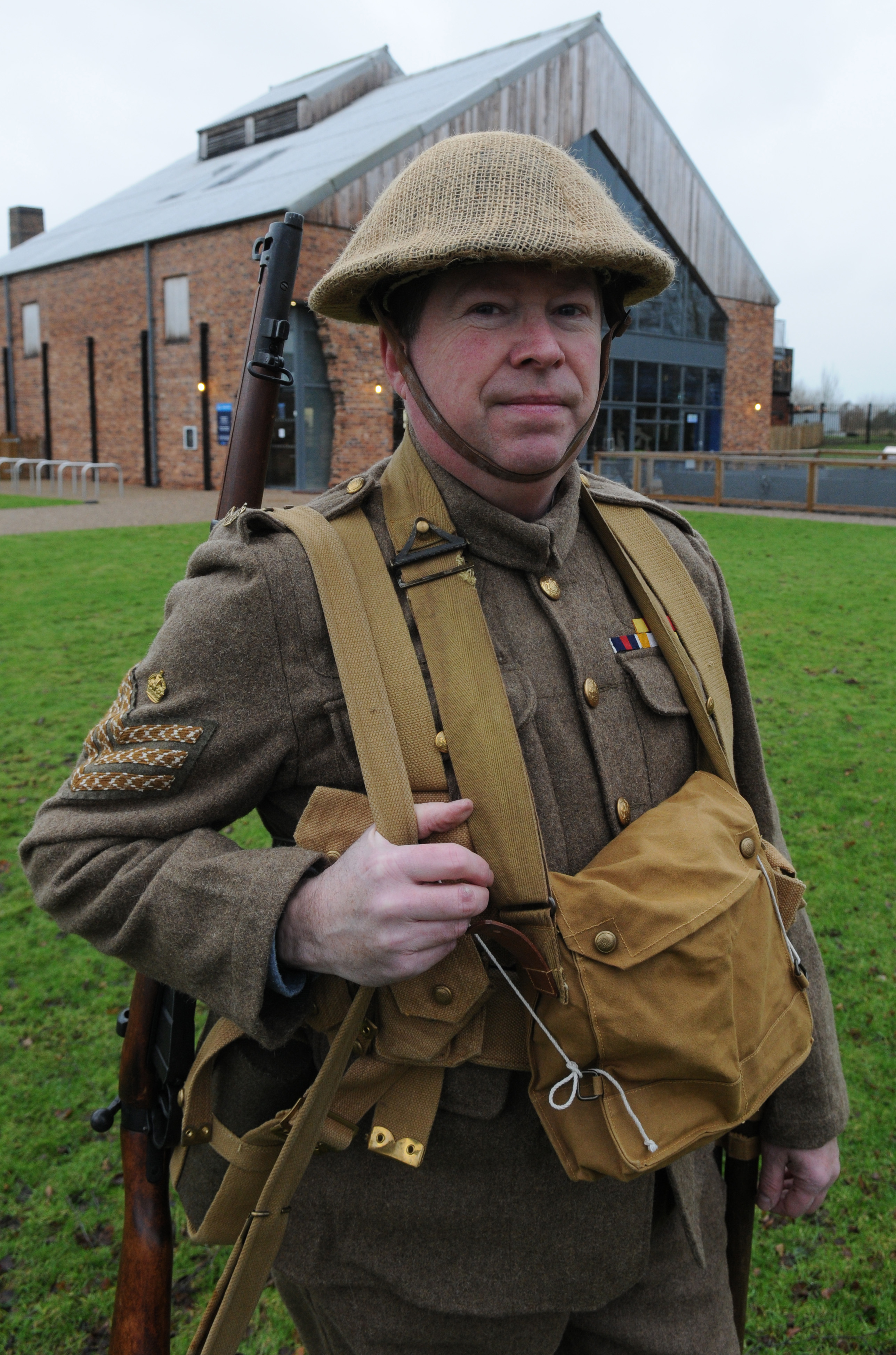 Another tribute to the participants in that god- awful affair 100 years ago has just opened at the Lion Salt Works Museum in Cheshire after a roadshow which gathered some of the material so that From Salt to Somme can tell the human stories from around Northwich and Marston. Among them are those of the Cheshire Pals, and this is Guy Story from the museum’s Cheshire Pals Re-enactment group, dressed accordingly. The soldiers whose items were brought into the roadshow have been researched and their medals, photographs, diaries and trench art are on display.
The exhibition is on until November 18.