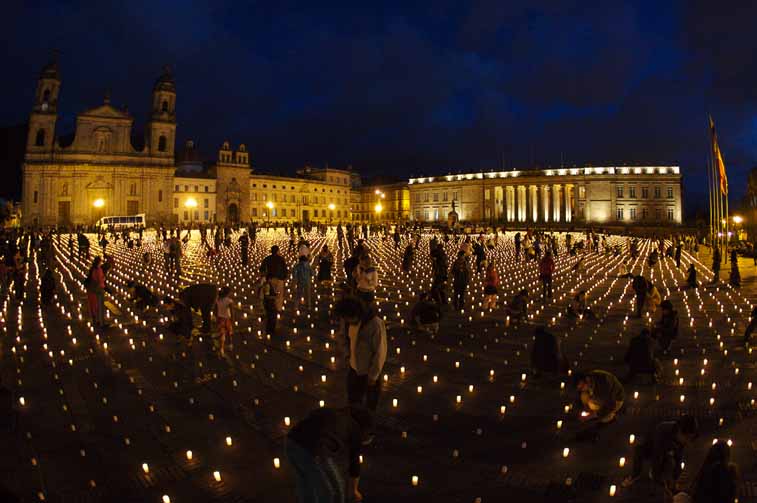 Beyond the urban brand

What happens when you get 33 world cities in a room? Last month Justine Smith, the Mayor of London’s head of culture, chaired the World Cities Culture Forum. For our second special feature on cities, she gives a unique overview of the world’s capitals of culture

Culture. It's a good idea, right? We could be talking about art museums or theatres, a pub that puts on live bands, young designers leading the charge for creativity, or the local park that provides a taste of the bucolic for families.

Culture is the beating heart of our cities, breathes life into run down parts of town and snaps us out of the daily grind. Londoners want to hold on to the character of this city amid the relentless pace of change, it explains why campaigns to “Save Soho”, protect the gorgeous EMD cinema in Walthamstow or the iconic cabaret venue the Vauxhall Tavern have generated so much support. This stuff really matters to people – they want real London, not Brand London. So culture gives our city an authenticity and sense of identity that we don't want to lose.

As the London mayor, Boris Johnson, says culture is a “priceless asset that informs, educates, entertains and brings people together, making them wonderful places to live in”.

And yet it's often taken for granted, regarded as secondary, or treated less seriously than business, industry and manufacturing - even though it plays a big part in all these things. When it comes to funding, culture is often seen as an add-on, a luxury, particularly when times are tight.

This is ironic when culture generates billions for the UK economy, and four out of five people say it's the main reason for coming to London. London's creative industries alone are worth £35 billion annually, whilst cultural tourists to the capital spent an incredible £7.3 billion in 2013. In fact we are awash with studies and statistics that underline culture's economic and social importance. From an investment perspective, it costs a fraction of other city budgets and the return on investment is huge.

So we have a conundrum on our hands: we know culture contributes to the success of this city with breadth and sophistication, but it is at risk. Artists and other creative talent are being squeezed out due to high rents, budding musicians are running out of grassroots venues to perform in and with no statutory protection, as budgets tighten culture gets squeezed out.

But we are not alone. This kind of discussion is not confined to the capital, but to cities up and down the country and around the world, which is how around 150 cultural leaders representing 32 major cities from across the globe came to be in London for the fourth World Cities Culture Summit. The cities taking part are members of the World Cities Culture Forum which was founded four years ago, not just to champion culture but to ensure it is central to the development of public policy. Having begun with nine cities in 2012, the forum has grown to 32 members, which shows there is a genuine and global appetite for this.

Over three days, those attending took part in a “Davos for culture”, senior officials and cultural policy makers coming together to share challenges, ideas and expertise with the aim of formulating long-term policies to protect culture, creativity and innovation as part of wider urban strategies.

It was exhilarating and heartening to experience the commitment at the summit, with lively discussion and informative presentations taking place. Around the globe there are brilliant leaders plugging away in municipal systems, finding inventive ways for culture to thrive, and there’s lots of common ground. As the latest World Cities Culture Report, published to coincide with the summit, shows there is considerable overlap in what cities want to achieve in relation to culture, from supporting artists to boosting the economy by attracting tourists. Cities like London, Hong Kong, New York and San Francisco are all growing fast and want to make sure culture doesn’t get squeezed out, by embedding it in the planning process, by protecting cultural venues and supporting artists’ studios and creative workspaces.

But discussion went beyond the problem of affordability and cultural tourism. We considered how cities from Paris to Istanbul and Vienna to Singapore are looking to culture to provide the glue as their populations become increasingly diverse; celebrating newer communities, as well as balancing tradition and heritage. This had a particular resonance and poignancy as we reflected on the terrorist attacks that had hit cultural venues in Paris just a few days before.

Some cities see culture as helping to shape their identity and define their global position, such as Dubai, Shenzhen and Tokyo, which is looking to the cultural programme for the 2020 Games to open a dialogue with the rest of the world. Major investment in buildings and physical infrastructure is driving the regeneration of global cities like London, New York and Paris, but other cities are pioneering approaches that focus on projects and people rather than buildings. Bogota has turned its graffiti problem into a flagship public art programme, transforming the cities walls into an outdoor gallery, and Melbourne and Toronto are other cities leading the way to exploit the potential of the public realm.

Public and private funding was another big theme. Public bodies and community organisations are starting to leverage private finance in smart new ways, like Olympicopolis in Queen Elizabeth Olympic Park, which will create a new cultural and education hub for east London, and Toronto's Artscape, a not for profit organisation that behaves like a developer and has been pioneering the integration of living and workspace for artists and the creative community within major real estate developments.

But this wasn't just a talking shop. These cities have all begun to collaborate as a result of being involved in the forum. Stockholm has been working with Amsterdam and Barcelona, and Toronto with London, whilst Buenos Aires staged a regional world cities summit with five South American cities. London, of course, has been helping Tokyo with its Cultural Olympiad for 2020. We are starting to assemble a global crack team for cultural policy.

So, lots of discussion, copious notes, dozens of business cards exchanged, but over three days great ideas were exchanged, new partnerships formed and plans taking shape to reposition culture as part of the DNA of big cities rather than the optional extra. Because as the artist Grayson Perry said “life without art would be a series of emails”. Or as the saying goes, “the earth without art would just be ‘eh'”.