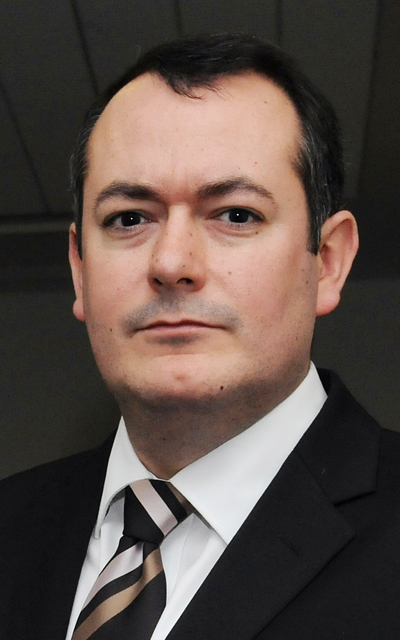 Michael Dugher, 40, was a Labour high-flyer from the left, possibly still is if the obscure runes of today’s parliamentary Labour Party could be read because now he is considered a moderate. Under the new leadership he was a shoo-in for the shadow cabinet – he’d campaigned for Andy Burnham who had been the first to accept a job from Corbyn as shadow home secretary - and asked for the culture portfolio. Why? To start the fundamental change in society that is keeping culture from the lives of maybe 80% of the population, he says bluntly. “It's that important” he says, important enough to nail his political future to it.

Gordon Brown’s chief political spokesman before he was elected for Barnsley East in 2010, Dugher is a party insider who was once the head of policy for the trade union that became UNITE. He came straight in as a shadow defence minister, then PPS to the Leader of the Opposition, then in Miliband’s shadow cabinet working up to shadow transport secretary until May’s general election, a good fit coming as he does from a long line of railwaymen. He was vice-chair of the Labour Party from 2011 to 2014.

Under Corbyn’s aegis he is assembling a team, no names to be mentioned yet, that will carry out a fundamental review of the arts funding system in the UK because, he says, it is fundamentally flawed. Tory rhetoric may make it seem that the Chancellor has had an epiphany with his Autumn Statement in which he did not deliver the expected 25%-40% cut in arts funding but instead a cash increase for the Arts Council. “Don’t be fooled” Dugner advises. “Before we make Osborne the greatest contributor to arts and culture in 21st century Britain, this is a 5% real terms cut to the Arts Council and watch for the devastating impact CLG (Community and Local Government) cuts will have, at least 30% - it will be a massive impact. Things are going backwards, and we’ve got to rethink this.”

When he was appointed much was made of his love for brass band music, better funding for which he had successfully campaigned (the 1996 film Brassed Off was set in Barnsley), and the assumption was made that that was his only brush with the arts. It’s a kind of casual snobbishness, he says: “Northern bloke, might know something about football (he’s been an enthusiastic supporter of Nottingham Forest since he was at university in the city), brass bands, but proper arts?”

In fact he is a self-taught musician on piano, guitar, mandolin, banjo and ukulele, performs for charity and often plays with fellow MP Kevin Brennan, now the shadow trade minister and a member of the parliamentary rock group MP4. “We do duets - bad versions of Everly Brothers, Crowded House – four chords and third part harmony, available for bookings…” He began to learn music in a school that had no formal music teaching when he was about 11, and magically his work in other subjects, especially maths, improved, an experience which is one of the reasons for wanting this job.

The point is that everyone has the right to experience and enjoy all music and art, dance, literature, and the system isn’t allowing them to. He is here to challenge stereotypes, not just about himself, he says. Brass bands, come on, are every bit as important as any other kind of music. “If you see brass band musicians sitting around playing together, it looks a lot like an orchestra to me”.

Classical music has its place in his affections, as has everything from swing to pre-war blues, and latterly Adele and her new album. “Her voice is better than the songs, to be honest, but as a female vocalist she’s up there with the very best, Ella Fitzgerald, Aretha Franklin, you name them” he insists, another challenge to preconceptions.

The Arts Council, he says, is diligent and hard-working, he has no brief against it and has been impressed by its CEO Darren Henley, “but it’s trying to do the best it can in a system that doesn’t work” he says. That is, a system where there is a major breakdown geographically in access to all the arts especially for children, in access to funding for artists and cultural organisations, a disparity in the fortunes of different art forms some of which are more attractive to philanthropy and business sponsorship than others, and different genres within the art forms.

Labour has had its own survey done of arts access for children from working class families, and he says the findings are grim. “It really is going backwards and it’s a disgrace” he says: 70% of the children of non-graduates spend less than three hours a week on cultural activity, while 80% of graduates’ children have more than four hours; the number of primary school children taking part in arts activity has fallen by 30% since 2010; there are 11% fewer arts and culture teachers; 40% of children from disadvantaged backgrounds have never had the opportunity of playing an instrument.

British culture, he knows, is going through a shape-shift in terms of its political importance because of its status as the fastest growing sector in the economy, worth £77 billion a year; we need a debate, and not just about the nation’s investment in it. “As a country we should be mature enough and confident enough to say ‘how are we spending the money and are we spending it in a way that benefits every part of the country and every community?’”. Local theatres in the North East, for instance, may find fund-raising hard and the chore of wading through ACE application forms agonisingly time-consuming, while other sectors, and he quotes jazz, are full of sharp-elbowed middle-class people switched on to leveraging investment. “We need to face up to that and say there are ways to make it easier for people not so good at getting access to finance to do so” he says.

So it's right to seek additional funding sources, but the idea that the state can then walk away from it is “a huge mistake”. Fundraising in a constituency in Yorkshire is quite different from fundraising in one in, say, Oxfordshire. “They can find alternative sources of funding that constituencies people like me represent can't, and that’s bad for the individuals, bad for communities, bad for the country as a whole”.

The shape of the blueprint he hopes to see is amorphous, but he is impressed with the Core Cities campaign to give non-London conurbations control of their national arts subsidy, a devolution mooted by Miliband in 2014. Dugher dismisses phrases like “Northern Powerhouse” and “Great Exhibition of the North” as “great speech, no substance – Manchester is not the North”.

He has little patience with MPs that do not take culture seriously for al its qualities, and it’s ‘bone-headed” to think of art in economic terms alone. “It’s incumbent on all of us to be constantly repeating the argument why investing in culture and the arts is absolutely critical for us as a country.

“And I mean investing for a return, a return that can transform the lives of young kids and unleash their talents and potential, help to improve communities and our experience as society. An overwhelming return.”

2005 Fails to win Skipton and Ripon in general election