The very character of the Underground was created by the visionary London Transport chief executive Frank Pick, who commissioned posters from the likes of Edward McKnight Kauffer, the typeface for its signage from Edward Johnston and Harry Beck’s famous map. That vision is being honoured by the artists Langlands & Bell with this tribute, called Beauty<Immortality, commissioned by Art on the Underground and the London Transport Museum, which is being unveiled at the Piccadilly Circus station on November 7 marking 75 years since Pick’s death. The words of the title were found by the artists in the archive of Pick’s papers held in the museum. The station itself was a Pick commission, from the architect Charles Holden, and is currently being restored to its 1930s Art Deco splendour. 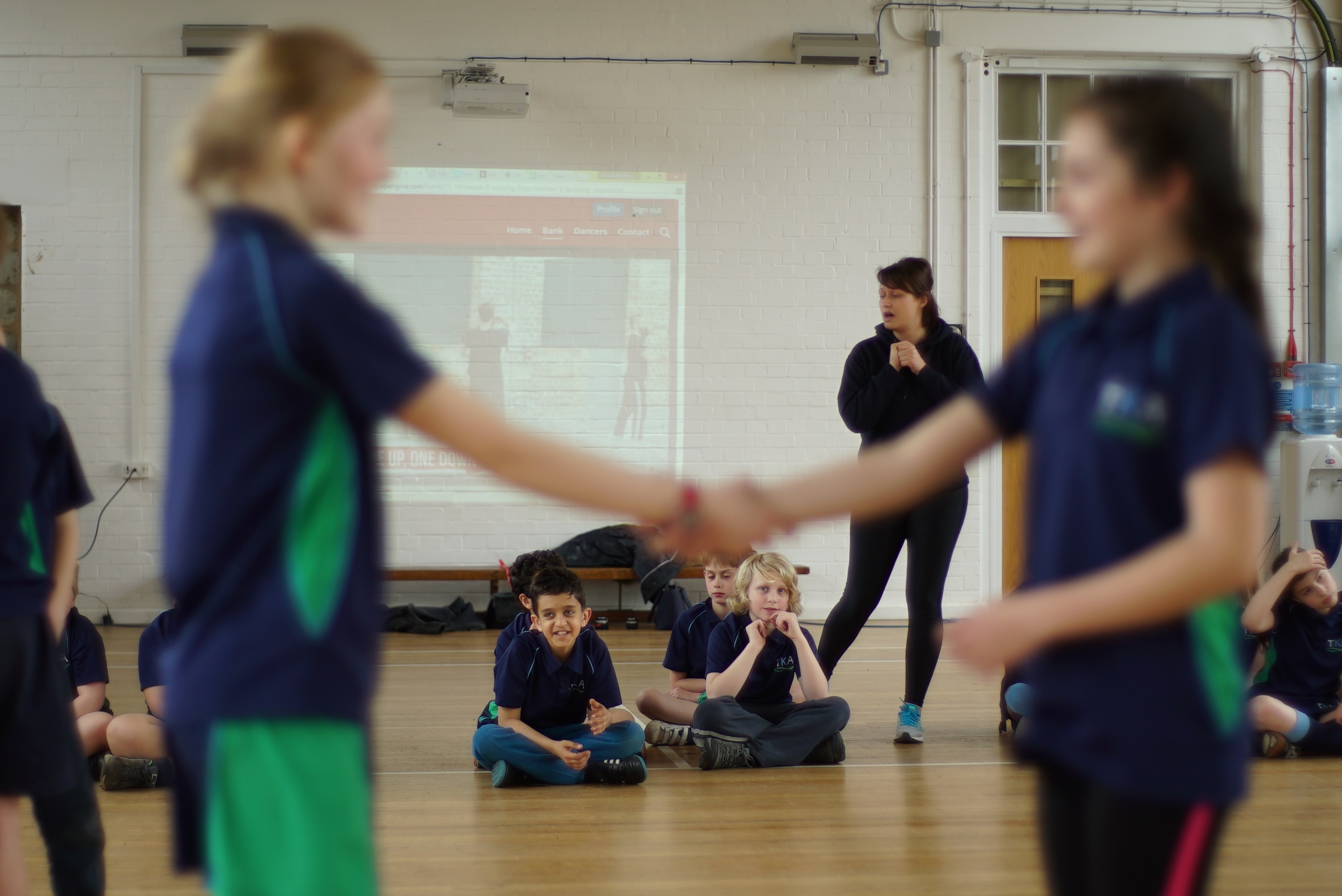 Free movement is an acknowledged element of growing up, but getting dance into the classroom has been a problem too big for most schools to contemplate. Balletboyz, William Trevitt’s and Michael Nunn’s international dance company, to the rescue. It's launched Moovbank, a filmed class with the Balletboyz dancers including lessons, performance clips and interviews, aimed at kids from seven to 18, and free. There is also a bespoke version of BTech, GCSE and AS level students, and it will be ready for use when term starts 1 September. 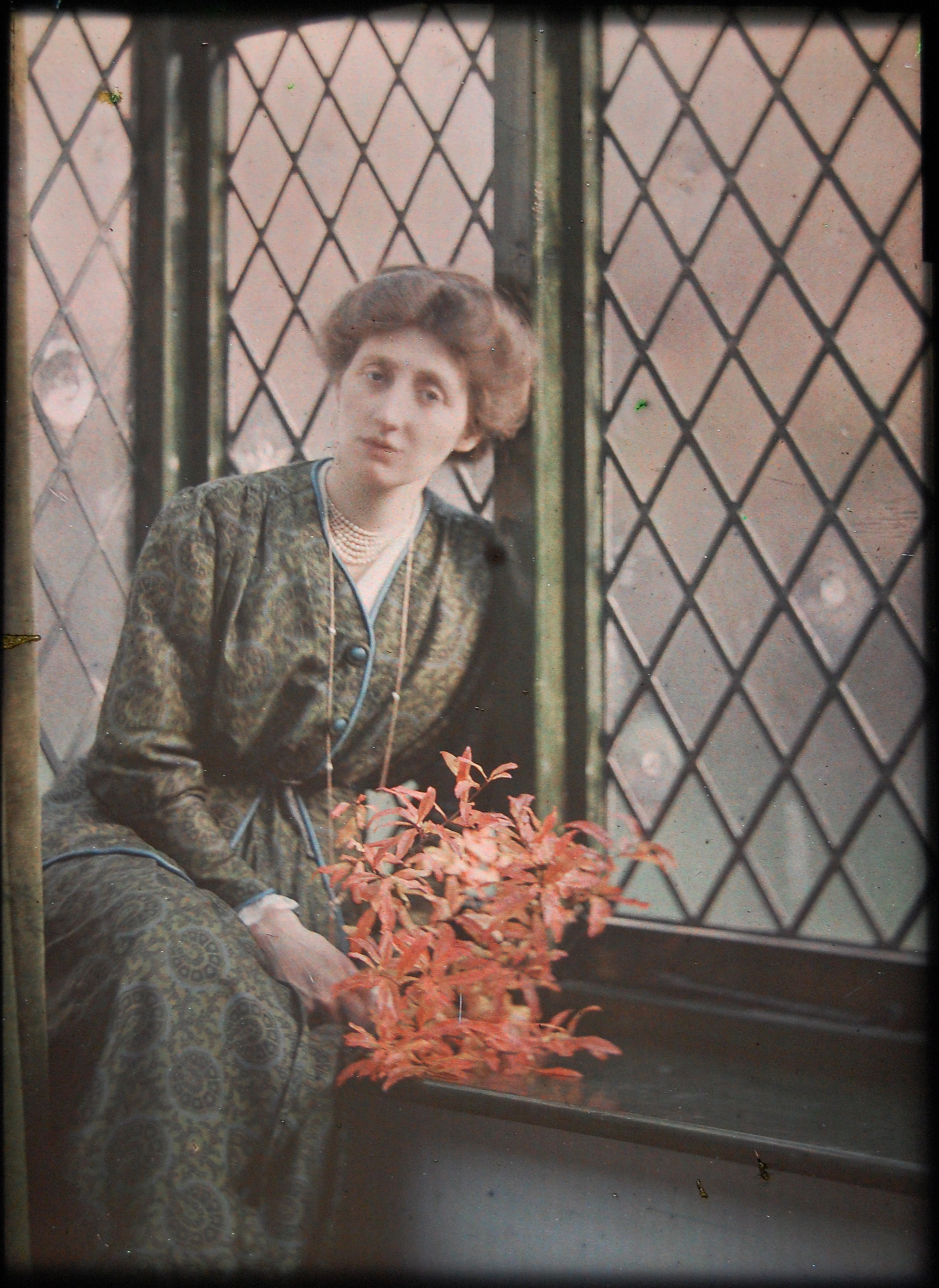 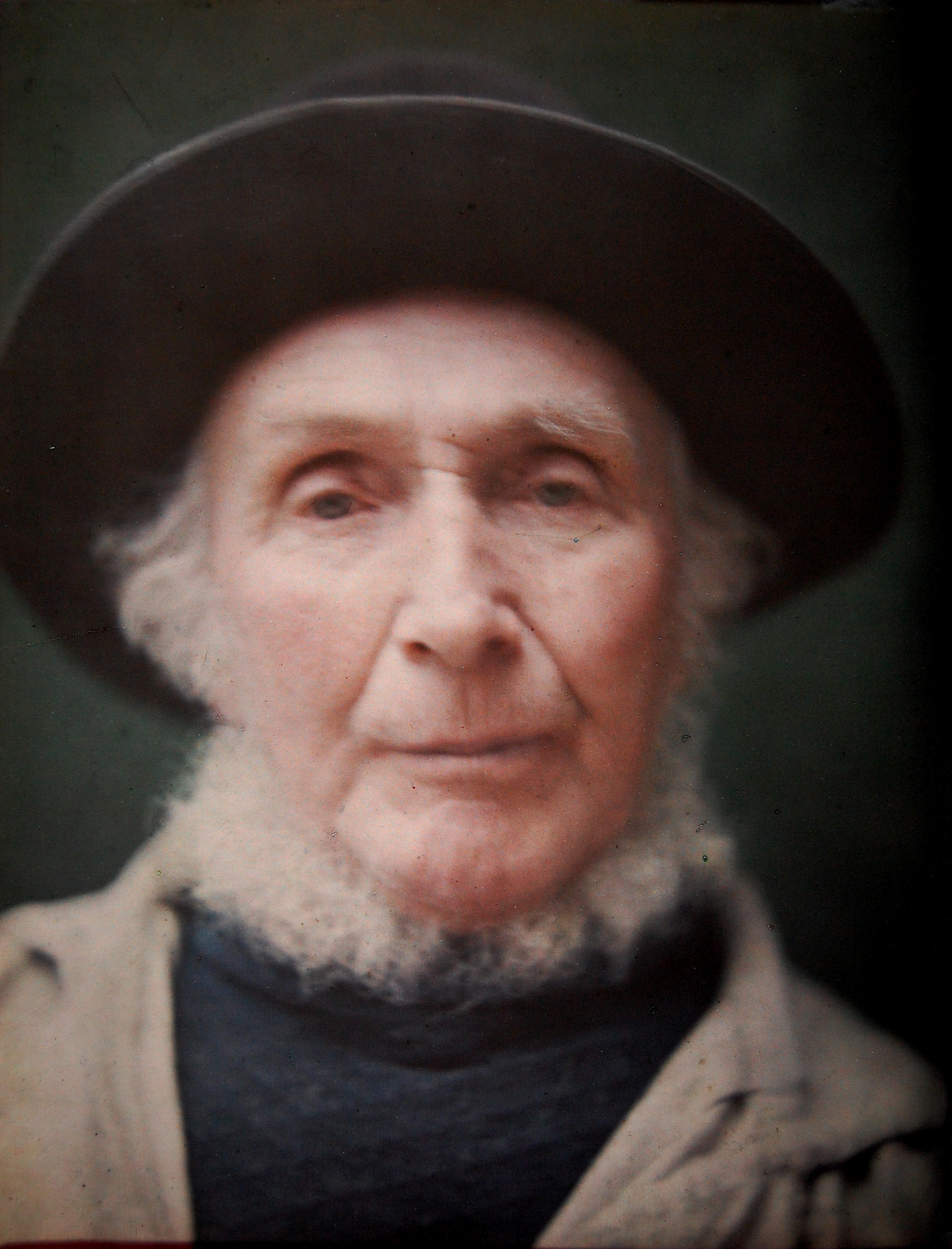 This is the remarkable Olive Edis and her portrait of a Norfolk farmworker in 1914, called Belcher Johnson. What is remarkable is that these are two of the first colour photographs, she was a pioneer of the autochrome system. The daughter of a gynaecology professor, she and her sister set up a studio in Sheringham, Norfolk, in 1903 and among her subjects were George VI when he was a mere Prince Bertie, George Bernard Shaw and Emmeline Pankhurst, but her most prolific work was of characters like Belcher who had no known stories other than their expressive faces. Edis started working in autochrome in 1912, patented her own “diascope” viewers, and later had studios in Surrey and Ladbroke Grove, London. She was an official war artist for the Imperial War Museum in 1918 and 1919. In 1928, aged 52, she married a Cambridge academic, Edwin Henry Galsworthy, John Galsworthy’s cousin, but continued taking her colour photographs, most lucratively for Canadian Pacific Railway advertisements. She died in 1955, but Cromer Museum has a large collection of the pictures and an exhibition of them, Fishermen & Kings: The Photography of Olive Edis, opens at Norwich Castle Museum & Art Gallery on October 8, running to January 22. 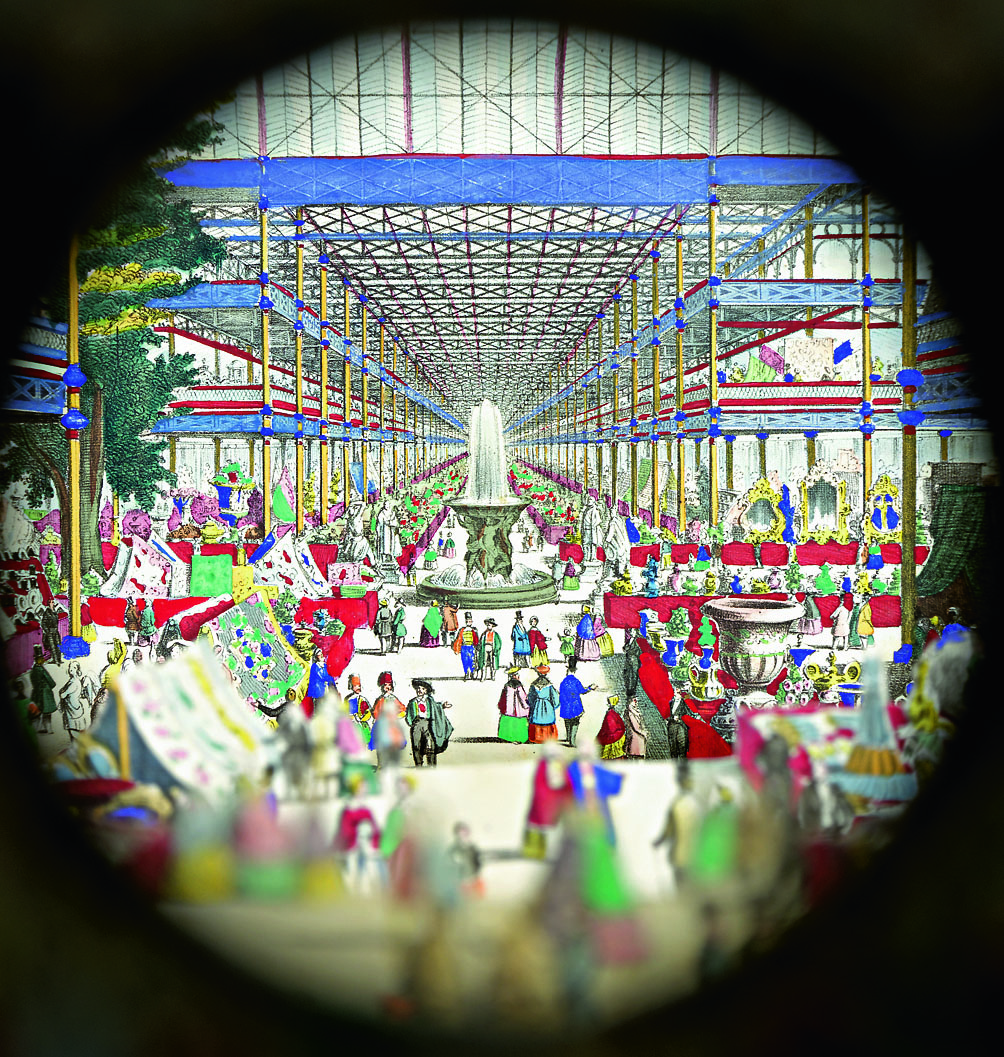 They weren’t quite television or film, but the peepshows were on the way there for the Victorians and an artform all of their own. Not the prurient end-of-the-pier penny slot machines, but recreations of landscapes, historic and theatrical scenes made in concertina layers of thick paper to give perspective, viewed through a small hole. The V&A has come by the world’s largest collection thanks to the newish Cultural Gifts Scheme whereby works of art can be given to the nation in lieu of tax within the donor’s lifetime. There are more than 360 in the collection, put together over 30 years by Jacqueline and Jonathan Gestetner and the include scenes like Queen Victoria’s coronation, Napoleon’s attack on Moscow and Alice’s journey down the rabbit hole. This one shows the interior of the Crystal Palace, the Great Exhibition, in 1851. 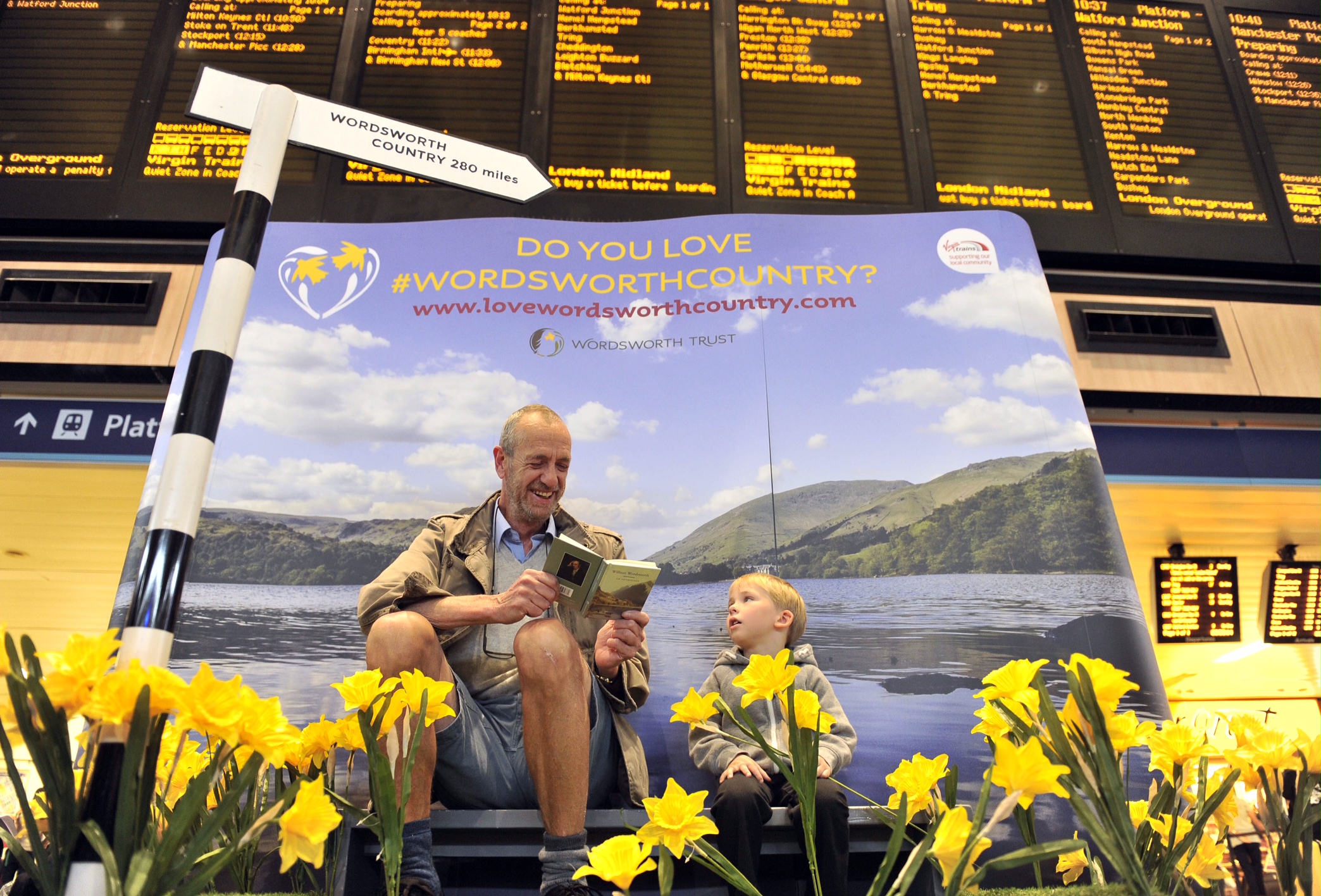 Among a host of golden commuters

This touchingly bucolic scene, featuring the comedian Arthur Smith and four-year-old Ollie Vaughan from Weymouth, actually took place during the rush hour at Euston Station in London last week. It was a flashmob performance by over 100 youngsters from the Stagecoach Talent Agency who teamed up with the Grumpy Old Man himself (looking suitably disarmed by his companion here) to read Wordsworth’s Daffodils, to encourage visitors to Cumbria, the poet’s inspiration which Wordsworth himself described as “the loveliest spot that man hath ever found”. The campaign coincides with the 125th anniversary of William Wordsworth moving in with his sister Dorothy to Dove Cottage at Grasmere, and the Lake District’s bid for World Heritage Site status. 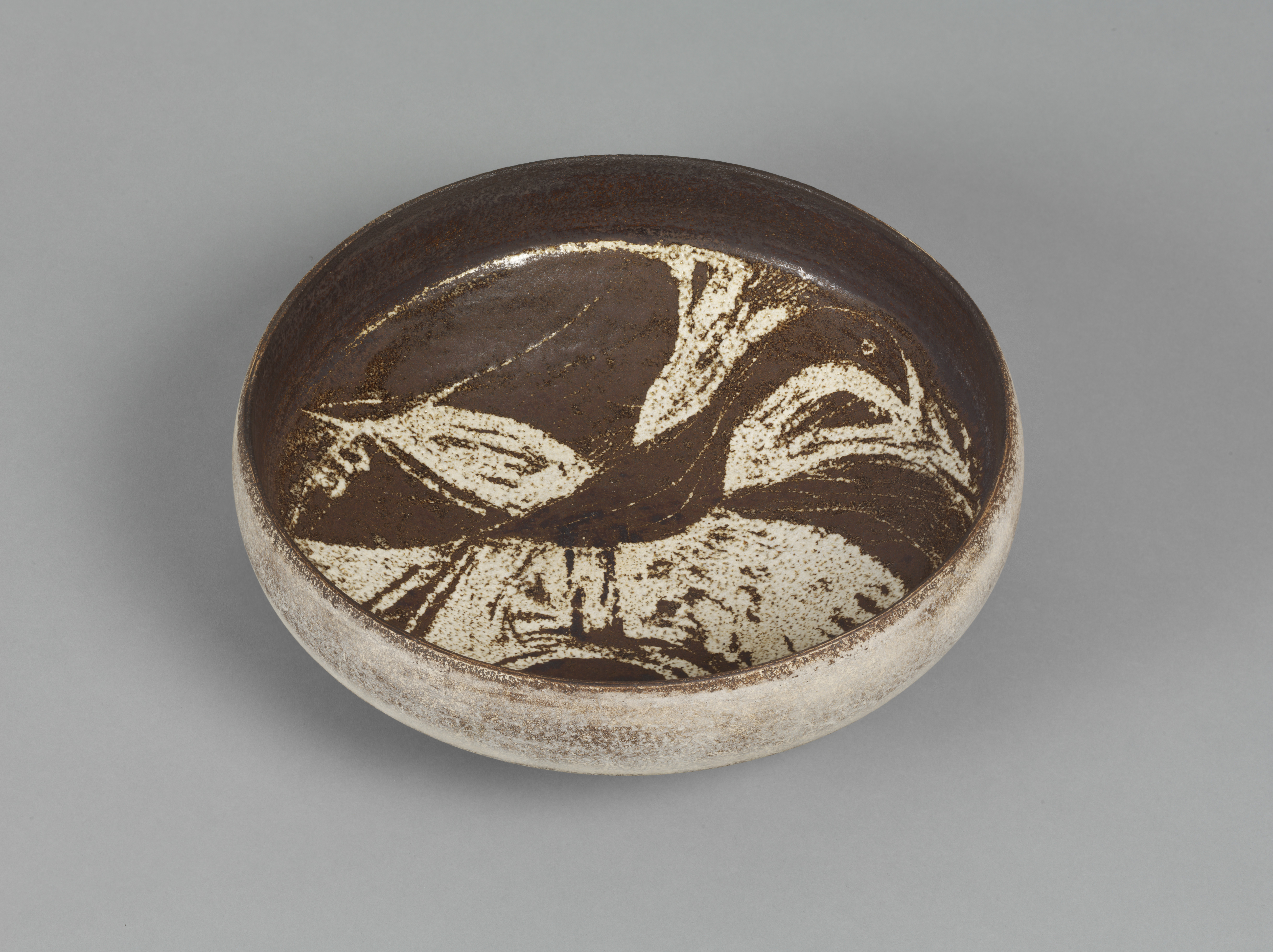 Journalists seldom get museum immortality, but Annabel Freyberg was special. She died from cancer three years ago cruelly young at 52, having been diagnosed a few days after burying her nine-year-old daughter Blossom who had also succumbed to cancer. She was a gifted journalist and editor (I wrote for her when she was arts editor of the Evening Standard, so clearly special) and later writing for the Daily Telegraph and World of Interiors. But she also had a great love for and knowledge of the decorative arts, particularly ceramics – her book, Ceramics in the Home, has become a standard - and in her memory the V&A has acquired this rare bowl by one of the most important potters of the 20th century, Hans Coper. “We are delighted that the V&A has been able to acquire such a significant piece in her name” said her brother Valerian. “It is also entirely appropriate that this memorial should be in the V&A, a museum she absolutely loved and that she visited often”.