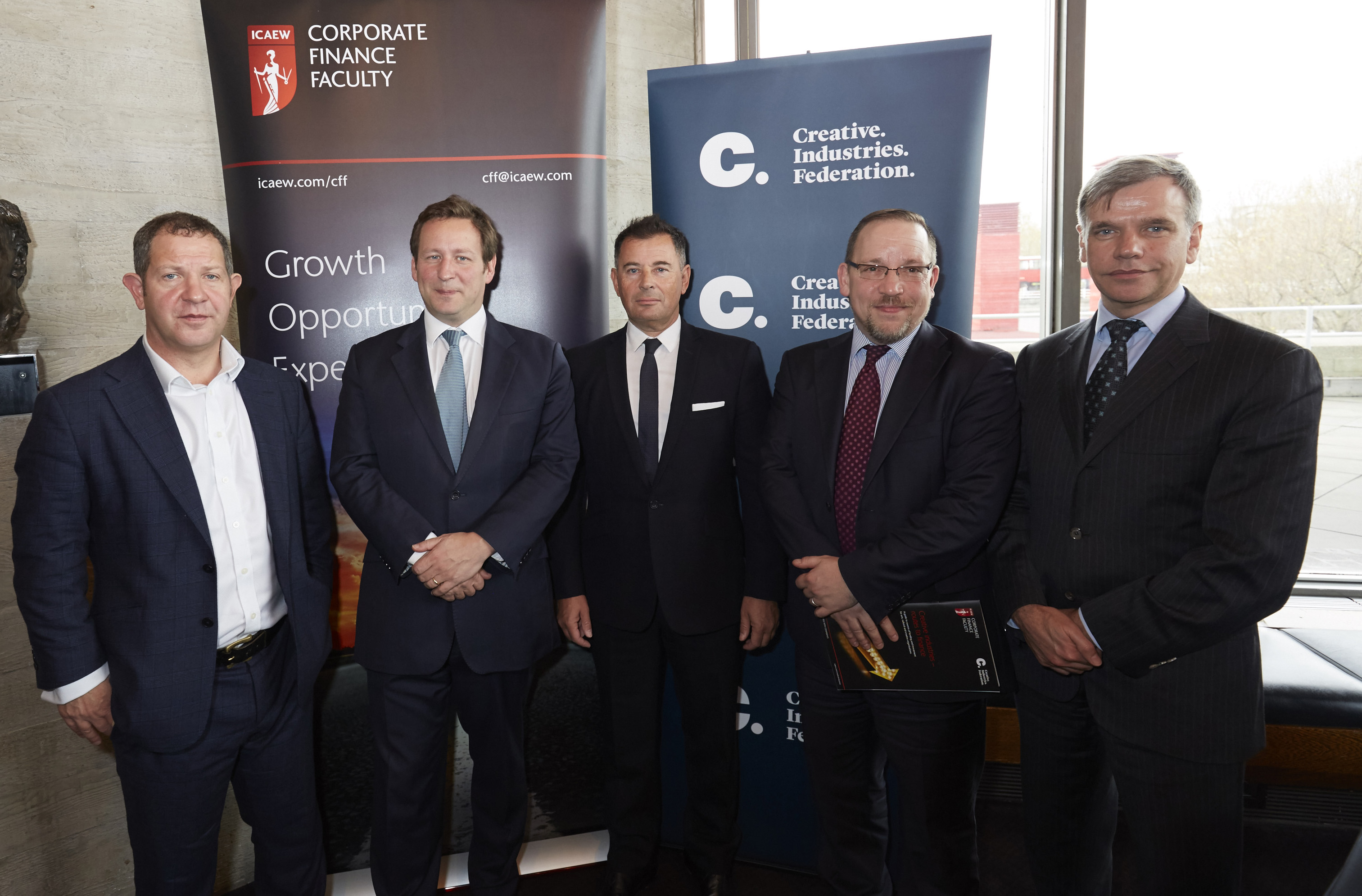 Although the creative industries are worth £77 billion in gross value to the UK economy and constitute the fast growing sector providing 1.8m jobs, enterprises within it are still finding it hard to get investment. An initiative from the private sector spearheaded by a new £40m fund aims to steer cultural industries away from the effects of expected subsidy cuts towards new sources. Simon Tait reports

The Autumn Statement was expected to threaten devastation for arts subsidy, with the Department of Culture Media and Sport braced to take a cut of between 25% and 40% in its allowance which would have to be passed on. It didn’t happen and instead the Arts Council, which believed it had made a good argument to the Treasury, was “shielded” from cuts, though the £10m a year cash increase it will receive to 2020 is a 5% real terms cut. However, arts subsidy in the realm of local government is still in serious danger and the need to compliment a public funding is as necessary as ever.

Nevertheless, the government’s positive new stance is encouraging not only the subsidised arts but to their non-public financial supporters. The culture-friendly private business sector, guided by the Creative Industries Federation (CIF), is taking a lead in steering towards non-subsidy sources of funding with a report, Creative industries – routes to finance, and a new £40m fund backed by the government’s new British Business Bank to help the creative industries has been, launched at the same time. The sector is becoming more and more subsidy light, and the intention is to put strength and resilience into what is being acknowledged as the UK’s main global “soft power”.

The report has been published by the Corporate Finance Faculty (CFF) of the Institute of Chartered Accountants in England and Wales (ICAEW), which has more than 128,000 members. It has been co-written by the CFF’s Shaun Beaney and the CIF’s John Kampfner. “The creative industries sector needs a way of combining public, philanthropic and private investment even more effectively if it is to continue to thrive” said the ICAEW’s chief executive Michael Izza.

Simultaneously, Edge Investments, the fund manager that specialises in investment in the creative industries, announced the £40m fund aimed specifically at small and medium sized enterprises (SMEs) in the sector that are working with original intellectual property – artists and makers, in other words. David Glick, Edge’s CEO, said the scheme would include mentors for businesses to stimulate their growth and innovation.

The government is four-square behind the scheme with the British Business Bank (BBB), set up by Vince Cable three years ago with £1 billion to seed SMEs with credit, the Economic Secretary to the Treasury, Harriet Baldwin, and culture minister Ed Vaizey all backing it. It is the first time the BB has specifically backed the creative industries.

But the scheme will not be a subsidy. The Edge fund will have a life of seven to ten years and will expect a return for its private investors of at least three times their investment in which intellectual property is exploited for its economic value.

“Our view is that a high degree of sector knowledge mitigates risk and also allows us to assess the most promising opportunities and most talented executives” Glick said. “There are nearly 160,000 creative industries businesses in Britain, yet despite being in this high growth sector many of them find it difficult to attract adequate capital to maximise their potential.”

Creative industries – routes to finance, however, is not a source of cash but has been devised as a guide to sources of funding, which Kampfner describes as a “how-to” guide. “There are many hard-working and successful businesses – both public and private – in the arts and creative industries but we all know there is always more that can be done to develop new sources of funding and build financial resilience” he said.

So the guide takes the cultural traveller in the financial world step by step from understanding the expectations of potential funders and, conversely, making it easy for funders to understand an arts organisation’s potential, with the potential lying in intellectual property that must be protected at all costs.

It lists sources of professional advice from Creative England to the CBI, and throughout the booklet there are web links.

However, public investment in the creative sector is still important, the guide insists. “Publicly funded arts organisations act as the R&D for the creative industries – both for new concepts and for people” as it quotes Sir John Sorrell, chairman of the CIF, going on to list sources of public funds.

Philanthropy has a historic place in arts funding, and in recent times the distinction between private giving and corporate support has been fogged, but giving does have assistance, from tax breaks to charitable status, and the guide takes the quester on both sides of a potential gift through what help there is.

And there are more options for private capital as well, with alternative lenders to the traditionally risk averse banks emerging. “The creative industries have been a lively sector for investment deals, mergers and acquisitions” says the report. “There were more than 70 significant company transactions with a total of £3.9 billion in 2014”. There are business angels, equity crowdfunding private equity and venture capital all among the new options, and there is now tax relief for film production, high-end TV production, TV animation, video games, theatres and orchestras.

There is a perception that the arts, creative and cultural industries are business naïve and not enterprising enough whereas many arts organisations have become much more financially astute in the lasts five years as subsidy has become a decreasingly important part of their business plans.

“The creative sector has great potential to develop many more creative-content businesses that could see fast, scalable growth, exports and generate high-quality, skilled and sustained employment” write Shaun Beaney and John Kampfner in the foreword to the document they have co-written. “Creative organisations are used to taking creative risks, so being open-minded, looking outwards and experimenting in fundraising are not big steps.

“But more financial help, advice and potential expertise would help them be even more effective.”