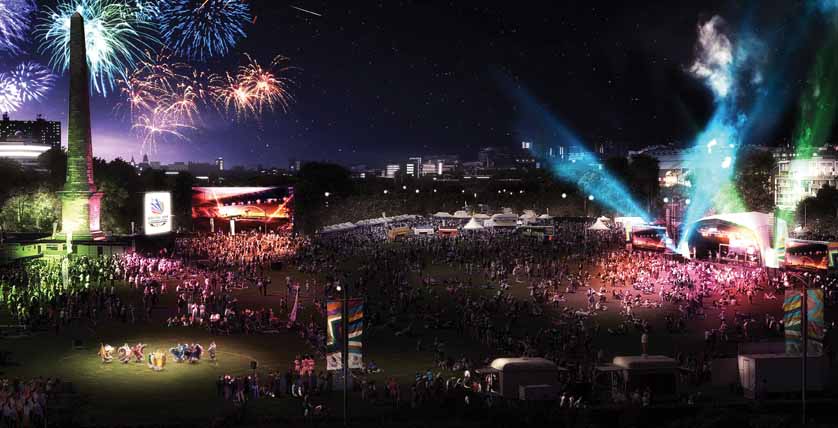 Should our cities take control of their culture? In the first article in our cities feature, Alex Homfray of BOP Consulting reflects on its UK Cities Culture Report, and on the government’s recent Comprehensive Spending Review. Both pose new challenges for culture

BOP has just launched the UK Cities Culture Report, based on interviews with 50 opinion leaders from the 12 major UK cities outside London, conducted over August to October 2015. As we hoped it might, the report uncovers new approaches to culture emerging within cities. We found a quiet optimism in this period of change. The agony of public sector cuts seems to be making way for the anticipated ecstasy of devolved powers. A fresh but fragile confidence is emerging.

All cities reported a commitment to culture. They see firm links between culture and regeneration, inwards investment and tourism. Several cities reported a fresh spirit of entrepreneurialism and collaboration in their cultural sector. Cultural organisations are responding to reduced resources by testing out co-commissioning, crowd-funding, shared spaces and pop-ups.

They ask for sustained investment to help these flowers to bloom. As Adrian Mills from Manchester told us: “There is a surprisingly refreshing sense of collaboration across the city. Some projects will take off and flourish, some will crash and burn; but city leaders need to be prepared for that and learn what they can.”

It’s not yet clear how the subsequent Comprehensive Spending Review (CSR) leaves the UK’s cultural sector or culture in our major cities. National cultural funding fared well. DCMS had its administrative budget cut by 20%, but Arts Council England escaped any cut. A medley of individual projects was favoured including, in major cities, £5m for the Burrell Collection and £20m for the mysterious Great Exhibition of the North and other cultural projects within the Northern Powerhouse. It was also revealed that The Factory in Manchester  will receive £9m revenue funding per year.

The worry is the further £6.1bn worth of cuts to local authorities. Apparently these cuts will be balanced by newly devolved budgets and local retention of business rate income. But will cities with a poor business base get locked into a spiral of reduced funds and reduced ability to stimulate growth? If so, culture, as a discretionary service, will suffer. Stephen Deucher of the Art Fund warns that: “It is the forthcoming local authority settlements that will determine the fate of the majority of the UK’s museums and galleries – the hundreds of institutions that are already under-resourced and vulnerable.”

The UK Cities Culture Report and the CSR therefore both demand a fresh approach to culture. To bring them together into one big challenge, can we sustain the energy and innovation in our cultural sectors to help cities flourish despite the  cuts?

BOP would answer a cautious yes, if the cultural sector is brave and is able to join up funding at national and local levels. We suggest the following ideas for the future.

One, it is time for city councils to embrace new roles as “enablers”. This means recognising that their city cultural sector is a network of practitioners and organisations, not a fiefdom dominated by top-down provision. Councils will need to be as independent and entrepreneurial as their cultural organisations. Councils might focus on articulating the collective vision for culture, brokering partnerships, and bringing new resources to the table such as developer contributions or national funding. As Bridget McConnell of Glasgow Life says in the report: “The public sector must provide the framework within which a strong, collegiate leadership can build a vision and plan for the next decade around a powerful and coherent vision and re-articulation of a new phase in culture-led regeneration”.

Two, a new governance model demands a new funding model. One idea coming out of the UK Cities Culture Report is the City Investment Fund. This is a single pot that combines local authority funding with national funding. This could be a new way for Arts Council England and local authorities to support each other to invest. The new memorandum between Bristol City Council and Arts Council England is a positive step, though note it does not include joint funding arrangements.

Three, funding should be linked to measurable outcomes, while encouraging entrepreneurialism in delivery methods. The City Investment Fund would streamline reporting, with no need for multiple reports to individual funders.

Four, with less local authority support likely to be available, cultural organisations must be equipped to tap into private support. BOP’s evaluation of Arts Council England’s Catalyst programme suggests that fundraising success is driven by skills and experience. Location is less important. With appropriate leadership and capacity building, effective fundraising is possible outside London.

The UK Cities Culture Report suggests cities are less focused on bricks and mortar now. It is possible that this will change if local authority support becomes more place-based in response to councils’ new powers to build and to set business rates.

So – five – BOP suggests a conceptual shift for both new and existing venues: opening out to become “cultural public space”. This means seeking to engage the widest range of people, introduce a wide set of ancillary services, and share functions and spaces with partners. There could be many wins: new audiences, partnerships and income, and reduced costs.

Surprisingly, digital was not mentioned much in the interviews for the UK Cities Culture Report. But it is clear to BOP that – six – culture has to be part of the “smart city” movement that seeks to deliver services to citizens digitally.

We hope that as the dust settles on the CSR, everyone will be able to remobilise to meet the challenges ahead. Really, we have little choice. So let’s move forward.

* The English core cities of Birmingham, Bristol, Leeds, Liverpool, Manchester, Newcastle, Nottingham, Sheffield; plus Edinburgh, Glasgow, Cardiff and Belfast. All of these cities except Belfast and Edinburgh are members of Core Cities UK.

Download the UK Cities Culture Report for free at www.bop.co.uk