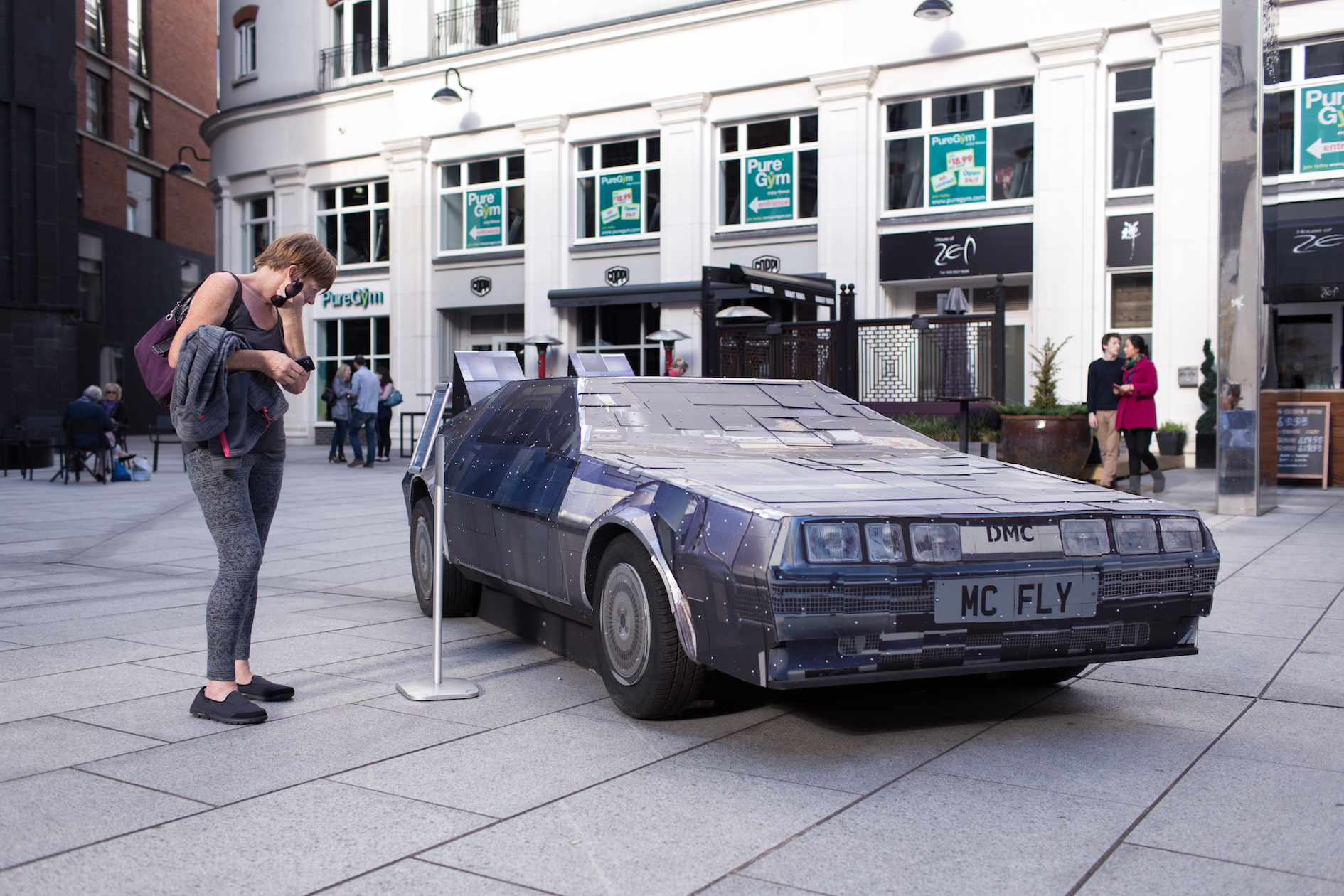 A&B, the organisation linking the culture and business worlds, has not completely disappeared. It is alive and well in the devolved countries. Patrick Kelly looks at Northern Ireland.

In Northern Ireland, apart, it seems, from leaving the EU’s customs union, they do things differently. Later this month, the arts world there gathers in for the major awards event of the year, the Arts and Business awards, sponsored by top flight bank Allianz.

Main picture: The Delorean, star of the film Back to the Future and made in Belfast, which was part of the Belfast Photo Festival

Arts and Business? wasn’t that an early victim of the austerity axe back in 2010? Not in Northern Ireland - the brand which disappeared in England following a devastating cut in support from Arts Council – has survived, and indeed prospered in the devolved nations. Scotland, Wales and Northern Ireland’s arts council bodies continued to back the idea of a bespoke body with a remit to link the arts world with the business sector.

Equally important in the salvaging of the Arts and Business brand in Northern Ireland, says its current chief executive Mary Nagele, was the determination of staff and sponsors to ensure that priority was given to maintaining arts special place in the hearts and minds of the business community. The UK version of Arts and Business was subsumed into the government backed body, Business in the Community. There it has to compete with the rival demands of other sectors trying to attract the attention of business leaders and observers say that the profile and clout of arts sponsorship in England has diminished within BIC. 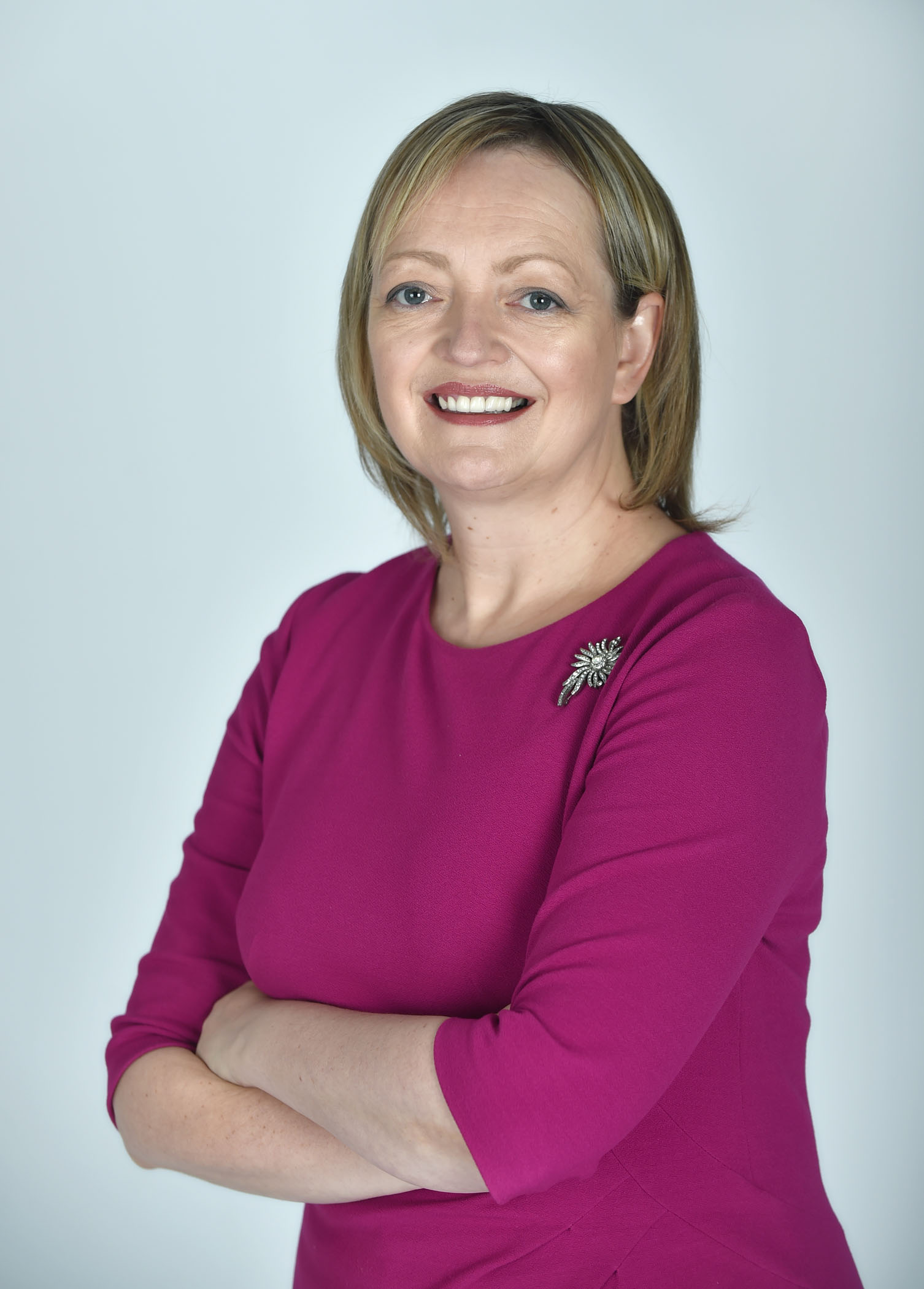 “Two things were vital in ensuring the continuation of Arts and Business in Northern Ireland,” says Nagele, “One was the dedication of staff and the Board to put in the hours to make the changeover happened smoothly. The other was the willingness of the Arts and Business parent organisation to ‘demerge’, which included negotiations for part of the organisation’s reserves.”

Also important were the close-knit relations already built up between local business and arts organisations. “It meant that people could see the point in keeping the organisation together,” says Nagele.

But although the brand, the people and the marketing knowhow of A and B has survived, what can’t be salvaged from the wreckage is the superb research and development expertise of the UK organisation.

Its this that’s missed most, she admits.

“The changing funding environment in the arts means you always have to be a step ahead,” says Nagele. “We have moved on from what could be called ‘straight’ sponsorship to more symbiotic relationships between arts organisations and businesses.” She cites the example of Belfast International Airport and the Kabosh Theatre company. The airport was plagued by a spate of laser pen attacks on aircraft, played by pranksters, but any one of which could have spelled disaster. In response Kabosh came up with the idea of Laser Lunacy, an educative play which sets out what happens in the cockpit of an aircraft when a laser light is directed at crew from the ground. 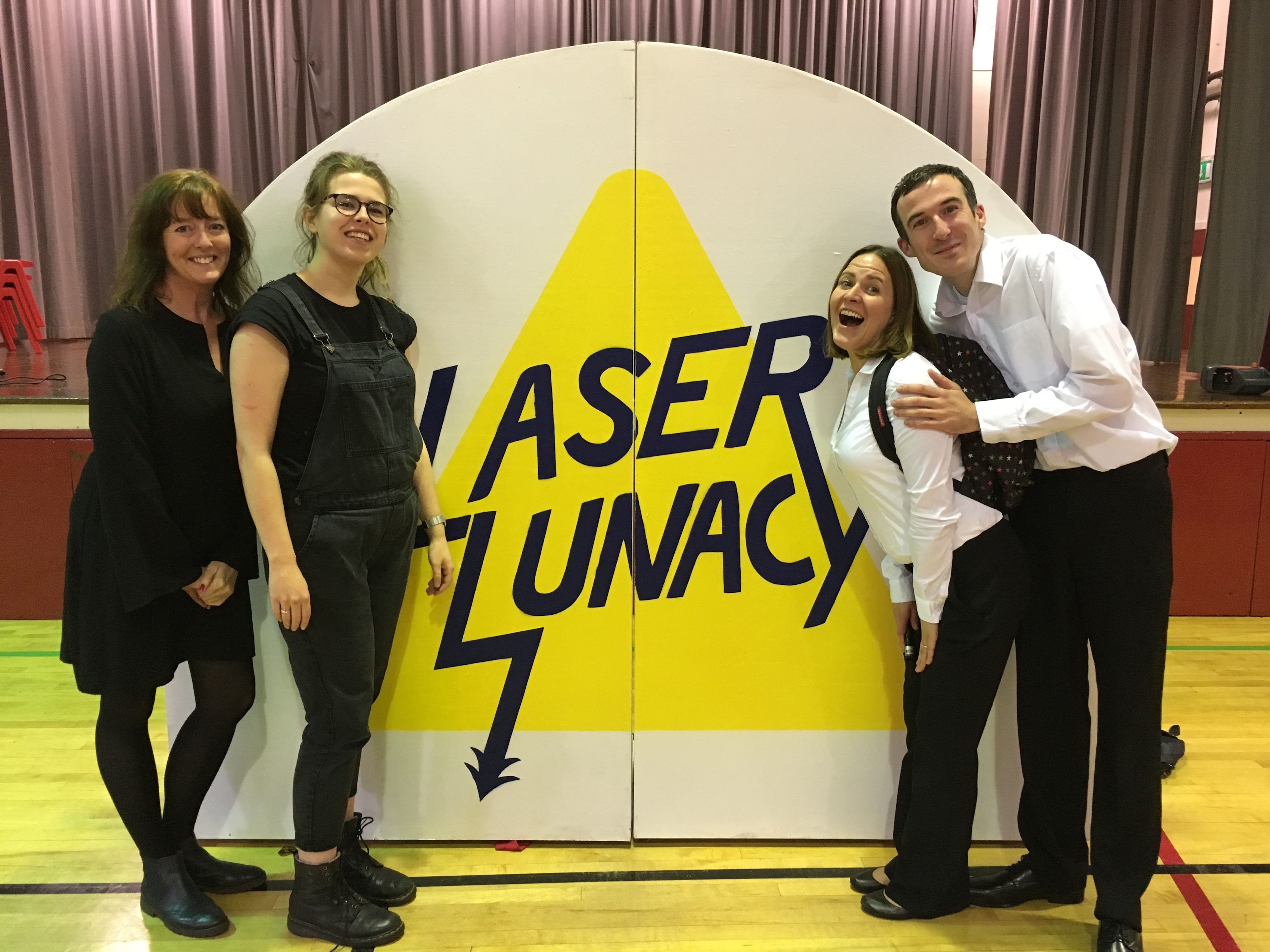 Over 2,000 pupils in schools got to see the twenty-minute drama since then the airport reported a dramatic fall in the number of attacks.

The airport’s HR manager, Jaclyn Coulter, said: “We have a very serious message to get across to young people and we thought that the most effective way of doing that was through drama. Kabosh devised the format which didn’t hold back on the dire consequences of shining a laser pen into a cockpit.”

The collaboration between printing company Iris Colour and the Belfast Photo Festival might seem an obvious tie-up but over the years, its developed a life of its own, with recent projects including Belfast first open air fine art exhibition and the creation of a model of the iconic DeLorean car, which attracted more than 40,000 visitors.

But it also brought the firm’s staff into contact with Michael Corbidge of the Royal Shakespeare Company, a renowned voice coach who runs courses for lawyers on argument and rhetoric in Shakespeare’s texts. Corbidge provided expert tuition on vocal techniques for practising lawyers. These are just three example of the continuing links encouraged by Arts & Business Northern Ireland, which go beyond straightforward sponsorship, says Nagele, who has been with the organisation since 2008. Prior to that, she was head of marketing & development at the Ulster Orchestra, Lyric Theatre and the Grand Opera House in Belfast. She also worked in a trade marketing role in the private sector for Bass Brewers Belfast, so has put her private sector expertise to good use.

Nagele is backed by a board chaired by the formidable Martin Bradley MBE, the former Mayor of Derry City Council, who also chaired the City of Culture Company 2013, responsible for delivering the first UK City of Culture in Derry/Londonderry. Bradley is also Chairman of the Millennium Forum Theatre and Craft Northern Ireland as well as former Chair of the much-missed Ormeau Baths art gallery in Belfast. Arts are the Business indeed!