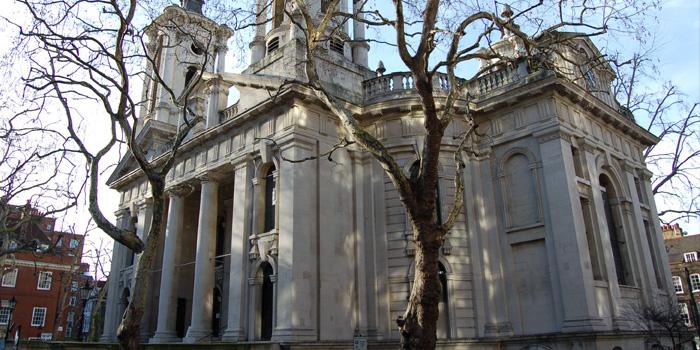 One of Europe’s great concert venues will close next year if a funding appeal launched today https://www.sjss.org.uk/savesjss does not succeed.

“I will not hesitate to close the place down if I don’t think in middle of next year that we have been able to develop a funding model which is sustainable”  the chairman of St Johns Smith Square (SJSS), Dr Martin Smith, has told AI.

Next year will see the 50th anniversary of the concert venue in the heart of Westminster – a favourite of MPs and peers - being opened in the restored church with the latest design technology. But it is now subject to leaks in wet weather, has sub-standard dressing rooms and an inadequate kitchen provision, Smith said.

The Grade I Listed church, which has never had revenue subsidy, costs £1-£1.25m a year to keep open, and its income for the last five years has been £800,000. “Each year we’ve made the short-fall up by ringing round the same generous philanthropists” he said. “But last year we couldn’t. We fell short aby about £100,000 and had to dig into the reserves, which are now seriously depleted. We cannot go on like this, we can’t keep asking the same people over and over again”. SJSS’s patron is the Duchess of Cornwall who has hosted successful fund-raising events, “but we can’t keep asking her to do that” Smith said.

The appeal is seeking an urgent £250,000 to cover the costs of the next 12 months, but a total of £5m to change the funding base of the concert hall. Last year was one of SJSS’s best years ever for box office, and other income coming from letting as well as from its popular restaurant.

The money is needed to for the maintenance and upkeep of the historic building, and to continue to provide a full, varied and dynamic programme of arts and cultural activities within St John’s, the appeal says. “What we need” Smith said” is a person or combination of individuals who year in year out will write cheques for £200-250. It's a big ask”.

Opened in 1728 after a 14-year building programme the church of St John the Evangelist was the masterpiece of Thomas Archer, part of the famous Commission for Building Fifty New Churches of 1710 and the most elaborate, It served as a parish church for more than two centuries, surviving a major fire in 1842 and being struck by lightning in 1815. Benjamin Britten’s parents were married there and Emmeline Pankhurst’s funeral in 1928 was there.

But it in 1941 it was gutted by an incendiary bomb and it became derelict. Talk of turning it into a carp park galvanised a campaign to save it, and it was restored and reopened as a concert hall in 1969. The only change since then has been the addition of a lift for the disabled 20 years ago.

"Just to come across it in that quiet square is an event” said the architect Sir Hugh Casson. “To enter it, to enjoy its spaces, to listen to fine music within its walls is an experience not to be matched in conventional concert halls and is a lasting tribute to the man who designed it."