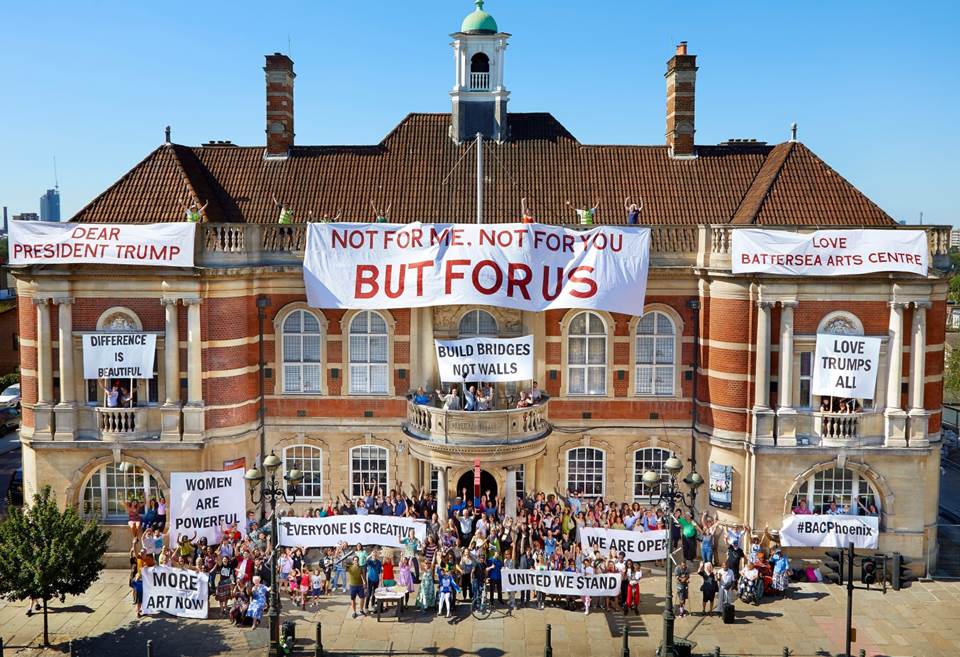 Three years since Battersea Arts Centre’s great hall burnt down, it is pre-empting it autumn opening today with a defiant message for Donald Trump https://www.bac.org.uk.

“We wanted to champion the principles which have enabled the organisation to get back on its feet” said the centre’s artistic director, David Jubb, “so we devised a photograph of our friends coming together, pictured with our collective values.

“When we heard that President Trump was also visiting the UK on 13th July, we looked at the values we were seeking to celebrate – which have characterised the 125-year history of Battersea’s former Town Hall. We felt that they were in contrast with some of the values which President Trump’s leadership has come to represent.

“’Not for me, Not for you, But for Us’ is Battersea’s mid-19th century motto and is one of Battersea Arts Centre’s core values. We think it captures a spirit of generosity and shared endeavour” he said.

The renewed grand hall opens informally today with a ten-event “Phoenix season”, a prelude to an official reopening on September 6.  Phoenix Season