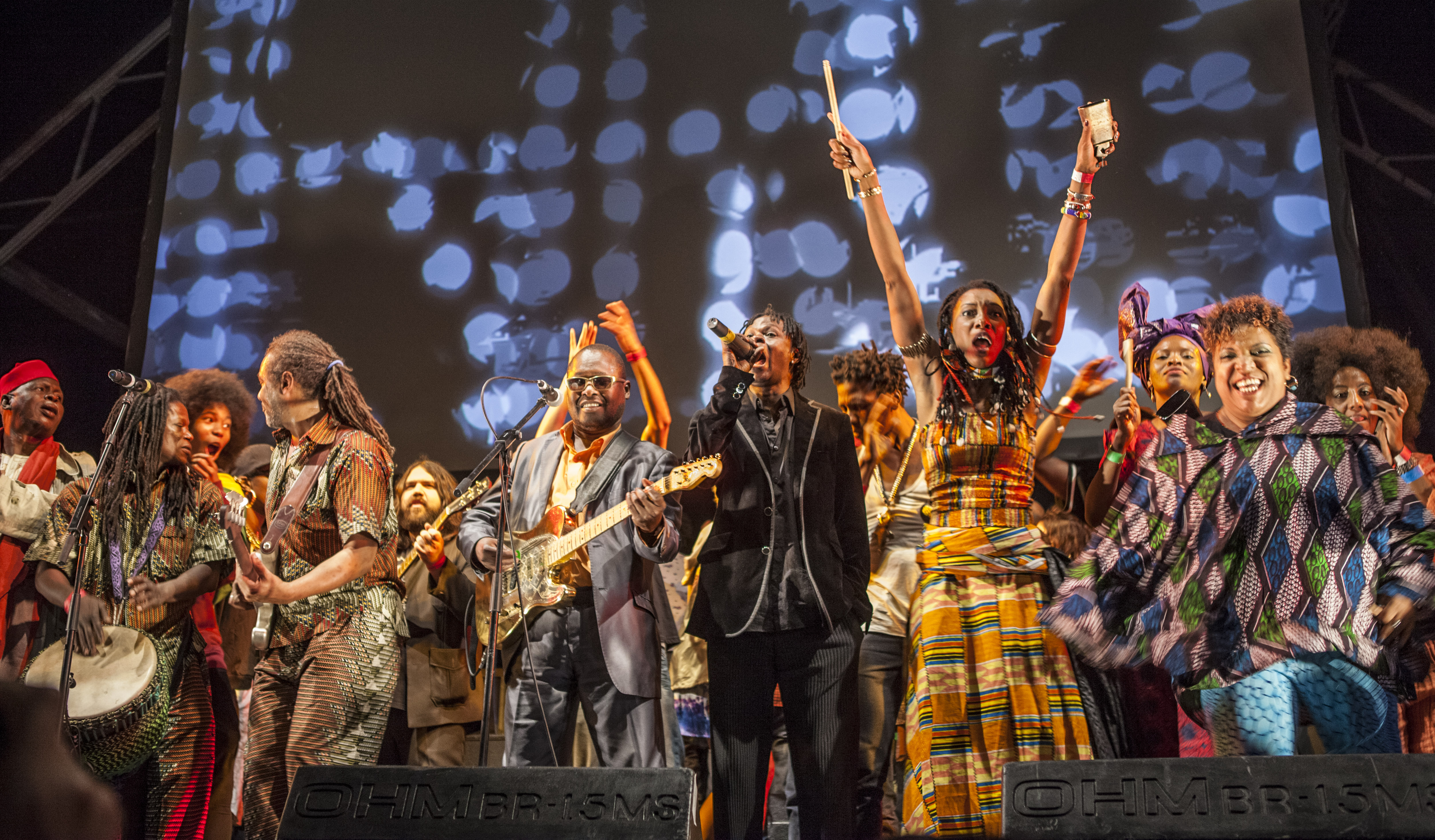 Albarn and Bourne headline for first London Borough of Culture

Local Waltham Forest heroes Matthew Bourne and Damon Albarn are in the line-up for Waltham Forest’s year as the first London Borough of Culture in 2019.

London Mayor Sadiq Khan announced a three day opening celebration in January, Welcome to the Forest, with Mercury winner Talvin Singh will collaborate with the digital artists Greenaway and Greenaway and students of Leyton Sixth Form College for an audio-visual display telling the story of the borough.

At Lloyd Park, Nest, a 25m-wide kinetic light sculpture designed by Marshmallow Laser Feast in collaboration with composer Erland Cooper, will present an immersive audio-visual experience, and the opening event will culminate in a street party curated by locally-based festival producers Continental Drifts, combining music, food and performance drawn from the diverse communities of Waltham Forest.

Also in partnership with the National Portrait Gallery, the Government Art Collection will display the work of internationally-famous British artists in shop-windows, libraries and venues across the borough, making art accessible to local residents as part of their everyday lives.

Matthew Bourne’s dance company New Adventures will be Dancers in Residence based at Roger Ascham Primary School, where Matthew Bourne attended, and working with the whole school over three months to create a final show at Walthamstow Assembly Hall.

Local Leytonstone boy Damon Albarn will lead Africa Express: TOGETHER, bringing together musicians from different cultures, genres and generations to break boundaries and promote cross-cultural collaboration through music for a five-hour headline show in March.

The year will include two of London’s biggest festivals, and a film festival inspired by the work one of the borough’s most famous natives, Alfred Hichcock and in partnership with the National Portrait Gallery the Government Art Collection will display the work of internationally-famous British artists in shop-windows, libraries and venues across the borough as well as exhibitions at the William Morris Museum.

“Today sees the beginning of an exciting journey to be the first ever London Borough of Culture” said the year’s creative director Sam Hunt. “Our ideas for the programme start with the community itself, not just drawing on the legacy of the arts and crafts movement inspired by William Morris and the many famous Waltham Forest artists who have made it to the top, but also the thriving creative powerhouse of small-scale artistic production driving us forward right here and now in the borough.”