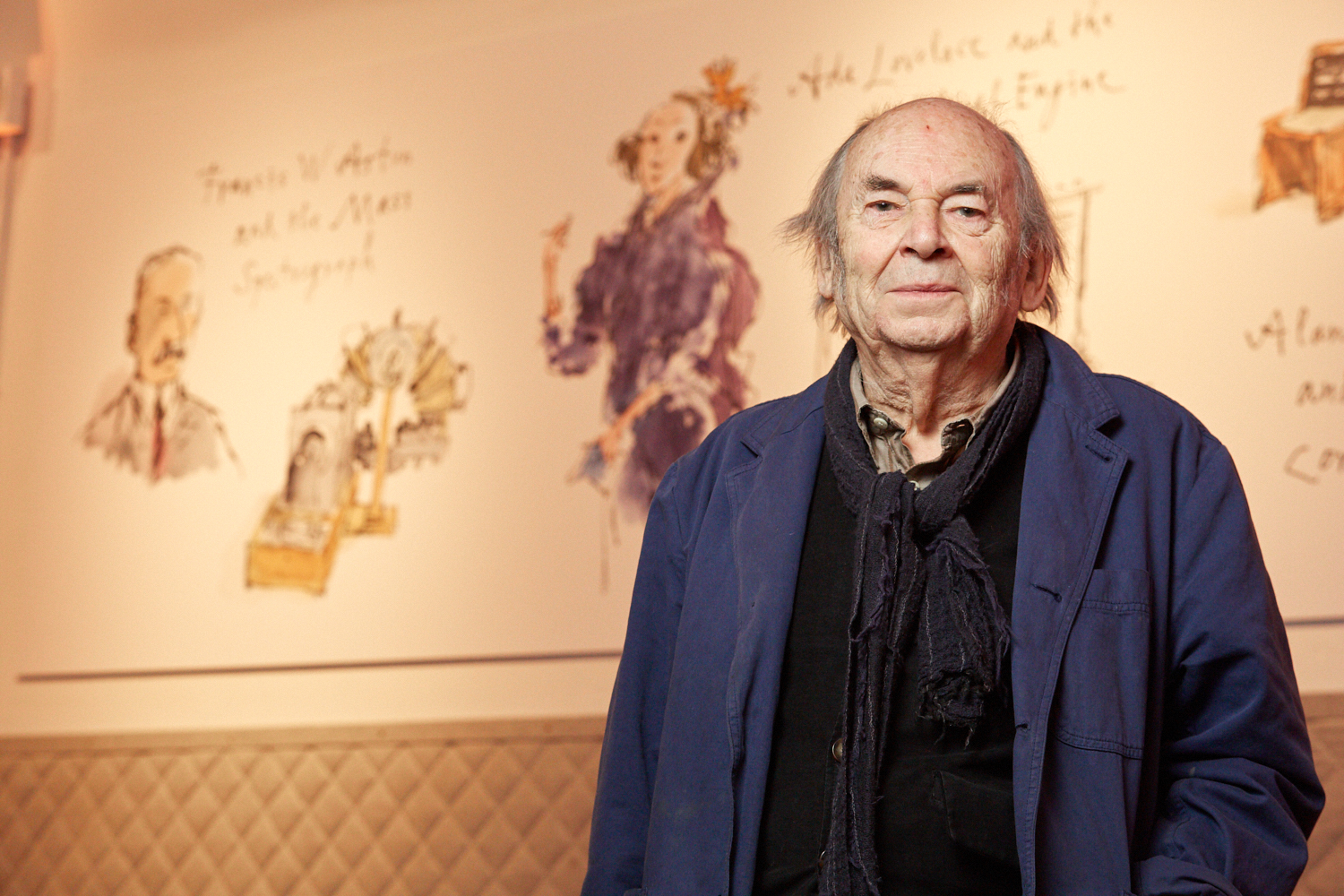 Former Children’s Laureate Sir Quentin Blake has created a mural for the Science Museum in London, outside its Wonderlab: The Equinor Gallery.

The new gallery has been devised to appeal to families and immerse them in the wonders of science and maths through some of the astounding discoveries of history.

Twenty men and women who have made their marks in science and technology now adorn five large panels, including Ada Lovelace (below) beside the analytical machine she helped build, a forerunner of the computer; Richard Arkwright, inventor of the Spinning Jenny; and the aviator Amy Johnson. 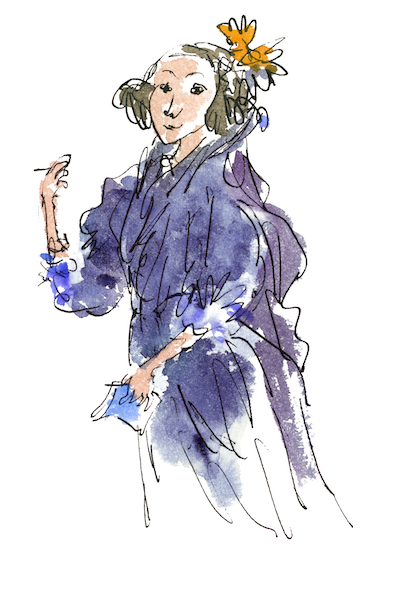 He was commissioned by the museum’s chair Dame Mary Archer, with whom he had previously worked at the Rosie Birth Centre in Cambridge, and described the invitation as “irresistible”.

Now 86, Quentin Blake has drawn and painted all his life, but is best known for his illustrations for children’s books, especially the Roald Dahl stories.