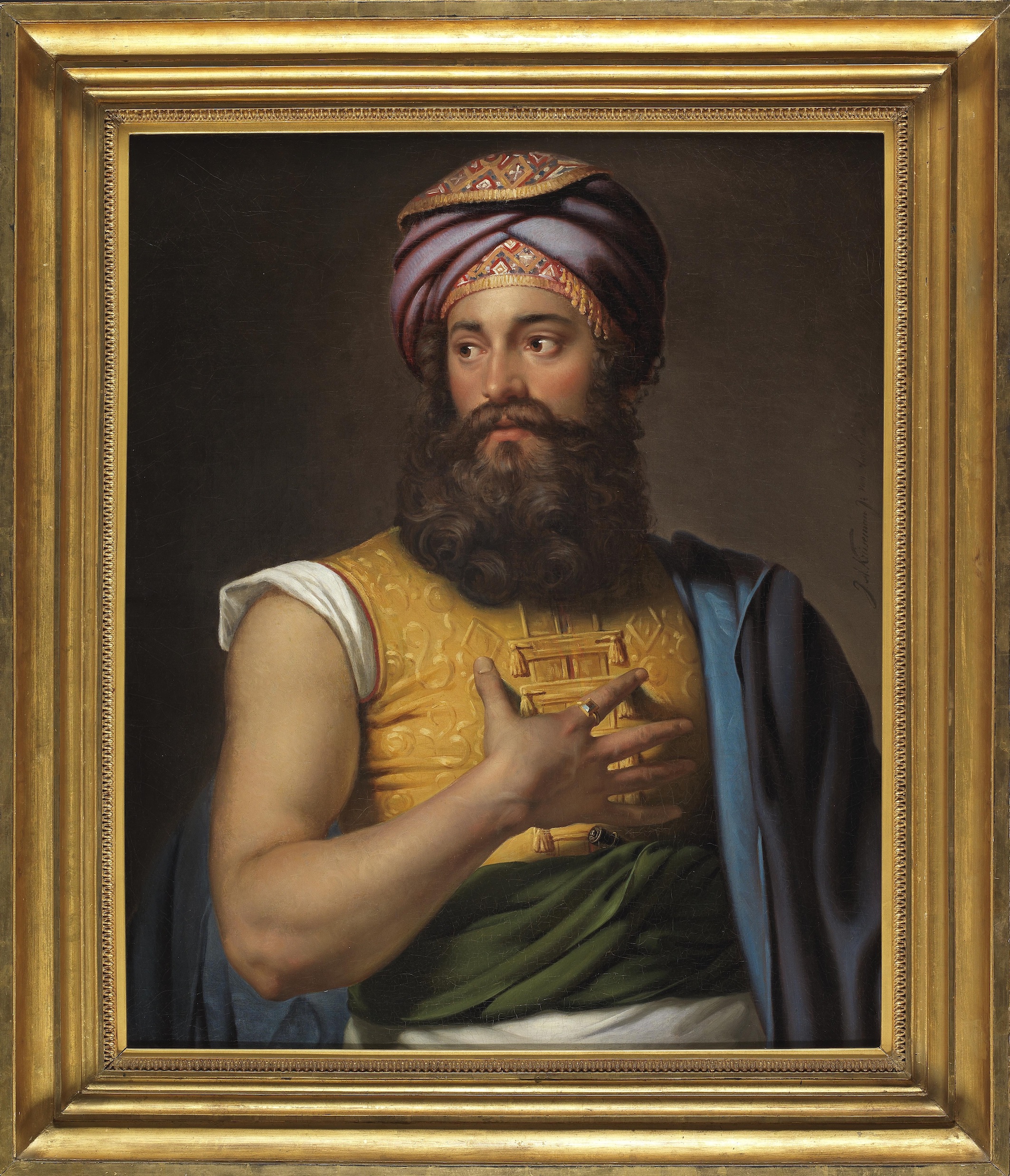 Fitzwilliam’s gift of the Great Belzoni

The larger than life archaeologist, explorer and circus strong man known as the Great Belzoni is to adorn Cambridge’s Fitzwilliam Museum.

A portrait by Jan Adam Kruseman (1804-1862) thought to be of Belzoni has been given to the museum through the Cultural Gifts Scheme by the dealer Daniel Katz Limited in honour of the Fitzwilliam’s former director, Tim Knox (now director of the Royal Collection).https://www.fitzmuseum.cam.ac.uk

Giovanni Belzoni (1778-1823) was born in Italy and studied hydraulic engineering before travelling throughout Europe and coming to England in 1803. Standing more than 6ft 7ins, Belzoni worked as a circus strongman at Sadler’s Wells Theatre among other venues under the stage names the “Patagonian Samson” and the “Great Belzoni”, but was also interested in phantasmagoria and experimented with magic lanterns in his shows.

In 1815 Belzoni sailed to Egypt to help the British consul, Henry Salt, to remove and transport objects like the granite head of Ramesses II to England for the British Museum.

In 1823, the year of his death and a year before the painting was completed, Belzoni presented the Fitzwilliam with the lid of the sarcophagus of Ramesses III, which he had discovered in the Valley of the Kings and transported back to England, beginning the museum’s extensive collection of Egyptian art. He died from dysentery during an expedition to Timbuktu.

“I acquired this painting due to my deep love for the study of Egyptology, an interest I have held since I was a young man” Daniel Katz said. “Belzoni was responsible for bringing some of the most important and beautiful ancient works of art to this country, including works in the British Museum, the Sir John Soane’s Museum and, pertinently, the Fitzwilliam Museum. I know Tim Knox shares my love and passion for the ancient world, and therefore I thought it a most appropriate gift for the Fitzwilliam Museum in honour of Tim.”

Between July and October next year the portrait will be at the heart of an exhibition about Belzoni in the Fitzwilliam's Octagon Gallery.