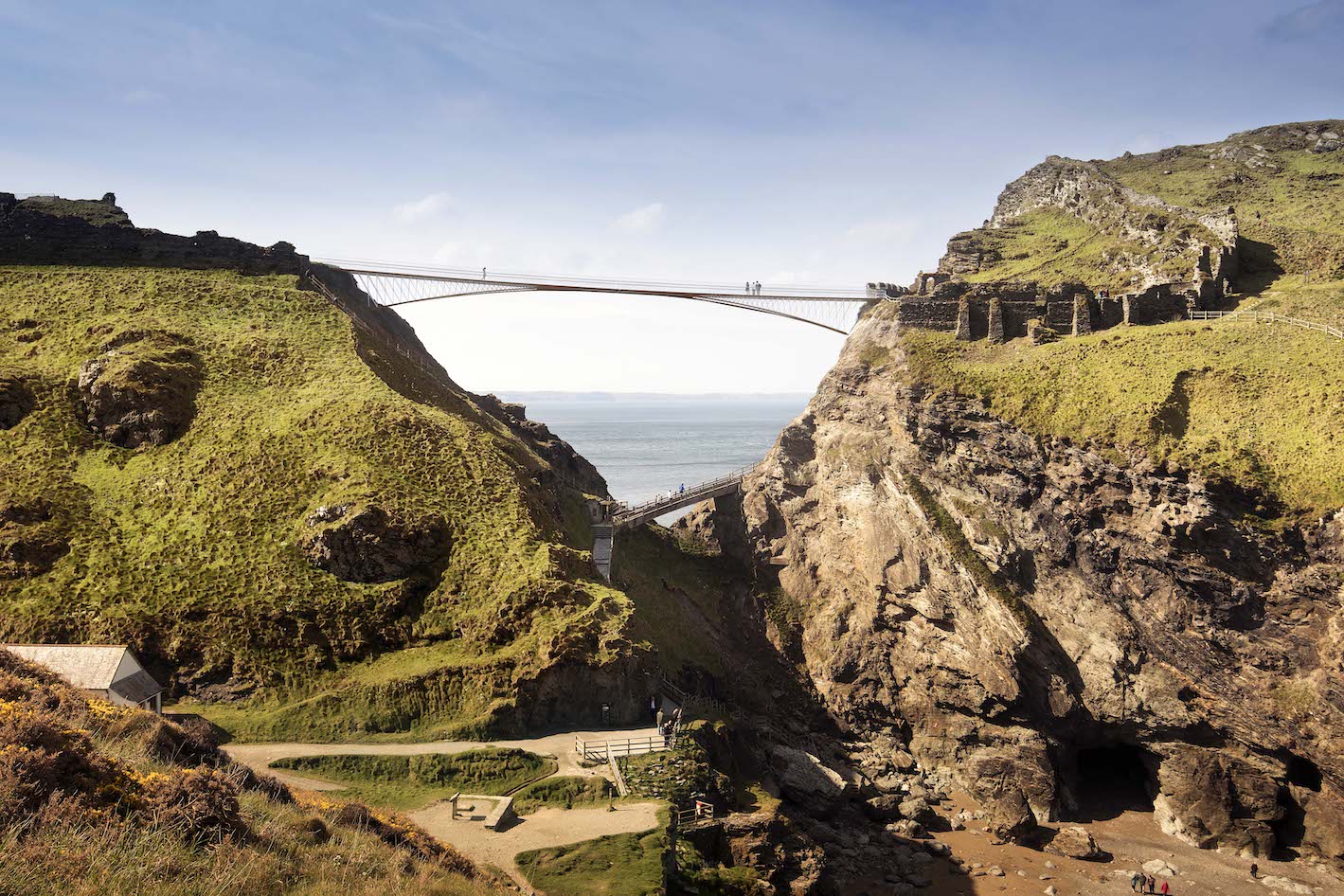 Tintagel Castle in Cornwall, traditionally associated with the legends of King Arthur, is to get this dramatic new bridge as part of a £5m English Heritage improvement programme.

The 13thcentury castle is divided between a mainland and an island, and the bridge, opening in May, will follow the path of the original land bridge.

Designed by engineers Ney & Partners and the architects William Matthews Associates the 70-metre bridge will attempt to recreate the medieval atmosphere. Currently the remains of the castle are reached by a challenging steep stone stair. The programme will also improve footpaths around the site, which is currently closed to the public.

Set 57 metres above sea level, the slender cantilevered bridge echoes the entrance that gave the castle its name – the Cornish Din Tagell means "the Fortress of the Narrow Entrance".

The area in North Cornwall was an important trading base in the 5thcentury which has led to tradition linking it with the Arthurian tales set in the Romano-British period, but the remains are of a fortress built on the site in the 13th century by Richard, 1st  Earl of Cornwall (1209–1272), younger son of King John and one of the wealthiest men in Europe. Later it fell into disrepair, and excavations in the 1930s found traces of an earlier settlement on the site.