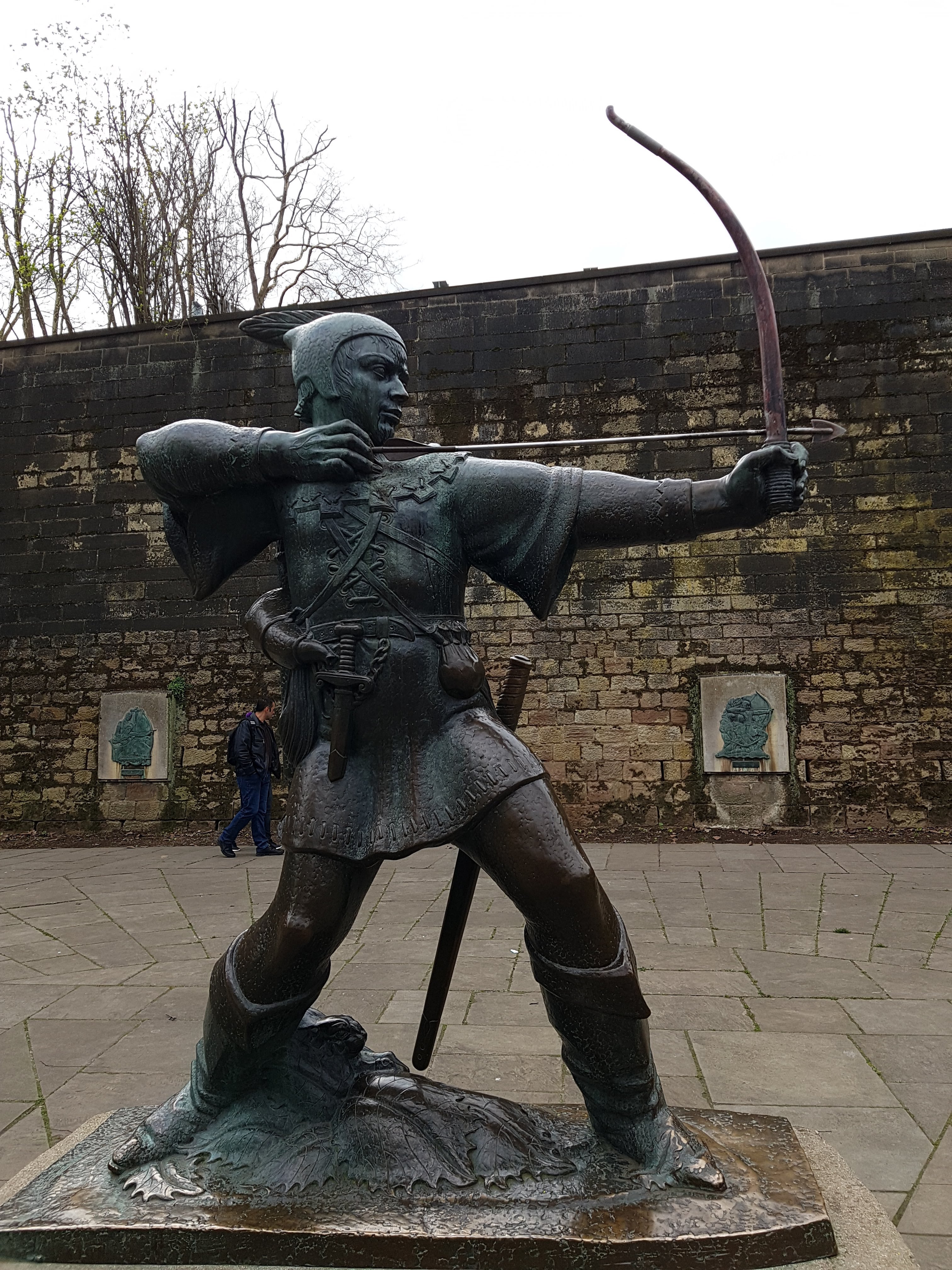 Robin gets another string….

Robin Hood, the Grade II listed statue outside Nottingham Castle, is to get a new bow after it was vandalised.

The statue by James Woodford representing the legendary local hero was given to the city in 1952 by a local businessman, and has suffered a series of attacks over the years.

The latest has been the worst, but restorers Lost Art are able to use a cast from the original sculpture and the city council to make a new bow. Work begins today (March 28) on the £6,000 repair.

The statue is in the area of the Nottingham Business Improvement District, a group pledged to improving the historic area, which has also agreed to clean and restore other plaques and sculptures near the statue depicting the Robin Hood tales, install CCTV cameras in the area’s lighting and carry out landscape improvements.