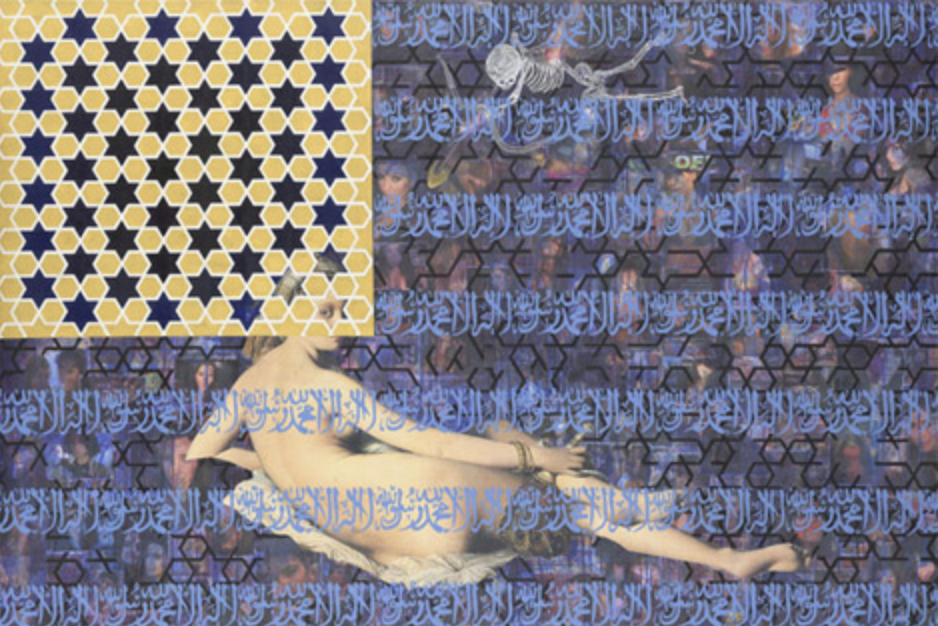 The Saatchi Gallery in West London has taken the decision to cover up works by artists SKU that feature an Islamic declaration of faith, following complaints from Muslim visitors that they are blasphemous.

Two paintings in Rainbow Scenes, a new exhibition of SKU's art, incorporate the text of shahada - one of the five pillars of Islam - juxtaposing the Arabic script against a nude woman in a pastiche of the American flag.

The gallery refused demands from visitors that the paintings be removed, insisting it was up to visitors to draw their own conclusions about the works' meaning, but did agree to SKU's suggests a compromise of covering them with sheets.

The artist told the Sunday Times in a statement "It seemed a respectful solution that enables a debate about freedom of expressions versus the perceived right not to be offended."

The gallery describes the theme of the exhibition as "how we, as individuals, are subjected to wider cultural, economic, moral and political forces in society."