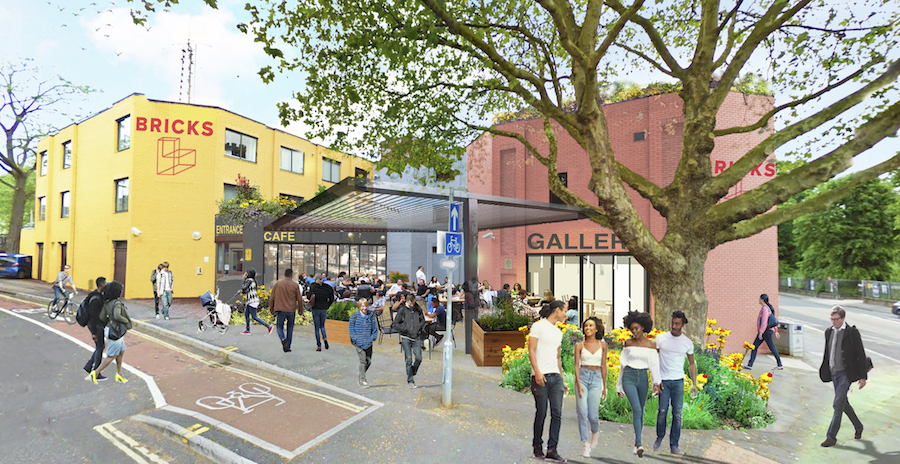 Bristol's Bricks aim to reclaim police station for the arts

Bristol's arts charity Bricks are hoping to create a new arts hub in one of the city's old police station.

Avon and Somerset police confirmed earlier in 2018 they were planning to dispose of the large Trinity Road police station complex, in the city's Old Market district, as it was too large and expensive to run.

It's due to go up for sale later this year. But the people behind Bricks believe there is a feeling among locals that the property should remain a community asset, providing a space for Bristol's vibrant artist community.

Bricks chair fo trustees Kim Wide, who is also CEO of socially engaged arts practice leaders Take a Part, said "This is an exciting opportunity for the artists and community to work from the very start together to create something that is meaningful and sustainable for everyone involved."

Jack Gibbon founded the charity that would become Bricks in 2017 when awarded a grant to research and develop new ways of creating artist spaces.

He said "When Trinity Road Police Station became available for purchase, it made obvious sense as the focus for a new type of arts and community space.

"The location could potentially join the dots in the visual arts ecology for Bristol, as well as supporting and connecting the local communities of Old Market, Newtown, and St Judes."

The charity's aim is to buy the property with a combination of grants, mortgage, and crowdfunding to protect it from being sold on and developed once the hard work of the artist community has revitalised the area.

Bricks submitted a tender proposal to Somerset and Avon police on April 26 setting out their vision for the space and how the funds they need will be raised.