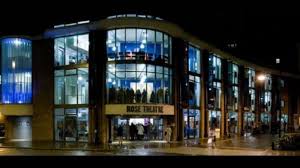 Kingston Council’s withdrawal of funding may see the closure of the Rose Theatre, created by Sir Peter Hall and opened in 2008.

The local authority has decided to cancel its annual grant of £265,000 after 2022, which theatre chairman Chris Foy has said would make the venue inoperable.

He has written to councillors saying: “You have no idea how damaging your plans will be, to the theatre and to all those who benefit from the support you provide”, adding that the Rose was founded as a charity, supported by the local council and Kingston University, and not as a commercial theatre. He said there is no replacement for local authority funding – “If there were we would have done it already” he said.

But the council believes the Rose has not been operating commercially enough.  “We think they can act more commercially and become more efficient in the way they are run” said the council leader Liz Green. "No-one is denying it is an asset. We want to work with them to look at how they use it.

“We face having to make savings and simply can’t afford to spend more than a quarter of a million each year on this. We have always said the theatre should be self-sustaining in the long term.”

The design of theatre was based on the Rose Playhouse at Bankside, which this week celebrated 30 years since its remains were saved from developers. The new stage has a thrust apron among the lines of the original, and the front of the stage is kept seat-free, as it was in the place where plays by Marlow and Shakespeare had their first presentations. Hall, who died in 2017, was succeeded in 2008 as artistic director by Stephen Unwin.

It cost £11m to build, with £5m coming from the council, Kingston University, Hal himself and the Friends of Kingston Theatre.