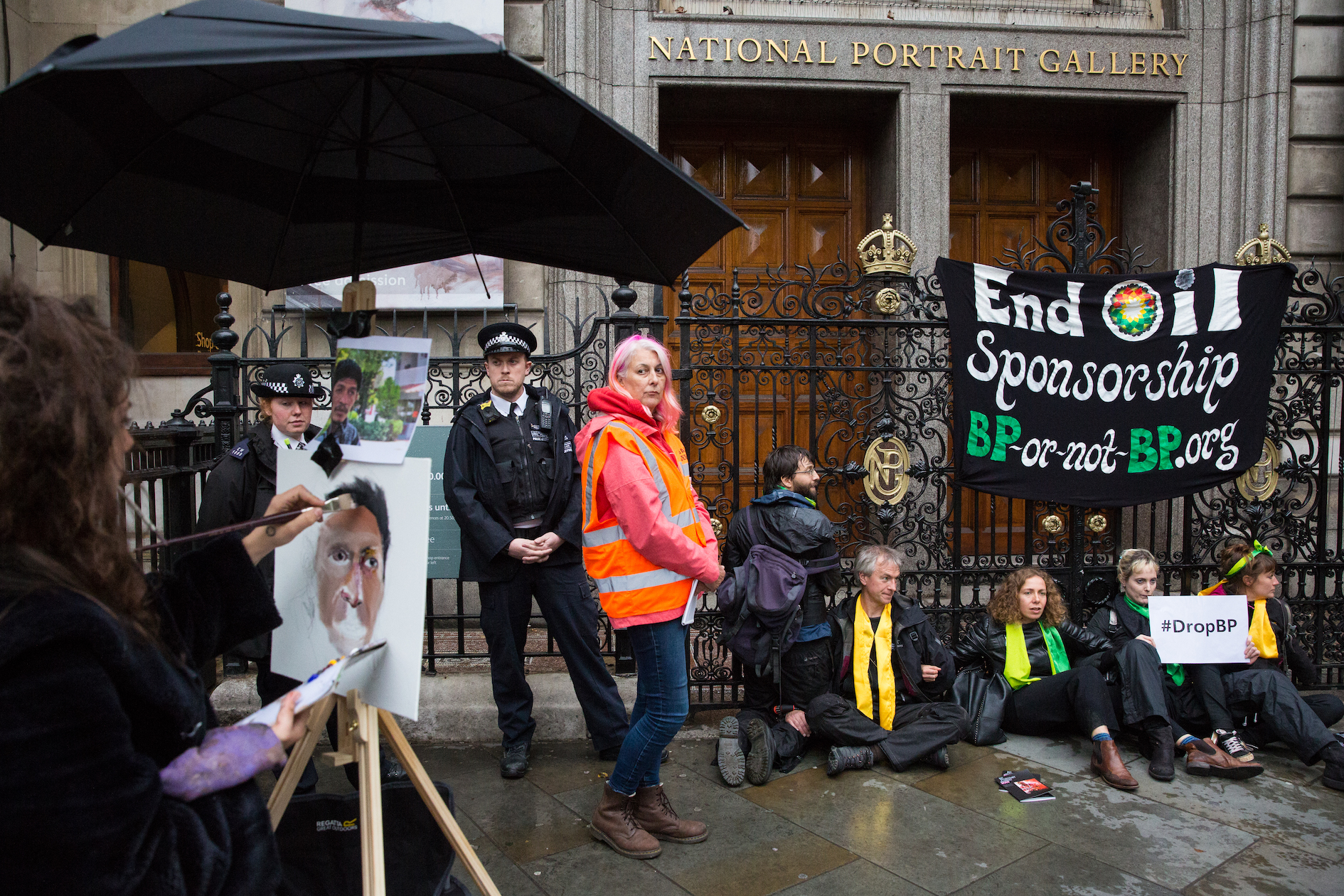 Protestors against the BP sponsorship of the National Portrait Gallery’s annual portrait award prevented guests from entering the main entrance at the gallery last night, forcing them to clamber over a railing to get in.

The 2019 prize of £35,000 and a commission was won by Brighton-based Charlie Schaffer, 27, for his Imara in her Winter Coat.  It is the first time the artist, who graduated from Central St Martins in 2014, has been selected for the exhibition, which runs from June 13 until October 20. 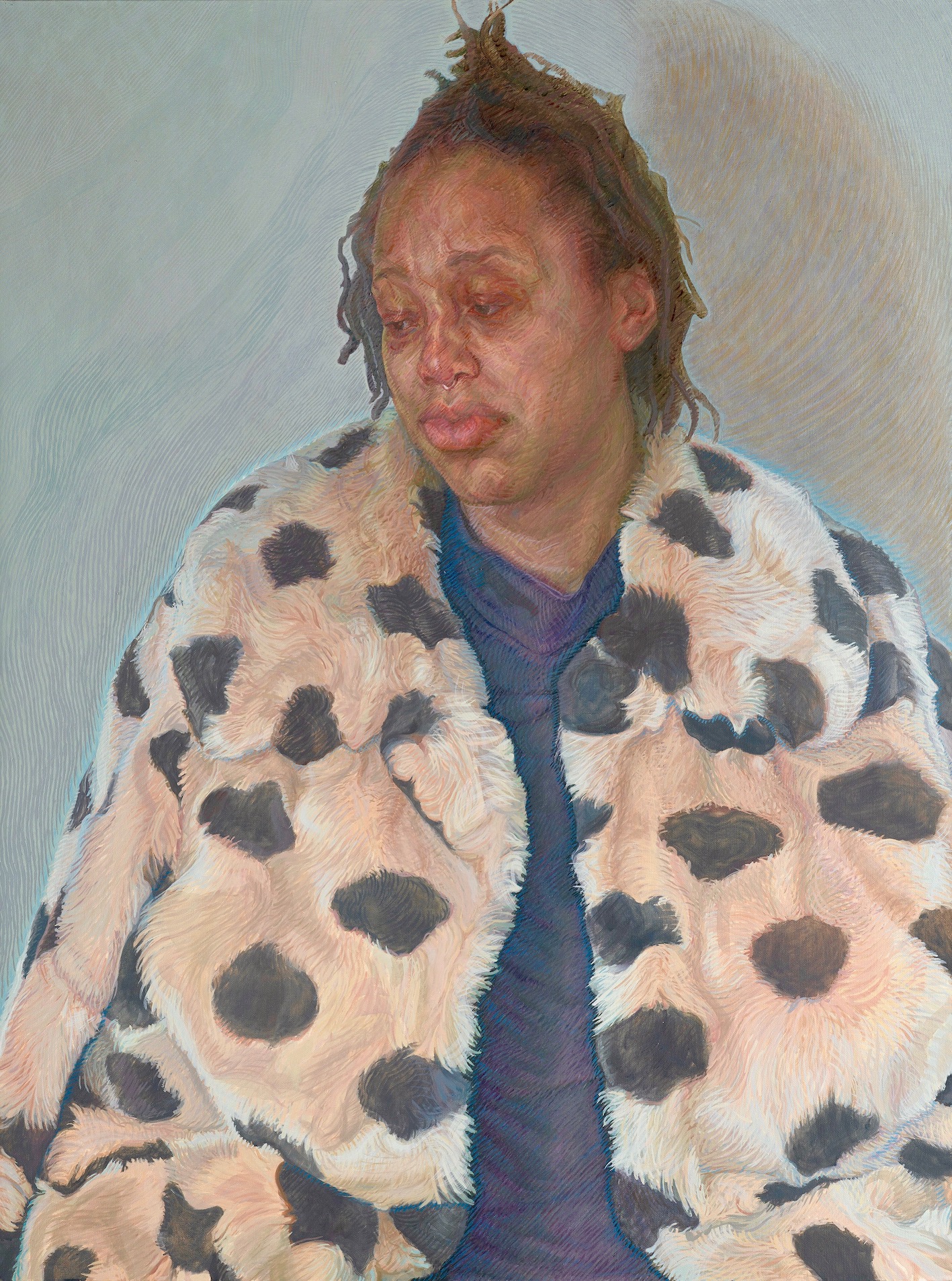 The winning  portrait: Imara in her Winter Coat by Charlie Schaffer

Second prize of £12,000 went to Carl-Martin Sandvold for The Crown; third winning £10,000 was Massmiliano Pironti with Quo Vadis; and the BP Young Artist Award of £9,000 was won by Emma Hopkins for Sophie and the Girls. This year there were 2,538 submissions from 84 countries.

The judges praised the portrait’s mannerist style, and “the skilful depiction of a combination of several different textures including faux-fur, hair and skin are revealed by prolonged looking and together these produce an image that is traditional, but clearly contemporary”.

But the awards were overshadowed by the 60-minute protest by 30 activists against the sponsor, BP, as an exploiter of fossil fuels. 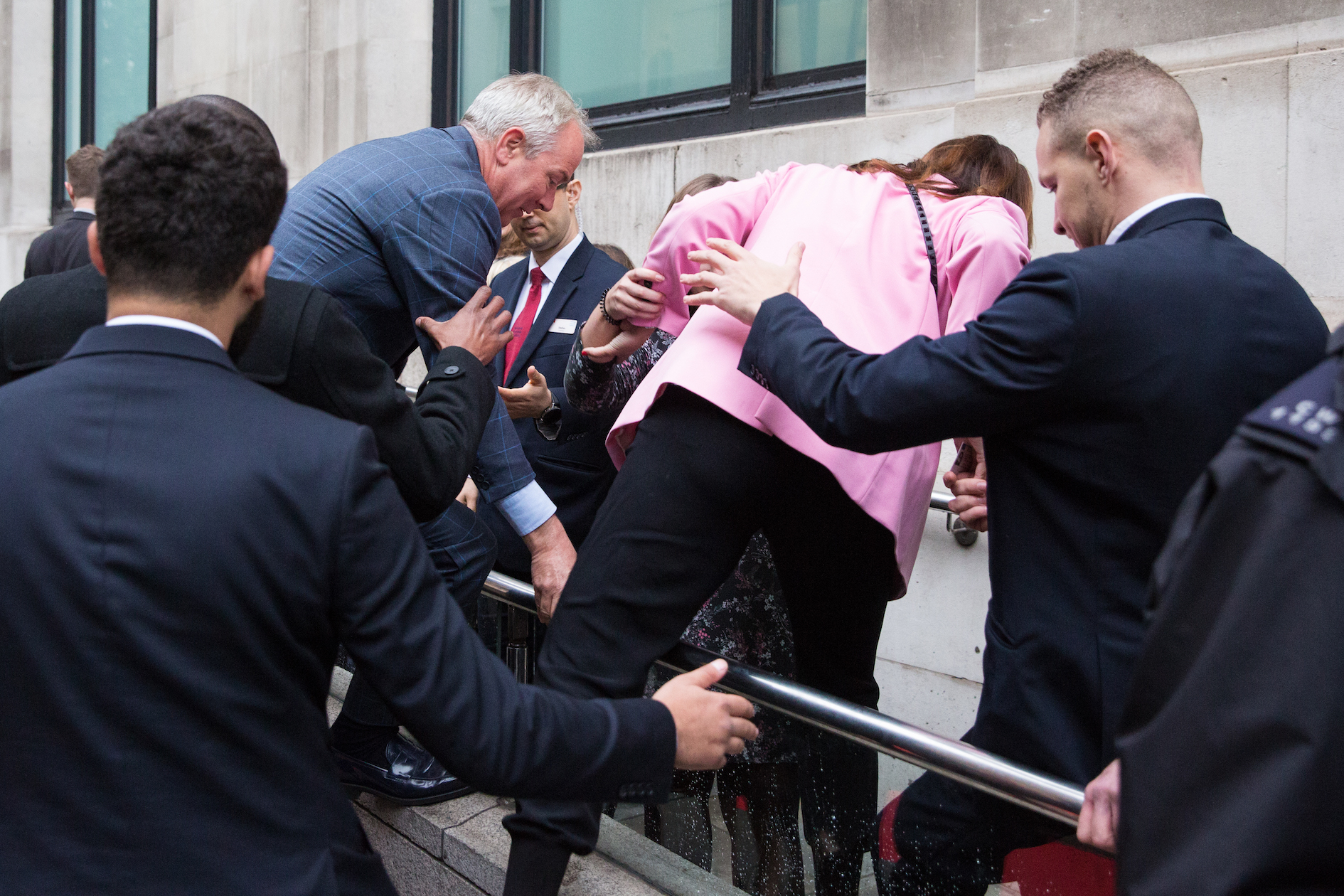 “The climate crisis is unfolding at terrifying speed” said Sarah Horne, one of the protestors. “Those who have done least to cause the problem are worst hit, while oil companies like BP continue to rake in massive profits while actively making the problem worse. BP spends tens of millions every year lobbying against climate action and blocking clean energy alternatives while pushing for access to yet more oil and gas that we cannot afford to burn. The National Portrait Gallery needs to stop giving this destructive and irresponsible company a veneer of respectability it does not deserve.”

BP replied in a statement: “We support the Paris Agreement and are taking action to advance the world’s transition to a low-carbon future. We’re reducing emissions from our own operations, down 1.7m tonnes last year, improving our products to support our customers’ efforts to reduce their emissions and creating new low-carbon businesses. We are committed to being part of the solution to the climate challenge facing all of us.”

The NPG said the sponsorship was now in its 30thyear and encouraged talented artists, giving them wider recognition with an exhibition that is free for more than 275,000 visitors a year.