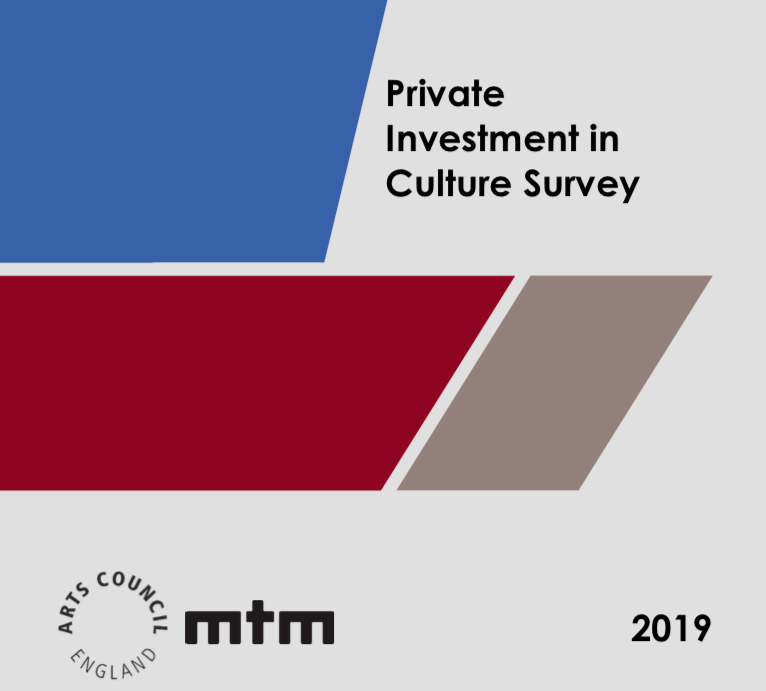 Arts philanthropy up – but…

…private giving is flagging and uneven, according to the latest ACE report.

Private investment in culture, of which individual giving is the biggest form, has grown by 8% in three years, according to the latest Arts Council report with the consultancy MTM, but it is skewed towards the largest arts organisations.

Total private investment in 2017/18 was up to £545m from £505m in 2015/16, but most of the growth was in the first two of the three years, says the report published today (June 18), against a backdrop of falling subsidy from central and local government.

The growth has been with trusts and foundations, up from 29% to 28%m, while individual giving fell from 51% to 43% and business investment down from 20% to 18%. Of the artforms, only literature has experienced no growth in private investment.

But the funding is skewed towards the 50 richest organisation who receive almost 60% of the total private investment, while those outside the top echelon have to rely more on artists and foundations. And although investment is expected to grow in the regions, 66% of all private investment goes to London organisations, which also get the most individual giving.

However, the report says that arts and culture organisations are positive about the future, with 51% expecting their total income to grow over the next three years, based on expectations of more funding from trusts and foundations and from earned income and also from private giving.

But the fundraising skills within many arts organisations is limited, the report also warns. They are also concerns that the slowing economy, decreasing private sector interest in the arts and more competition for the funding available could hit some in the near future.

“Arts and culture in England depend on a successful mixed funding model, with private investment and earned income working alongside public investment” said ACE chairman Sir Nichllas Serota. “In a difficult time for public funding, many organisations have worked wonders by increasing earned income; but with an uncertain financial future it is necessary to diversify funding further.

“Private investment is crucial for the financial support it brings, and the long-term relationship it helps build between the cultural sector and wider community.”