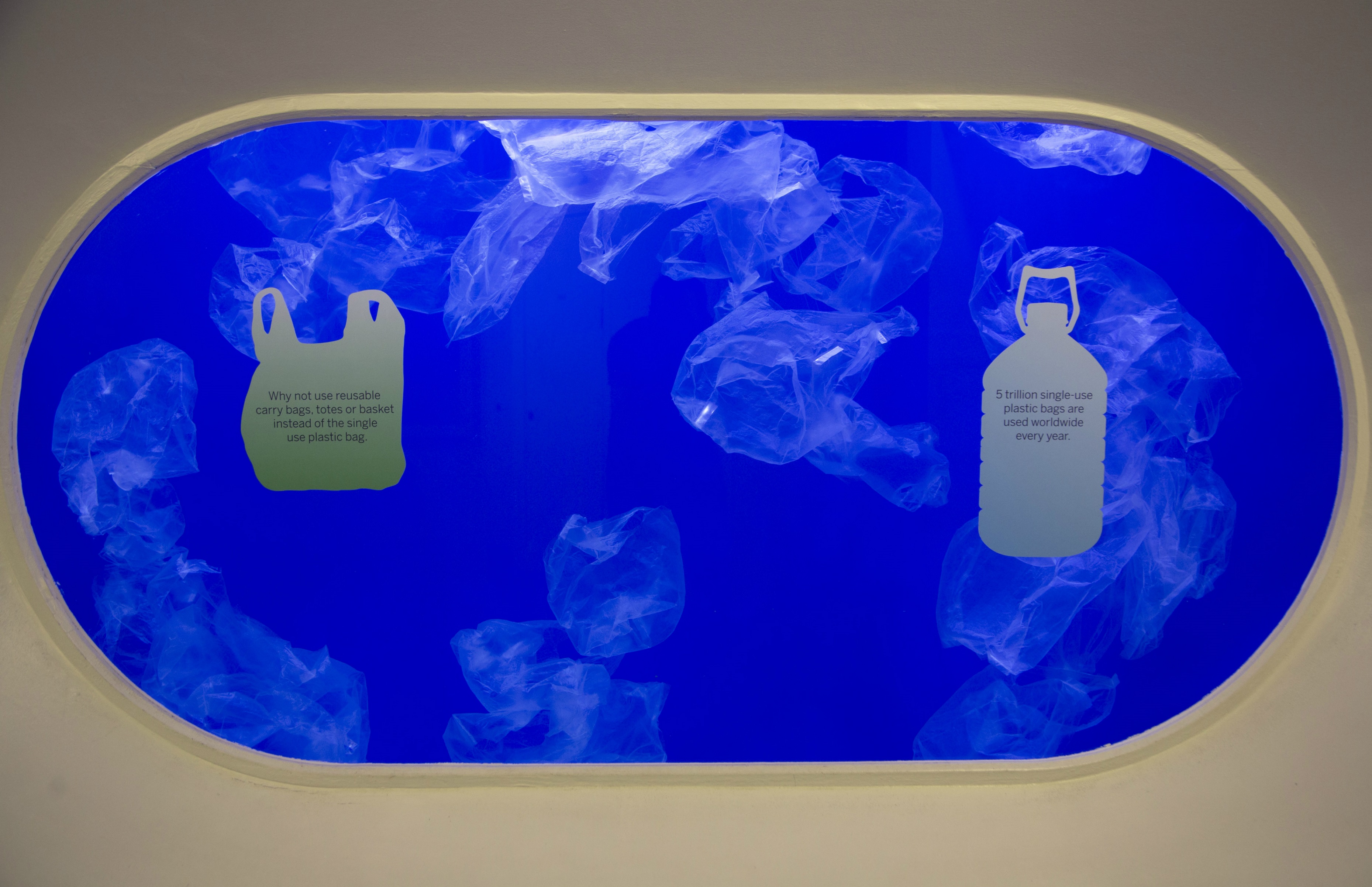 One of the most popular aquarium displays at the Horniman Museum in South-East London is the moon jellyfish, common in the waters around Britiain.

But the museum has temporarily removed the fish from its exhibit and replaced them with 30 plastic bags to highlight the peril sea creatures are in from plastic waste, pictured in the main image by Jamie Craggs.

And in this image, pictured here by Ludo Des Cognets, you can see how the tank usually appears. 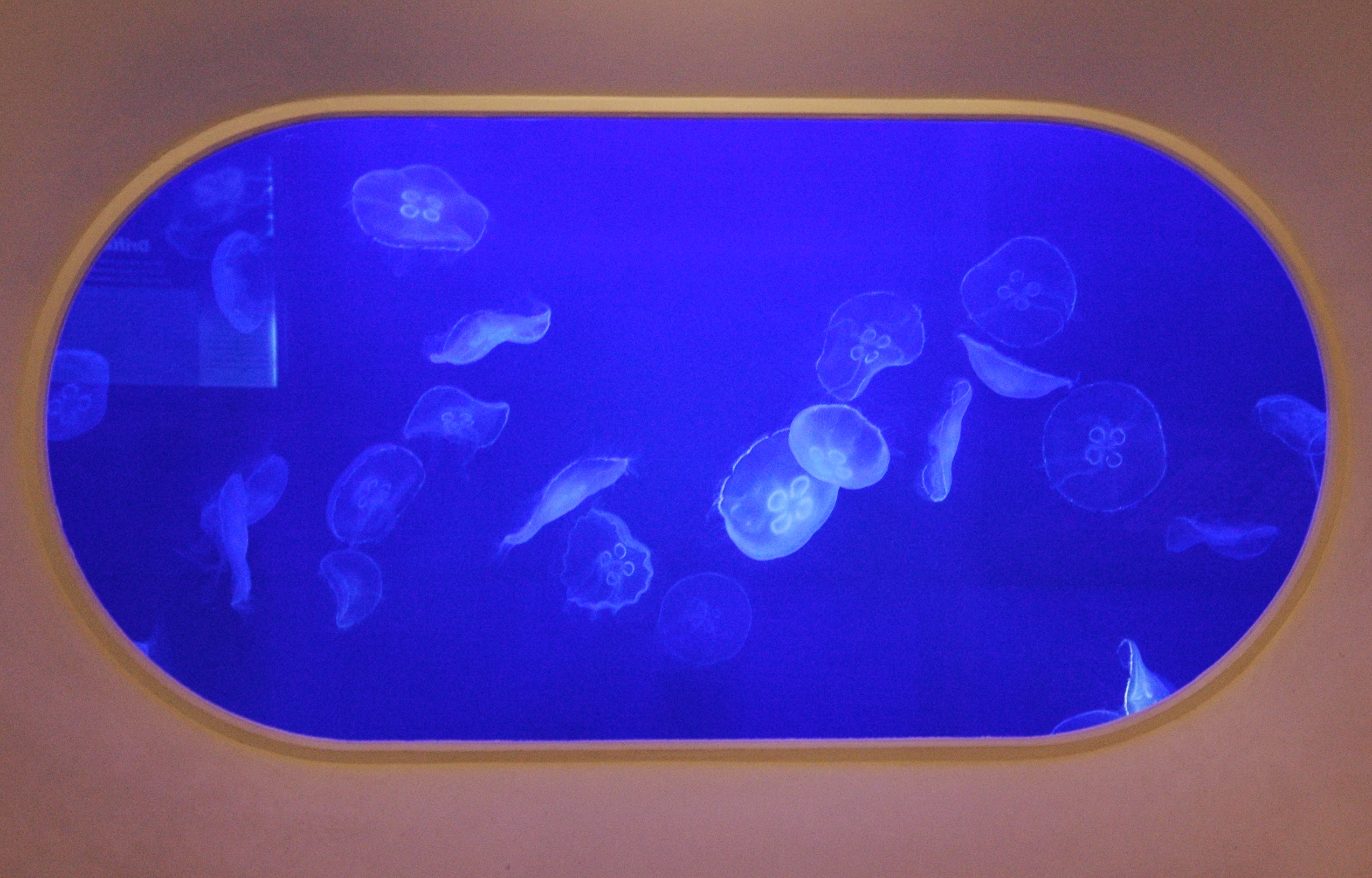 “Seeing plastic waste in the aquarium has been shocking for some of our visitors, and we know some people were disappointed not to see any jellyfish, but on the whole the reaction has been overwhelmingly positive. It’s encouraging that people have been so moved by this display, and are pledging to take actions to reduce plastic pollution” said Michelle Davis, deputy aquarium curator at the Horniman Museum and Gardens.

“We’ve taken care to clean and position the plastics in this display so that our animals aren’t harmed, and we’ll be removing the waste before it begins to break down into microplastics. Sadly, in the wild none of that happens, and plastic waste is one of the biggest threats to aquatic life around the world.”

The initiative has had a positive response from visitors. One five-year-old was so “angry and upset”, his mother said, that he made his own 20-page booklet to take the issue and discuss it in his class. Another said she was going to clean up the beach near her grandparents’ home.

The Beat Plastic Pollution display has introduced more than 150 items of single-use and waste plastic into the permanent aquarium exhibits, alongside information about the impact plastic has on sea creatures, and actions visitors can take to reduce the harm.

More than 6,000 visitors have seen the Beat Plastic Pollution display so far and adults have also responded positively. Twitter user @piplatimer shared a photograph of the plastic-filled jellyfish tank, saying ‘Actually felt a bit emotional @HornimanMuseum today. Powerful adaptation of the aquarium. #jellyfishmissing #plastic #plastic #plastic’. And a visiting parent told the Horniman that the display had given her a starting point to talk to her toddler about the environment.