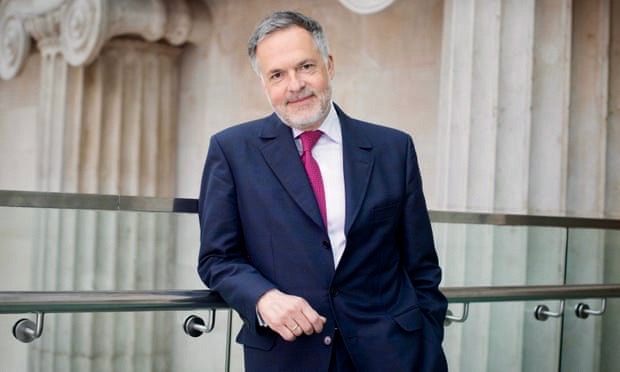 The British Museum’s director is backing BP as a sponsor amid growing pressure on arts institutions to distance themselves from the oil company.

BP will be sponsoring the museum’s forthcoming major winter exhibition Troy, Myth and Reality, which opens in November. In February this year protestors staged a mass demonstration against BP’s sponsorship of the museum’s exhibition I Am Ashurbanipal: King of the World, King of Assyria.

Speaking at the launch of the British Museum’s annual review this week, Hartwig Fischer said the company's long-standing collaboration had enabled the museum to “create unique learning opportunities”, adding: “This sort if support is vital to the museum’s mission”.

However, BP will not sponsor next year’s exhibition on the Arctic, which will look at the polar region through climate and weather, but will be behind other projects. Among forthcoming shows planned by the museum are one looking at St Thomas Becket on the 850th anniversary of his martyrdom in 1170, one on the history of the religious tradition of Tantra, and another on the Emperor Nero.

The British Museum, NPG and RSC are part of a £7.5m BP funding programme announced three years ago, and Fischer’s endorsement comes as a sign of hardening attitudes in defence of BP as a cultural sponsor against a background of protest from artists. Recently the actor Mark Rylance announced he was resigning as an associate director of the RSC over its association with BP, and last week almost 80 artists led by Antony Gormley called on the National Portrait Gallery to sever its links with the company, sponsor of its portrait award for 30 years.

“BP’s long-term support for the portrait award directly encourages the work of talented artists across the world” NPG’s director Nicholas Cullinan said. “We continually aim to expand our list of corporate supporters and find new funding partners, although attracting new sponsorship is challenging in the current economic conditions. We have noted the point the letter raises about a BP representative being on the portrait award judging panel, which is refreshed each year.”

In a statement about Rylance’s decision, Greg Doran, the RSC’s artistic director, and executive director Catherine Mallyon, said: “We recognise the importance of a robust and engaged debate in taking these decisions, especially in the light of the acknowledged environment and climate emergency” they said. “It’s one of the many ways that help us to establish lifetime enthusiasts for Shakespeare and live theatre and applies to all of our productions whether in Stratford, London or on tour around the UK.”

Meanwhile, the British Museum is to return nine 4thcentury terracotta heads thought to have been hacked off Buddhist monastery statues by the Taliban and found in wooden crates at Heathrow are to be returned to Afghanistan.

The heads, and a torso, were intercepted in 2002 on a flight from Peshawar by Heathrow customs officials. They were sent to the museum last year for conservation.