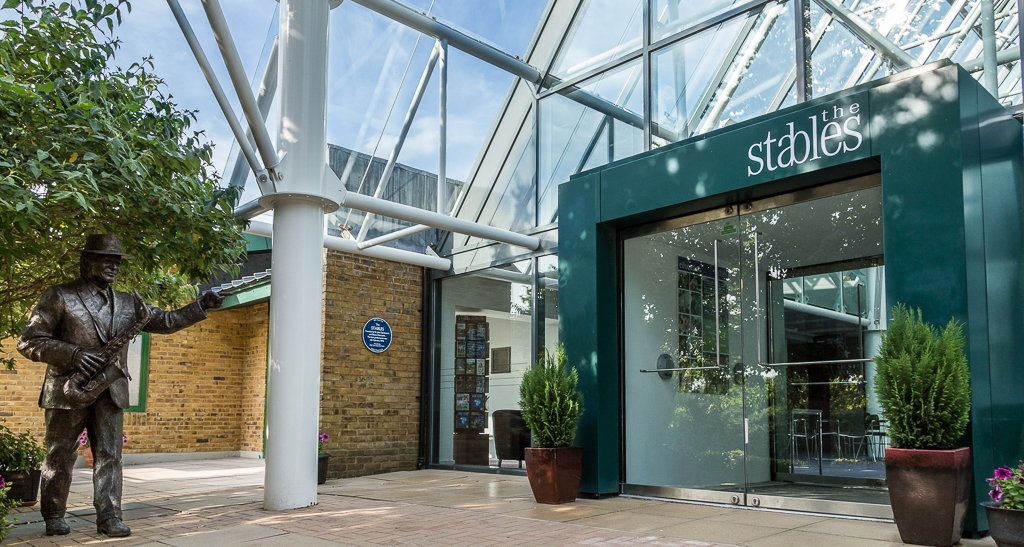 The Stables, the Milton Keynes music venue built by Johnny Dankworth and Cleo Laine and opened in 2000, is appealing to the local planning authority to refuse permission to a new development that could destroy it.

AI first reported on the threat to The Stables at Wavendon last summer from a development by Abbey Development a planning application for which was later withdrawn. But a new application by Abbey is due to be heard on Thursday, August 1, would be so close to the existing buildings as to make music performance effectively impossible.

“We have seen many music venues around the country forced to close in recent years when new housing schemes are built too close” said Monica Ferguson, CEO and artistic director of The Stables. “Subsequent complaints from residents about noise nuisance arising from the gigs, the traffic, car doors and customers lead to licensing restrictions which make the venues unable to operate.  We are appealing to Milton Keynes Council to look to the future and ensure that it protects one of its most valuable cultural assets.”

The development would see three-storey blocks of flats built 12m from The Stables’ boundary, and last year the Strategic Land Allocation ruled that housing could be built to the north and the south of the venue. Now land to the west of the Stables directly opposite the front door of The Stables has been sold to Abbey Developments, and the plans submitted do not include the green buffer zone recommended by the council’s chief planning officer.

The Stables was originally founded by the Dankworths on the edge of their estate in 1970, and a new venue was opened 30 years later thanks to lottery funding. Now owned by Wavendon Allmuisic Plan LTd, a registered charity founded by the Sir John Dankworth and Dasme Cleo Laine in 1969, The Stables presents over 400 gigs each year and delivers more than 250 learning and participation sessions to people of all ages. Its National Youth Music Camps, where Radiohead’s Thom Yorke and Robbie Williams’s songwriter Guy Chambers were students, have also been running since 1970. The camps look unlikely to continue after this year with the encroaching housing developments, Ferguson said.

“In a climate where we are seeing the decline of formal musical education in schools, the loss of The Stables’ National Youth Music Camps and the impact of housing on the concert programme would be an absolute travesty” said the percussionist Dame Evelyn Glennie, a patron of The Stables. “Let’s not forget that people need and want a quality of life that extends to cultural activities and we must do everything we can to protect the organisations which can deliver that.”