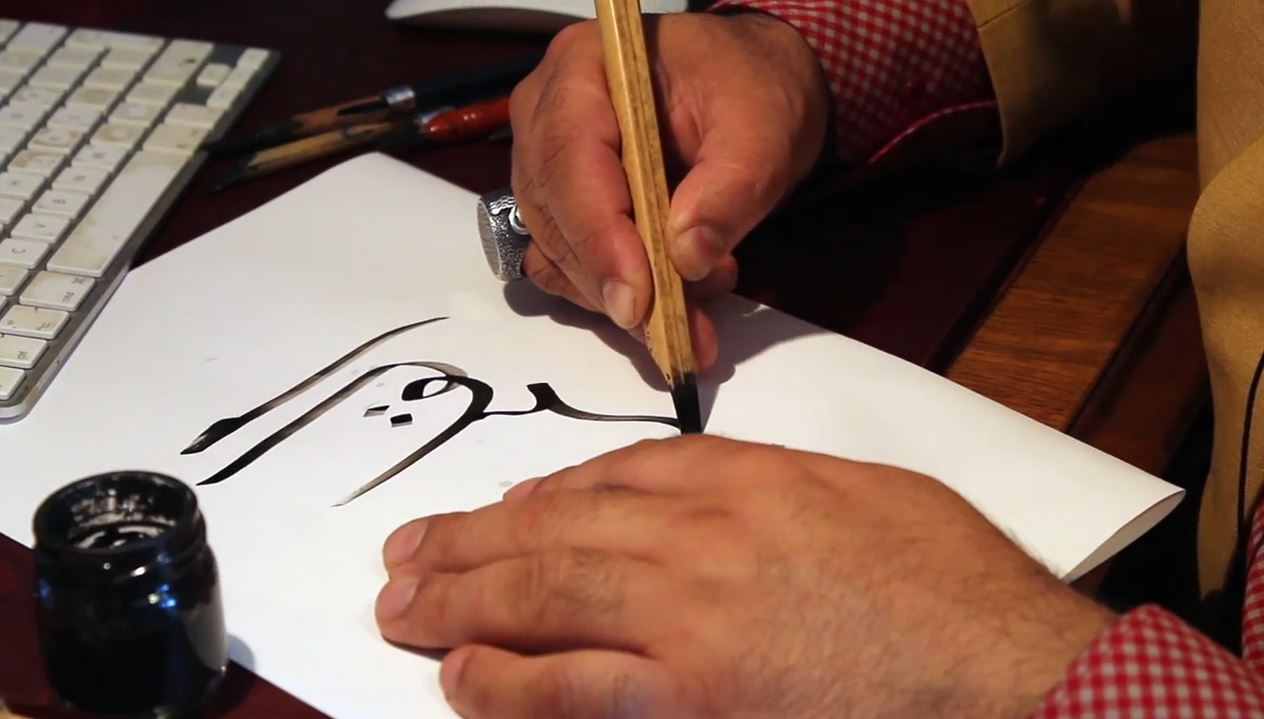 A tent town is growing today on a farm in Hampshire, big enough to accommodate the 35,000 people and more who will come from 100 different countries for this weekend. Many are coming to learn the arts of handwriting.

It's not a rock festival, though the event is likened to Glastonbury for its popularity and longevity - it's been going for over half a century  - and you will almost certainly have never heard of it. 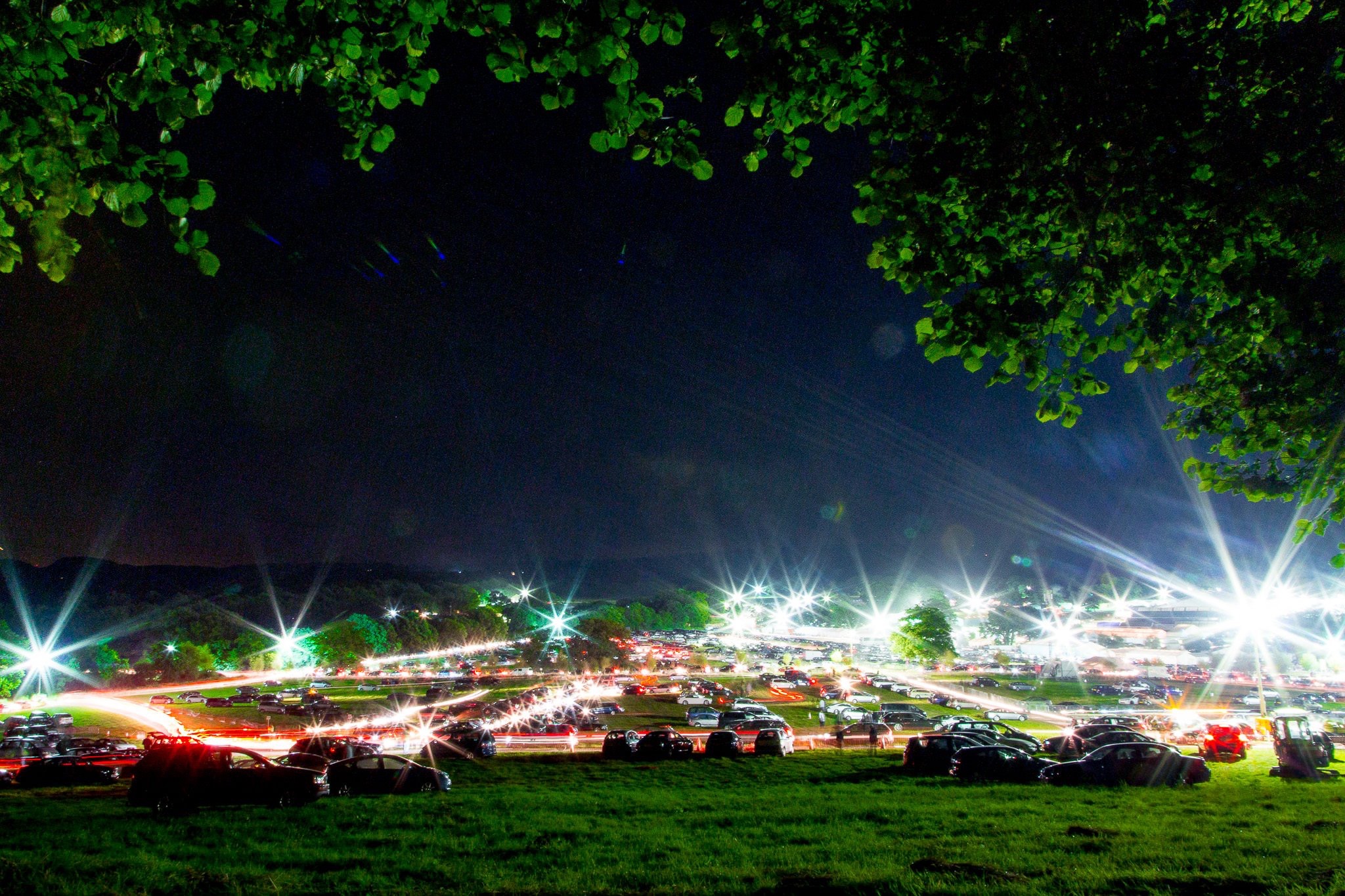 For this is Jalsa Salana, a Muslim annual convention of the Ahmadiyya Muslim Community set in the Hampshire countryside at Oaklands Farm near Alton, and not only are non-Muslims welcome, they are being encouraged by an exhibition devoted to a very particular calligraphy project.

The Pen – Al-Qalam - is a unique crowd-sourced Quran, handwritten in traditional script by 6,000 contributors from across the world, Muslim and non-Muslim. The first copy of the book has taken five years to complete, and it is being seen in the UK for the first time at this weekend’s Jalsa Salana.

There will be demonstrations of the Islamic calligraphic art, led by the founder of the project RazwanBaig,and the British sculptor Adam Williamson will be making a piece inspired by The Pen over the event’s three days. Baig is also has one of the largest collection of Islamic antiquities in the UK, some of which will also be on display. 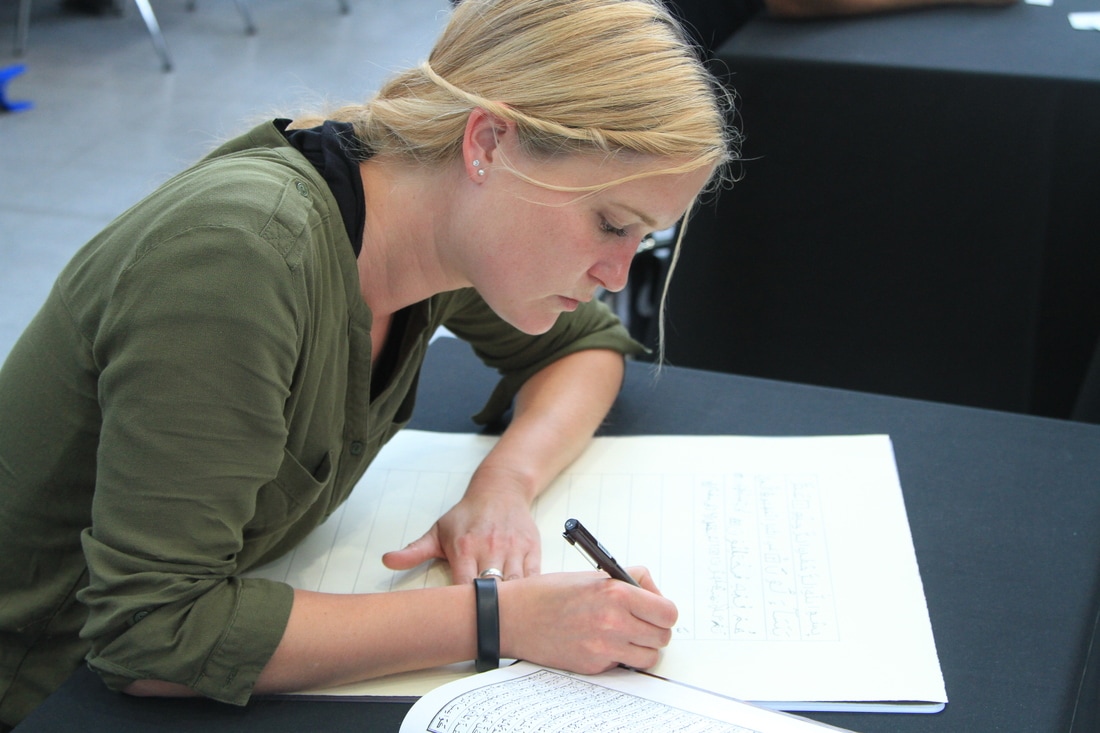 There are other, non-Islamic, attractions including an exhibition about the Turin Shroud, the largest kitchen in the country and a roti-making factory.

“We want the event to dispel the myths around Islam for many people, and we believe culture is a way to do that” says Noor Hadi, one of the organisers and a young imam from the Merton mosque. “We hope people will see a more accurate image of Islam through this gentle art of calligraphy and our other exhibitions.”

For the UK’s largest Islamic gathering has become a charm offensive, pushing back at a steady rise of Islamophobia in the UK. The latest figures from the charity Hope Not Hate  shows that 58% of adults in Britain believe that Islamophobia is widespread in the UK, almost half think Islam is incompatible with British values, 29% believe Islam encourages Muslims to be violent against non-Muslims, and 67% believe most UK residents have a negative view of Islam.

“The findings of this survey show just how misunderstood Islam is in the UK” says the president of the Ahmadiyya Muslim Community UK, Rafiq Hayat. “Islam actually places an emphasis on integration and contributing to the society you live in, which is what the 35,000 who'll be gathering at the UK's largest Islamic convention aim to show - that loyalty to your country is in fact a part of your faith.

“We are saying that if people want to know if Islam really does promote violence, they should come and meet the thousands at the convention where they can have frank but respectful conversations.”