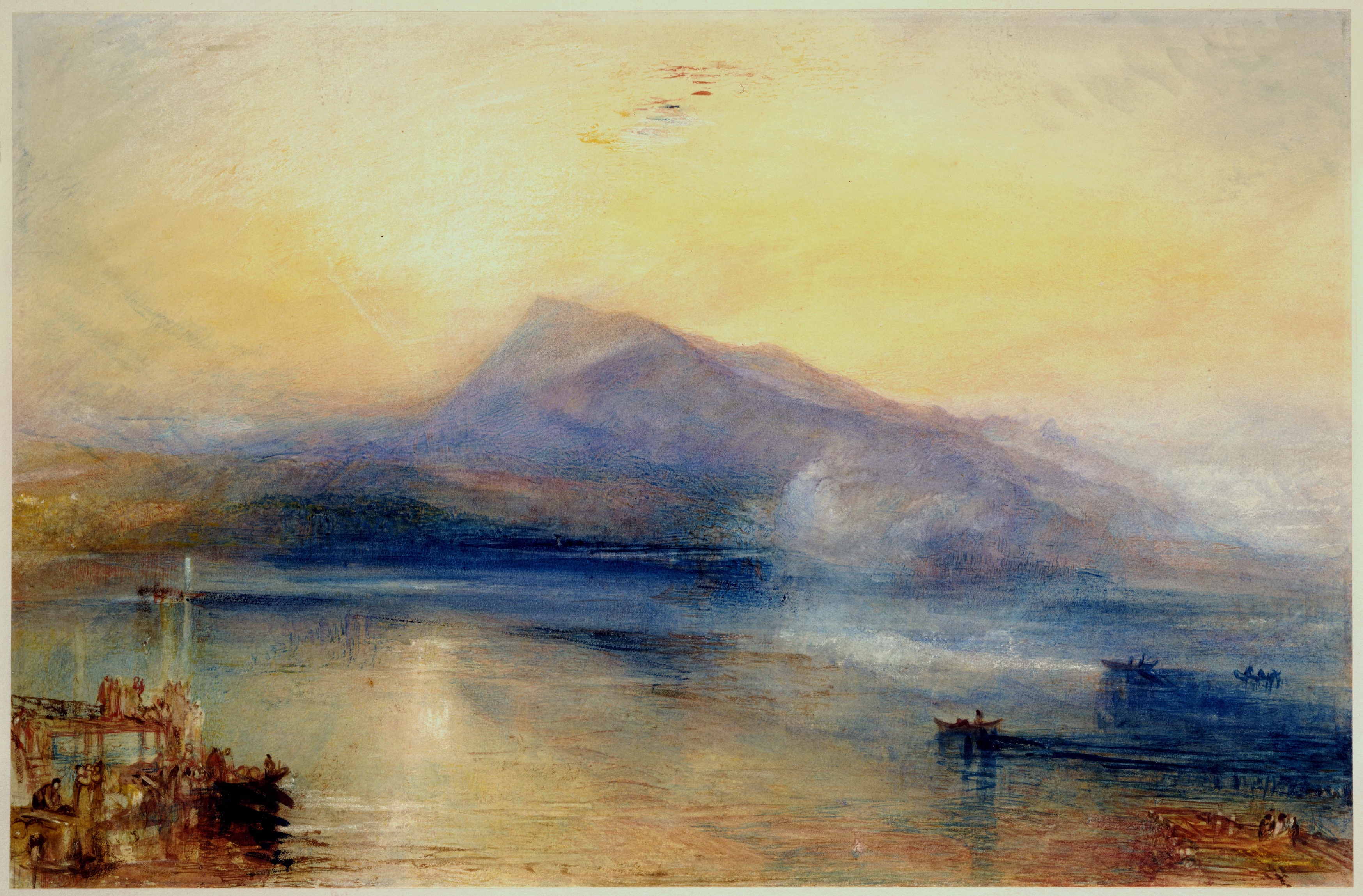 £10m bid to save late Turner

An export stop has been put on one of J M W Turner’s most famous watercolours, The Dark Rigi.

Valued at £10m, arts minister Rebecca Pow said it would be “a terrible loss to the country” if the painting were to be lost to export.

A frequent visitor to Switzerland, in 1842 – nine years before his death – Turner painted three studies of the Rigi mountain across Lake Lucerne. The Red Rigi is in Melbourne in the National Gallery of Victoria, and The Blue Rigi, Sunrise, known as The Blue Rigi, was bought by Tate Britain in 2005 for £4.95m, then the largest sum Tate had paid for a single painting.

The third study is The Dark Rigi, the Lake of Lucerne to give it its full title, and the Tate already has many preparatory sketches for it as part of the Turner Bequest. In 2007 all three were exhibited at Tate Britain for the first time. Once owned by the poet Algernon Swinburne, the painting has been owned by a private collector since 2006.

The suspension of the export licence was on the advice of the Reviewing Committee on the Export of Works of Art. “This breathtakingly beautiful view forms a part of perhaps the most outstanding series of watercolour masterpieces by Turner: those depicting the Rigi at different times of the day” said committee member Peter Barber.

“In the 19th century the Rigi was (as it has remained) the emblematic Swiss mountain, and in Turner’s time the mountains of central Switzerland were as much associated - through the William Tell legend - with liberty as with sublime beauty. ‘Liberty’ was also close to the hearts of Britons, and never more so than during the tumultuous 1840s with Chartism and even revolution in the air. It was perhaps this combination which led Turner to select the Rigi rather than other mountains and which makes it particularly important that this beautiful watercolour, which works on so many different levels, should be retained in this country.”

The licence has been deferred until December 1 to allow funds to be raised to acquire it, and the deferral can be extended until June 1 next year.