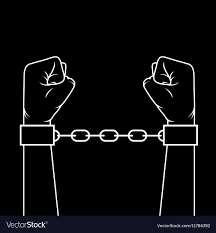 A call for a London slavery museum by the Fabian Society has been supported by London’s mayor, Sadiq Khan.

The proposal has been put forward in a Fabian report, Capital Gains, as a means of combating current unacceptable levels of racism in London.

In the report Omar Khan, director of the Runnymede Trust which is devoted to racial equality, writes: “Until and unless Britain comes to terms with this history it will be impossible to understand much less eradicate the views that continue to justify racial inequalities today. It is unacceptable that the capital city of a nation that built a global empire and its wealth in large part as a result of its role in the slave trade has no significant museum or monument marking the role that London and Britain played in these atrocities”.

Much of that history, however, is already told in the Black Cultural Archive which opened in Brixton five years ago. The BCA is also supported by the Mayor of London, but is campaigning for national funding to ensure its future.

However, the Fabian Society report wants the mayor of commission a new museum to educate Londoners about slavery, and for funding to be provided by the central government and London’s financial sector.

Supporting the proposal, Sadiq Khan said: “It is right that all Londoners see themselves and their history reflected in our city’s museums and cultural institutions. Learning more about the uncomfortable nature of our city and our nation’s role in the transatlantic slave trade can serve to deepen our understanding of the past and strengthen our commitment to fight racism and hatred in all its forms.”

The International Slavery Museum opened in Liverpool in 2007, part of the National Museums Liverpool Group.