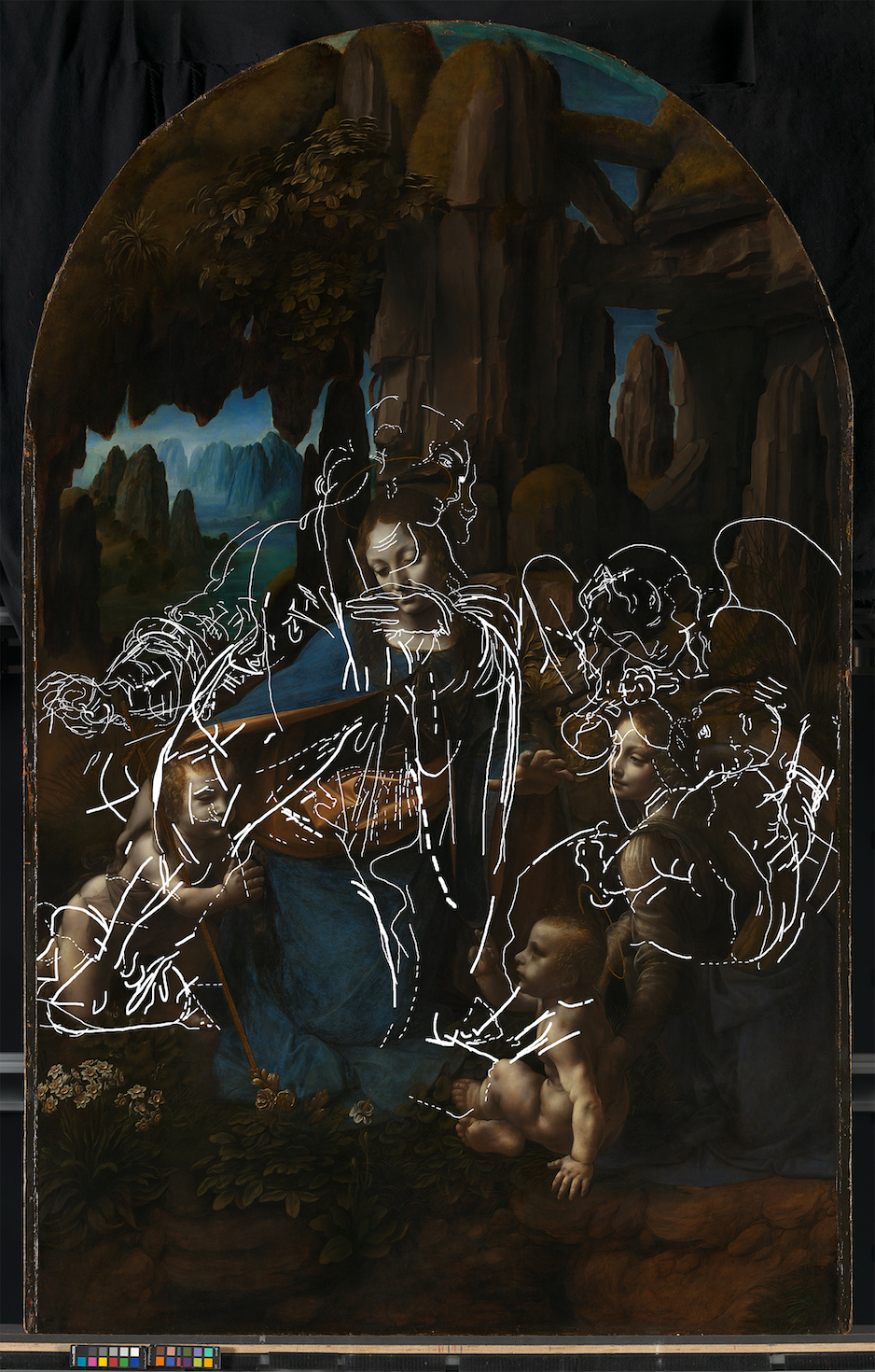 The latest imaging technology has revealed details of previous attempts before Leonardo finalised his composition of one of the National Gallery’s most popular paintings, The Virgin of the Rocks.

Research in 2004 /5 had revealed that the pose of the central figure had changed but hinted at other changes. New studies have now shown two completely different compositions beneath the final version. 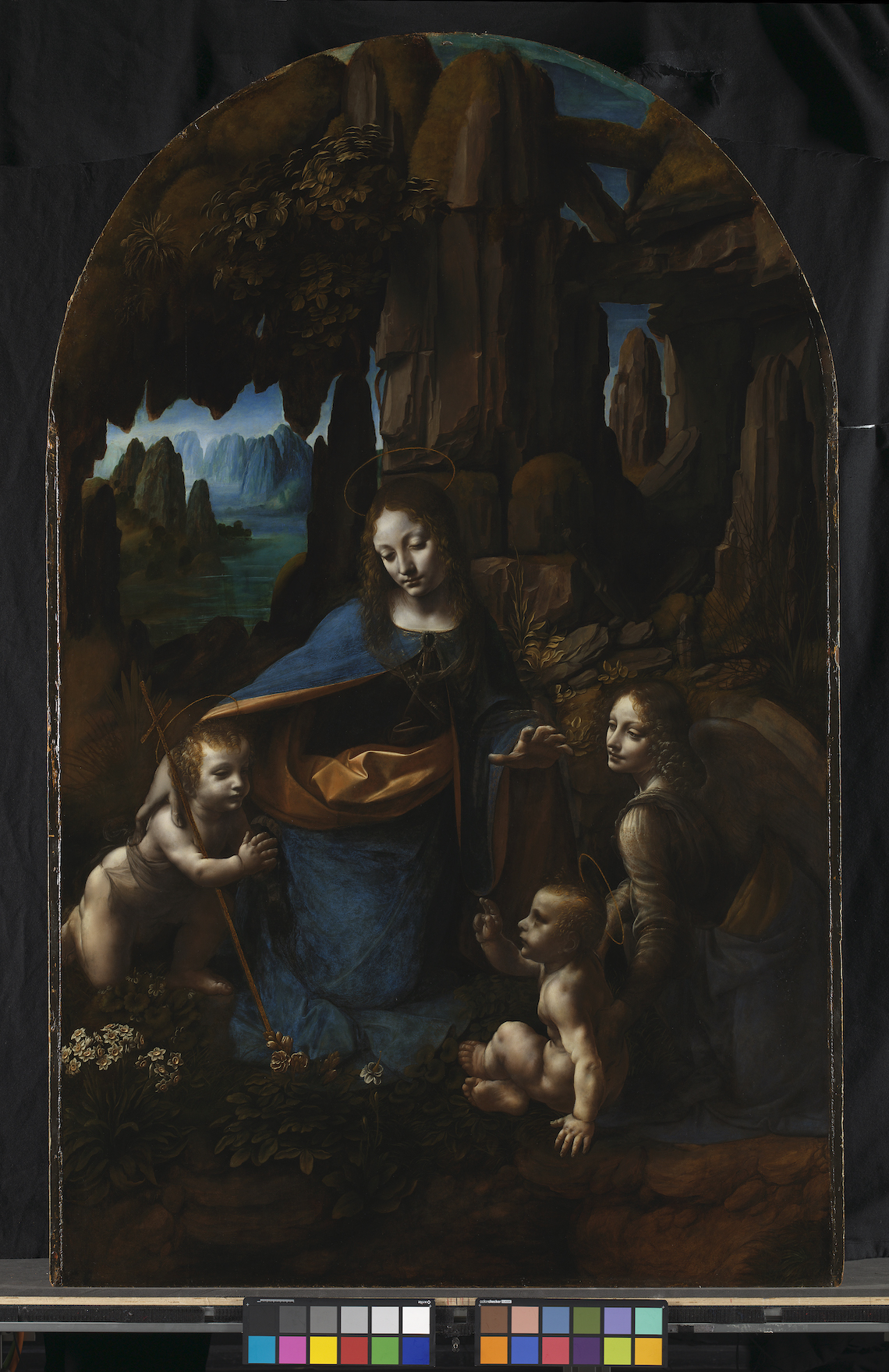 The findings are to be part of an exhibition opening at the National Gallery on November 9, Leonardo: Experience a Masterpiece, which will focus on the painting as part of commemorating the artist’s death 500 years ago.

The picture, which has been in the National Gallery since 1880, is believed to have been painted between 1483 and 1486 when Leonardo was in his thirties. It shows the Madonna with the infants Jesus and John the Baptist, and an angel looking on.

But the newly discovered underdrawing shows Jesus and Mary sketched higher in the composition with the Madonna looking from left to right instead of from right to left. The angel is looking down, holding Christ in a tighter embrace.

The new images were found because the drawings were made in a material that contained some zinc, so it could be seen in the macro x-ray fluorescence (MA-XRF) maps showing where this chemical element was present, and also through new infrared and hyperspectral imaging.

“This exhibition represents a fascinating new venture for the National Gallery, combining the most recent technical research on The Virgin of the Rocks with an immersive, enveloping experience, giving visitors the opportunity to explore Leonardo da Vinci's creative process in making this masterpiece” said Gabriele Finaldi, director of the National Gallery.