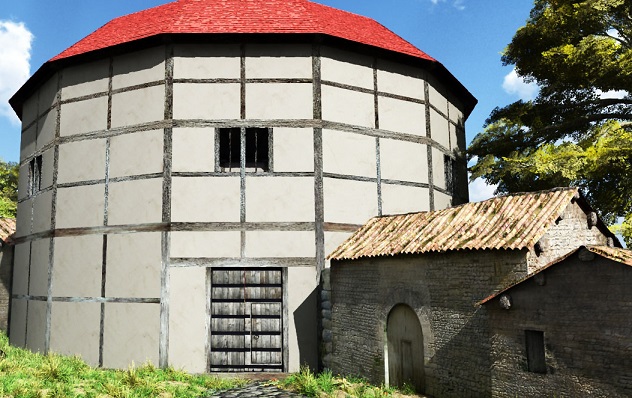 Shakespeare’s London during his early creative life in the capital since arriving in about 1592 was confined to a few square meters of Shoreditch.

The young actor/playwright, dismissed by fellow tragedian Robert Greene as "that upstart crow", could stroll from his home to worship at the nearby church, to his favourite pubs, to the homes of his friends and collaborators, and to the two theatres he wrote for before crossing the river the Bankside and The Globe in 1598.

This weekend, in a prologue to the opening of the site of his first theatre, The Theatre, next year there will be guided tours tracing The Bard’s footsteps as part of a festival of Shakespeare in Shoireditch, Shake It Up, this Friday and Saturday, August 23rd and 24th. 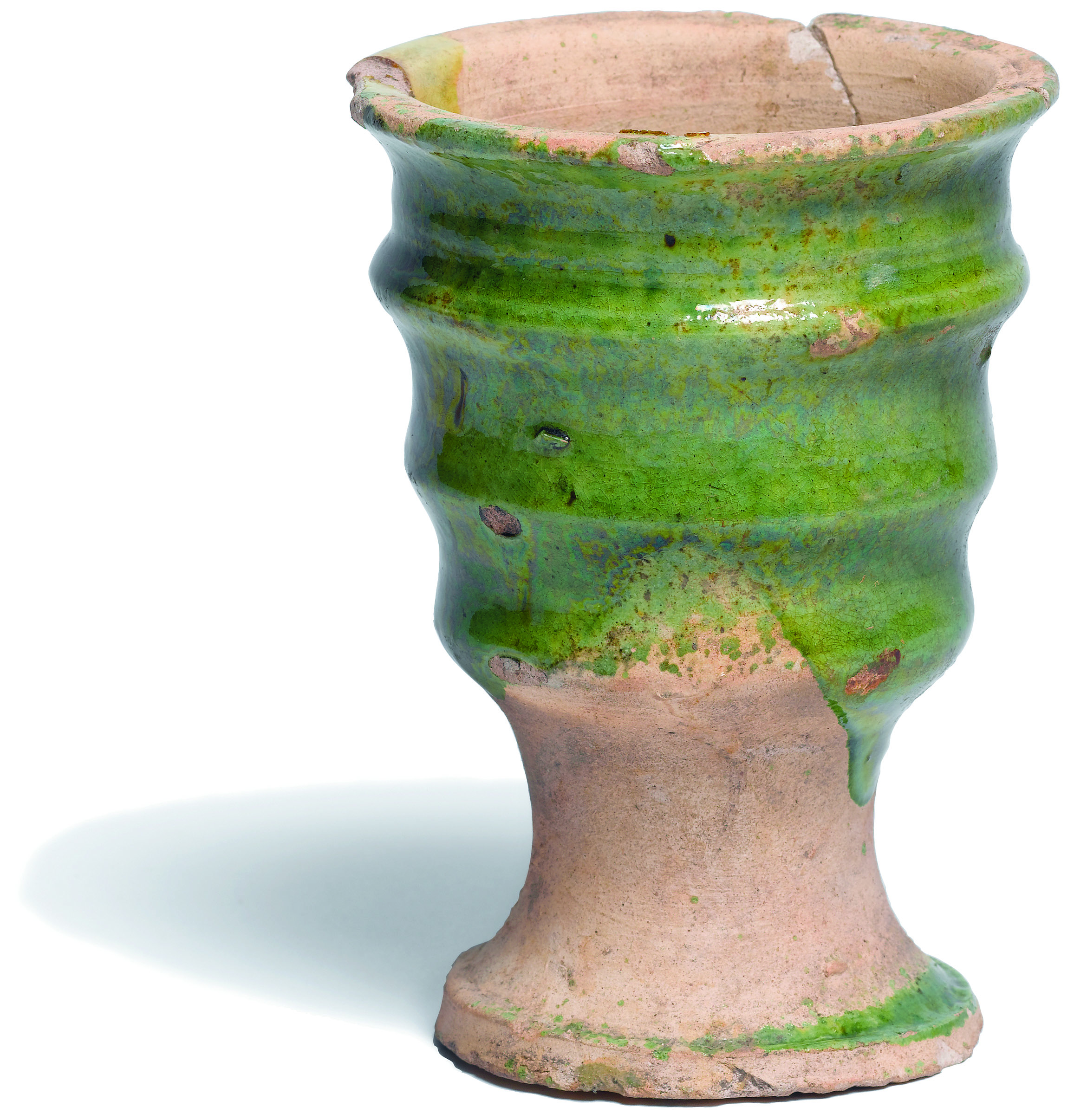 Goblet found on the site of The Theatre

First, the extraordinary St Helen’s, a parish church and nunnery, with two naves, one for each community. The nuns here were constantly in trouble with the church authorities, says guide Katie Wignall of Look Up London, for being “frolicsome” - they had to be told that there was to be absolutely no dancing in their convent, except at Christmas - and there was a “squint” in the church's wall, a grating linked to the cloisters from which errant sisters could partake in services while being excluded from the church as a punishment.

Shakespeare, the V&A’s Geoffrey March as recently discovered, lived almost next door to the church on the site of what is now a modern brownstone office block, in what is now called Great St Helen’s, in the 1590s. Opposite would have been Crosby Place, the home a century or so earlier of a London magnate, Sir John Crosby, where Richard III is known to have stayed. The play, Richard III, was written between 1592 and 1593, almost certainly in Shoreditch and possibly here.

London was booming, the population having grown between 1530 and 1630 from 30,000 to 250,000, and Shoreditch at the northern edge of town was the busiest neighbourhood. Shakespeare’s friends and collaborators lived nearby in the Bishopsgate locale, like the actor and theatre builder Richard Burbage in Halliwell Street. 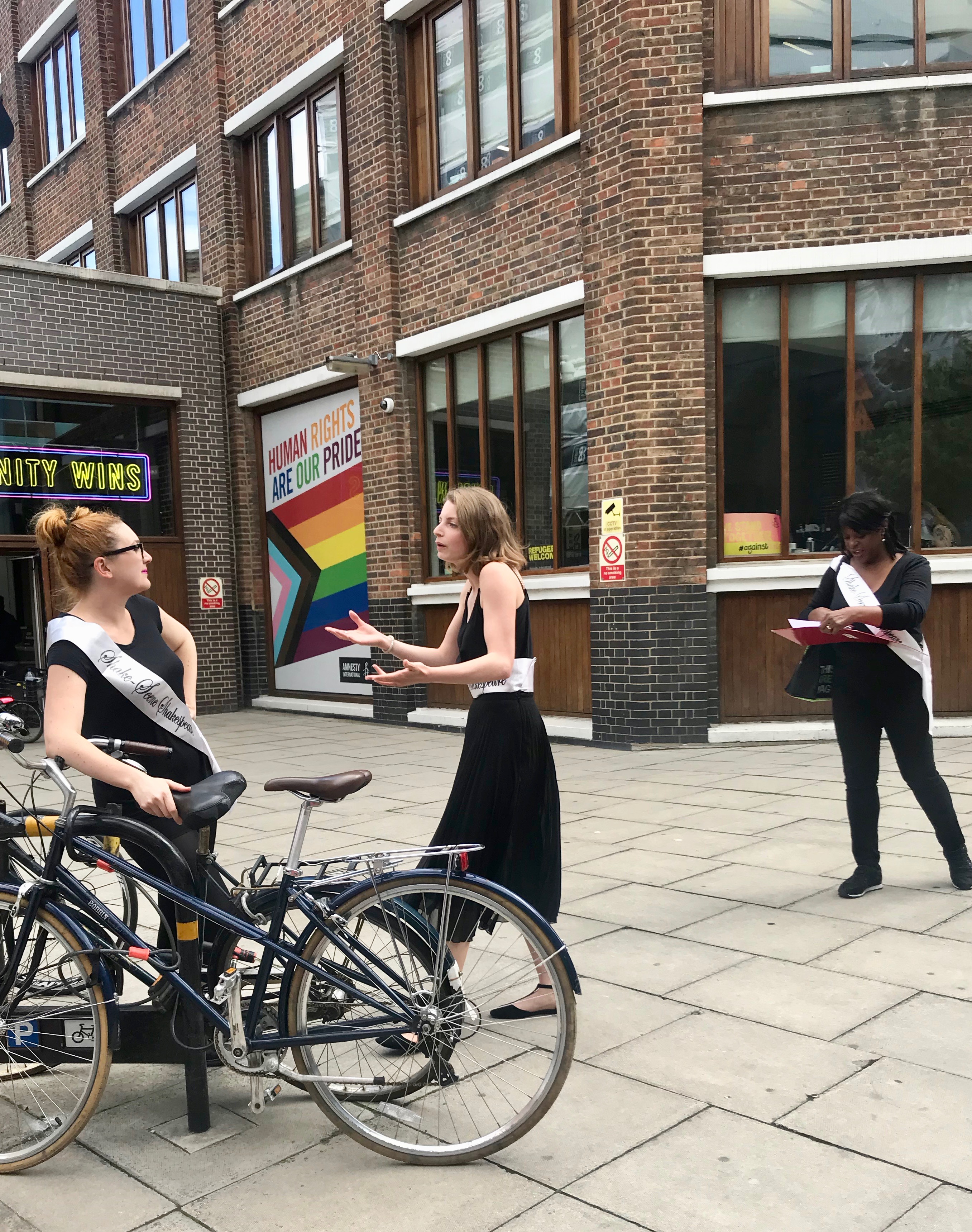 It was Burbage’s father, James, who had built The Theatre close by in Curtain Road in the 1570s, probably London’s first permanent theatre where, for instance, A Midsummer Night's Dream, might have had its first performance. On his way there, Will might have walked along Liverpool Street and passed the first Bethlem Hospital – Bedlam, described by a 15thcentury mayor of London as “an abode for those who have fallen out of wit”.

And then via Spital Street where Emilia Bassano, almost certainly The Dark Lady of the Sonnets, lived.

A few more yards away the Curtain Theatre was built in Hewett Street a year after The Theatre, and in the 1590s it became the principal playhouse for Shakespeare’s work after The Theatre was closed. It was here that Romeo & Juliet probably had its premiere, as did Henry IV Parts 1 & 2, but Shakespeare and his company, the Lord Chamberlain’s’ Men, followed the Burbages when, after a dispute with the landlord, they dismantled The Theatre and reassembled it in Southwark.

...But see yonder,
One like the unfrequented Theatre
Walks in dark silence and vast solitude.

as Edward Guilpin wrote in 1598

Thanks to the current almost frenzied building development in London, the sites of both The Theatre and The Curtain have been uncovered and excavated, and next year a new Theatre Courtyard Gallery will open on a glass floor above the remains with a new permanent exhibition about Shoreditch’s Elizabethan playhouses and their communities. 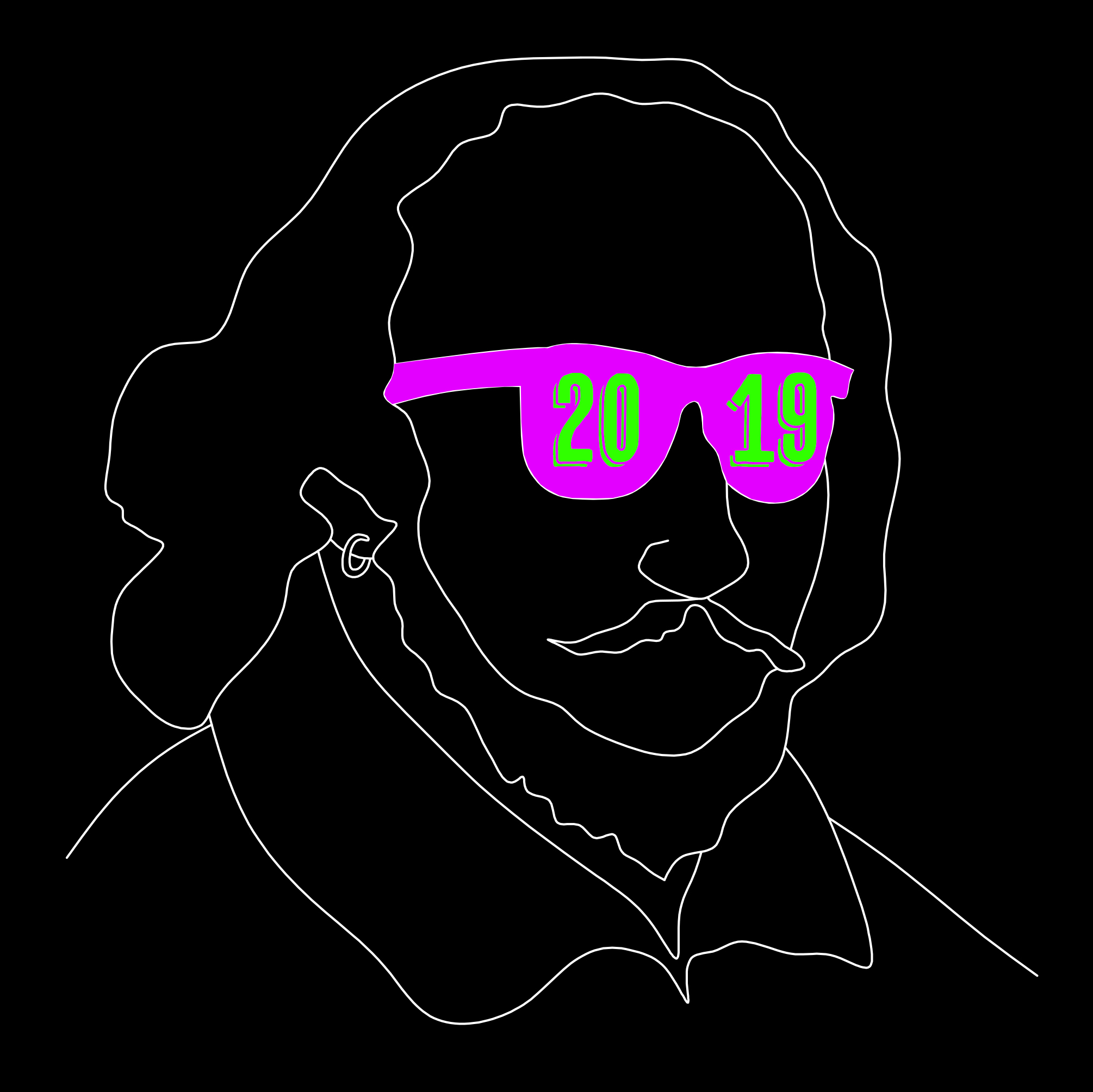 One of the practices of Shakespearean theatre was use cue-scripts so that the actors only had their own parts, partly so that the whole script did not have to be laboriously handwritten dozens of time. The only company still using the technique is the Shake-Scene Shakespeare Theatre company, and its actors will be performing scenes on street corners, under the auspices of The Theatre Courtyard Gallery. The festival will be opened in St Leonard’s Church (where Richard Burbage is buried) by The Sixteen performing “The Choicest Music of the Kingdom”.

For the full programme of the Shake It Up festival, go to https://www.mola.org.uk/shake-it-shakespeare-festival-shoreditch