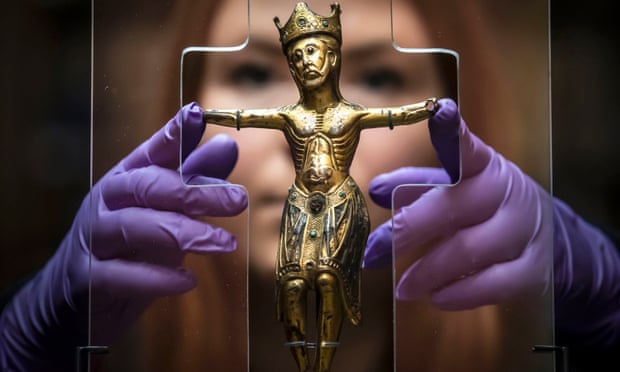 A 13c figure of Christ has been returned to its York home, almost 200 years after it disappeared, having survived Henry VIII’s Reformation.

The copper alloy figure was made Limoges, France, for the Benedictine monks of St Mary’s Abbey in York, and in the dissolution of the monasteries of the 1530s it was hidden and survived. It was rediscovered in 1826, and then disappeared, reappearing in a private German collection in the 1920s. Recently it was auctioned and bought by a dealer for £7,530.

The Grade I listed remains of what was once one of the richest abbeys in the country now lie in York Museum Gardens, close to the Yorkshire Museum that has now been acquired the 16cm high figure where it went on display today (September 20).