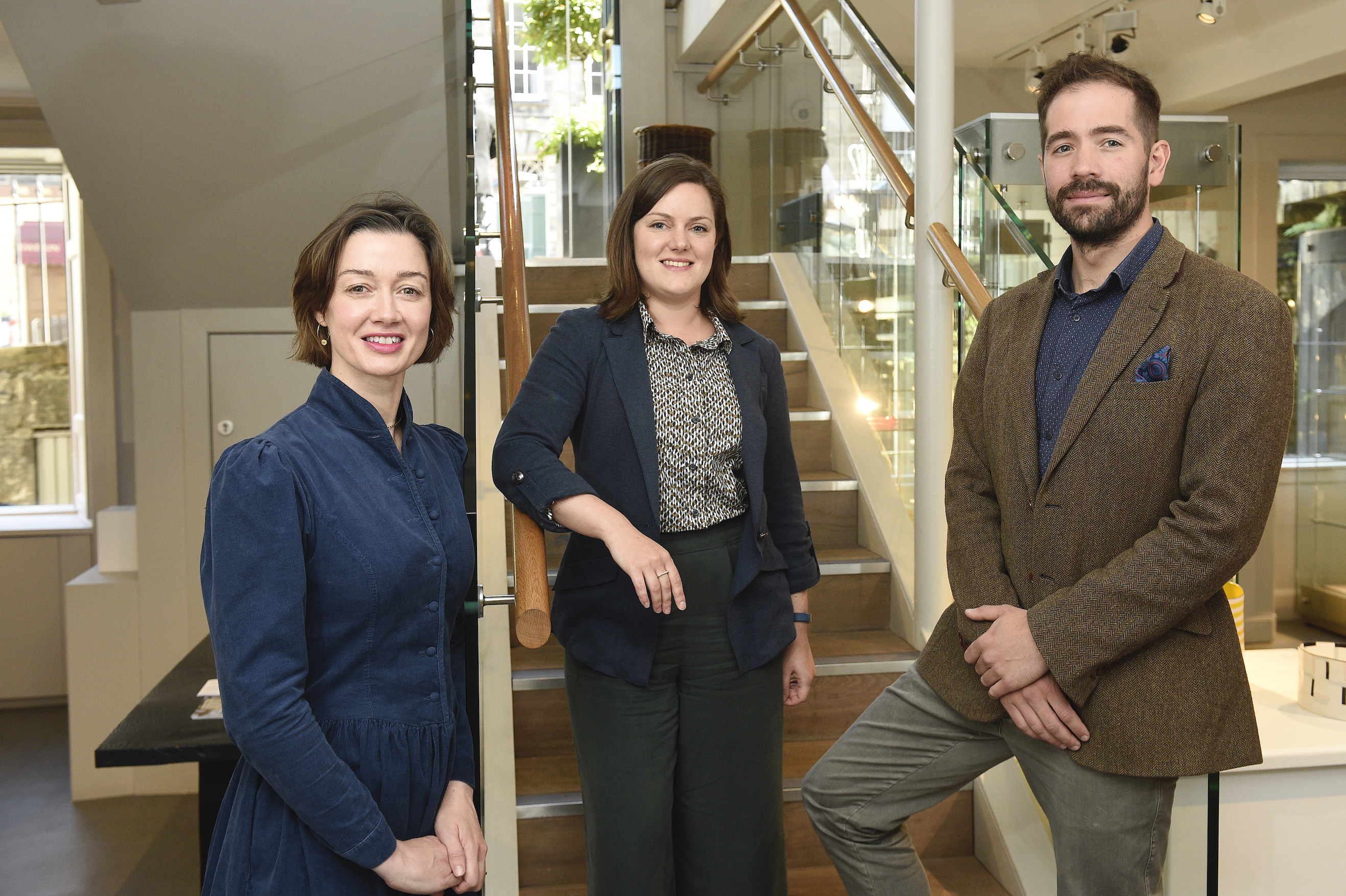 Scotland’s oldest commercial art gallery, the Scottish Gallery in Edinburgh, has been acquired by its own staff through an employee ownership trust.

In an amicable takeover the gallery, which has traded in the city’s New Town since 1842, will continue to deal in contemporary art.

The handover has been led by managing director Christina Jansen, who said: “I am thrilled to be able to make this announcement alongside my fellow directors and wonderful team here, and to reassure all our artists and stakeholders about our commitment to the future. We are also delighted to announce that Kirsty Sumerling now joins the board of directors. Kirsty has been with The Gallery since 2014. She specialises in contemporary objects and has made a significant contribution to the running and development of The Gallery”.  Guy Peploe, a shareholder for 35 years, said he hoped the new arrangement would create a future-proof structure to see the gallery through its 150thanniversary.

Pictured in the Scottish Gallery, left to right, are managing director Chrstine Jansen with directors Kirsty Sumering and Tommy Zwy

The transfer was supported by Co-operative Development Scotland, part of Scottish Enterprise, and was guided by the employment ownership specialists Ownerships Associates (OA). "The Scottish Gallery had been through many forms of ownership over the years” said OA’s Carole Leslie.  “A sale to an individual, or indeed a corporate shareholder, might have been the easiest route. However, Guy Peploe and his fellow directors were keen to find a succession solution that secured the future of the Gallery for the long term. By selling to the employees, this iconic Scottish institution will continue to bring pleasure to locals and visitors for many generations to come".

Current exhibitions include a retrospective of the work of  Victoria Crowe, art from Rebecca Collins and jewellery from Jackie Lillie.