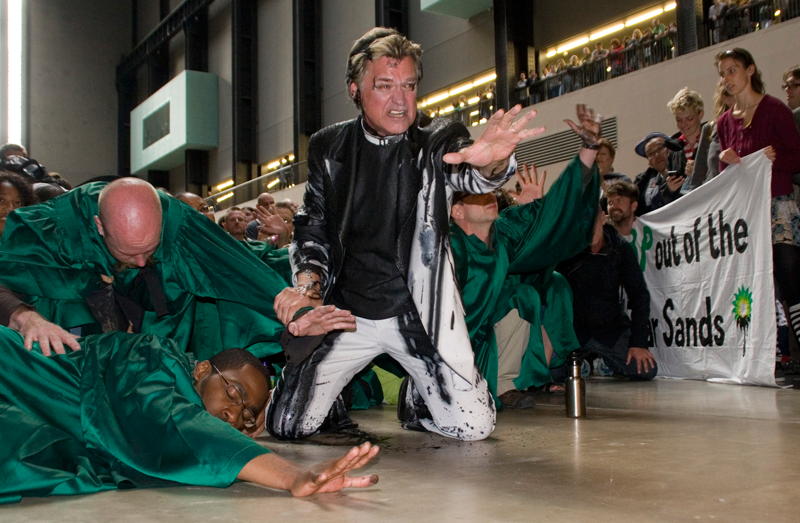 BP pulls out as Tate sponsor

BP is ending its controversial sponsorship of the Tate in 2017.

The shock decision, after a partnership which has lasted 26 years, was blamed on the “extremely challenging business environment” rather than a longstanding campaign by environmental protestors against the sponsorship.

Protestors, including the art collective Liberate Tate, have taken part in a number of eye-catching demonstrations at Tate’s galleries and elsewhere. They say BP uses its arts sponsorship to hide unethical environmental practices.

The Tate’s board fought a long legal battle to avoid revealing, under Freedom of Information legislation, how much the BP deal was worth. Figures eventually released showed that BP had given the gallery group £3.8m, an average donation of £224,000 a year up until 2011.

Campaigners have vowed to use the FOI to uncover how much the sponsorship has amounted to since 2011.

A Tate spokeswoman said that the BP sponsorship deal was an “outstanding example of patronage and collaboration.”

A BP spokeswoman said the decision to end the sponsorship was unrelated to any pressure from activists. There were no plans to end its sponsorship of other arts institutions.