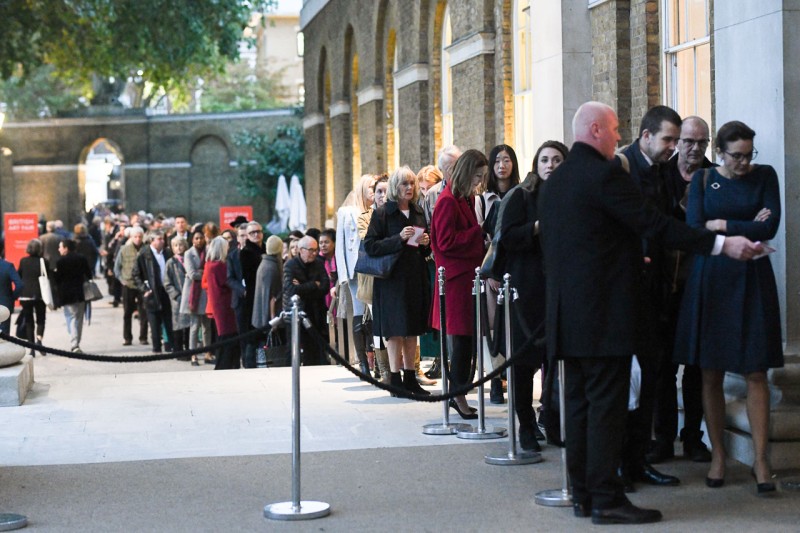 British Art Fair last weekend broke records for both sales and attendance in its 31 year existence.

The fair, for the second year held at the Saatchi Gallery, Chelsea, notched a 30% attendance increase, with visitors queuing for admission. And although dealers seldom reveal their accounts, sales were also the best ever.

“Initially there was some concern among our 50 specialist dealers that moving the dates of British Art Fair from its regular September slot to running alongside Frieze Week might water down its long-established collector-base; however, these concerns proved unfounded as record attendance has driven record sales of pictures” said the fair director Robert Sandelson.

“There has been a deep vein of interest in post-war British art, and this year, with our special exhibition MYBA curated by Gavin Turk we have also witnessed a vibrant younger audience at British Art Fair.”

Artists featuring in the fair included many from the St Ives groups such as Peter Lanyon, Terry Frost, Patrick Heron and Barbara Hepworth, and others such as David Hockney, Vanessa Bell, Keith Vaughan and Alan Davie. The dealer Mark Goodman had his best sale ever, selling ten works at an aggregate of over £600k.

British Art Fair was begun in 1988 by Gay Hutson, Heather McConnell and Ivan Winstone and was bought by the Sandelson  bothers two years ago, with Gay Hutson still involved.