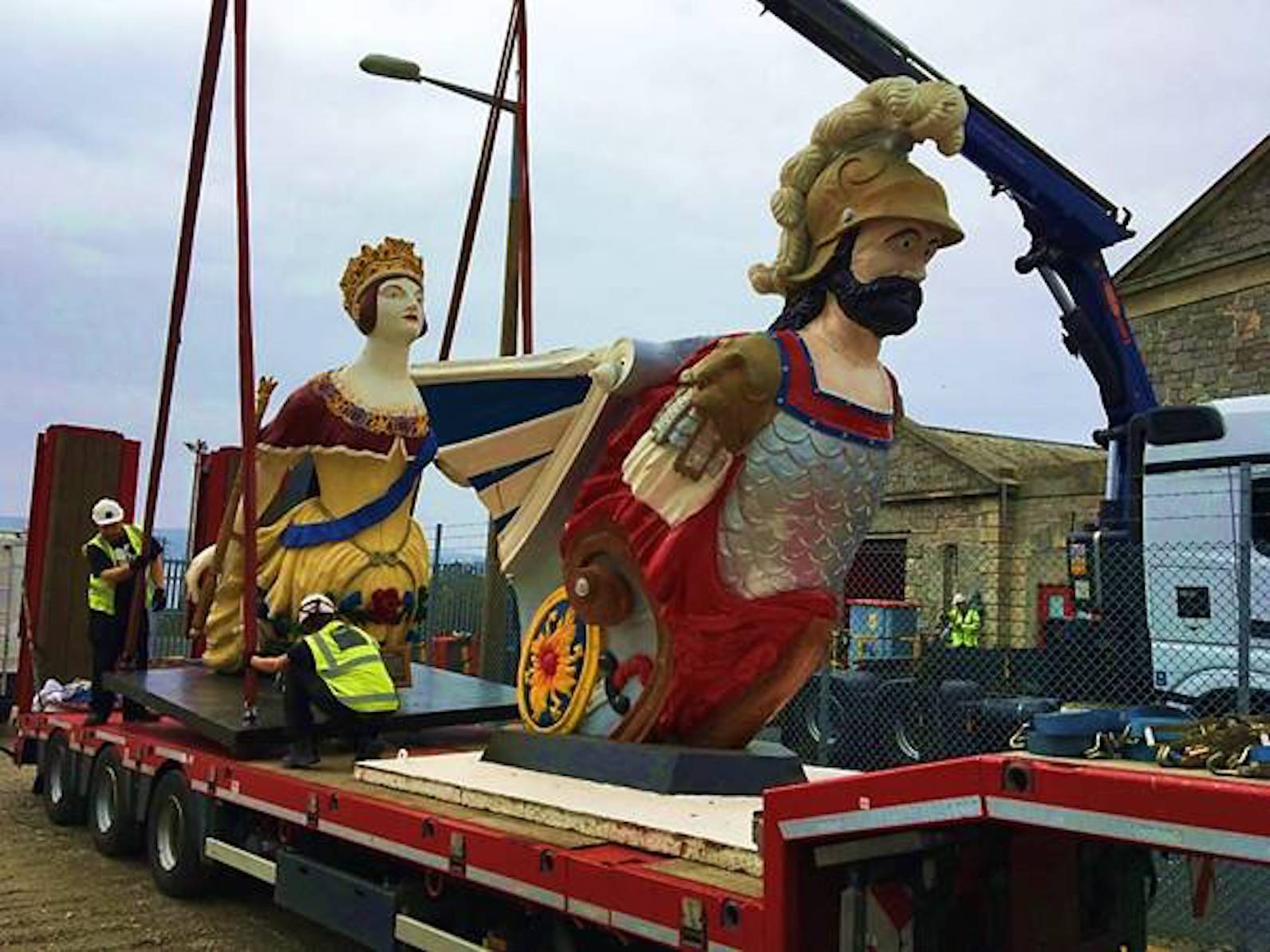 Fourteen carved 19c figureheads from Devonport, Plymouth, have been saved from decay in a unique project by three teams of conservators.

On loan from the National Museums of the Royal Navy, they will go on display at The Box in Plymouth when it opens next spring. 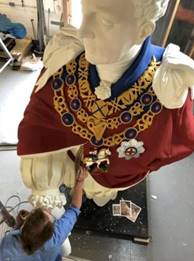 The largest is the figurehead for HMS Royal William, or “King Billy”, a 120-gun first rate launched in 1833 which was fitted with screw propulsion in 1860 and was finally destroyed in a fire in 1899. The figure (above) stands 13 feet tall, weighs two tons and was carved to represent William IV. The most badly damaged was the figurehead for HMS Topaz, a three-quarter-length female bust carved in 1858 – it had wood rot through 90% of its, but through techniques including Sonic Tomography image analysis, conservators were able to save and restore it.

Other figureheads in the collection include those belonging to HMS Sybille which was active in the capture of Canton during the Second China War, HMS Centaur which fought African pirates and served during the Crimea War in 1855, and HMS Calliope which was deployed to New Zealand in 1848 during the Maori wars in New Zealand.

Three specialist conservation teams in London, Devon and Cornwall, led by Orbis Conservation in Greenwich, have spent over two years restoring the 14 figureheads after years of water damage causing rot and decay. in a programme initiated by Plymouth City Council which has identified the Box as the final display place for the carvings. 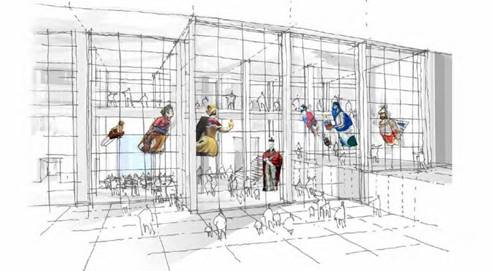 The £40m Box museum complex (artist's impression above) is a combination of the city’s original museum and library and St Luke’s Church to become the largest museum and art gallery in the South West. It will open in 2020 as part of Plymouth’s celebrations of the 400th anniversary of the Mayflower sailing for America. https://plymhearts.org/thebox/

“The figureheads are more than just wooden sculptures; they’re iconic symbols of the history of the city of Plymouth and the Royal Navy” said Tudor Evans, leader of Plymouth Council. “They’re also fantastic representations of the craftsmanship and skill of the sculptors who made them over 200 years ago. Right from the start when we were developing our original concepts for The Box we wanted to have a ‘flotilla’ of figureheads suspended from the ceiling of the new entrance in a nod to Plymouth’s important maritime history and as the place where great journeys start from.” 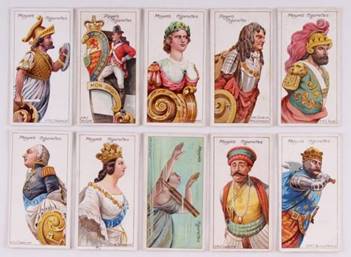 Figureheads have been mounted on the bows of ships from the earliest times, representing something of the “soul” of a ship for its crew and predating the established navy. So popular were they at onetime that they were the subjects of cigarette cards, collected by children the early to mid-20th century (above).

About 200 have survived, mostly now in museum collections and naval establishments.