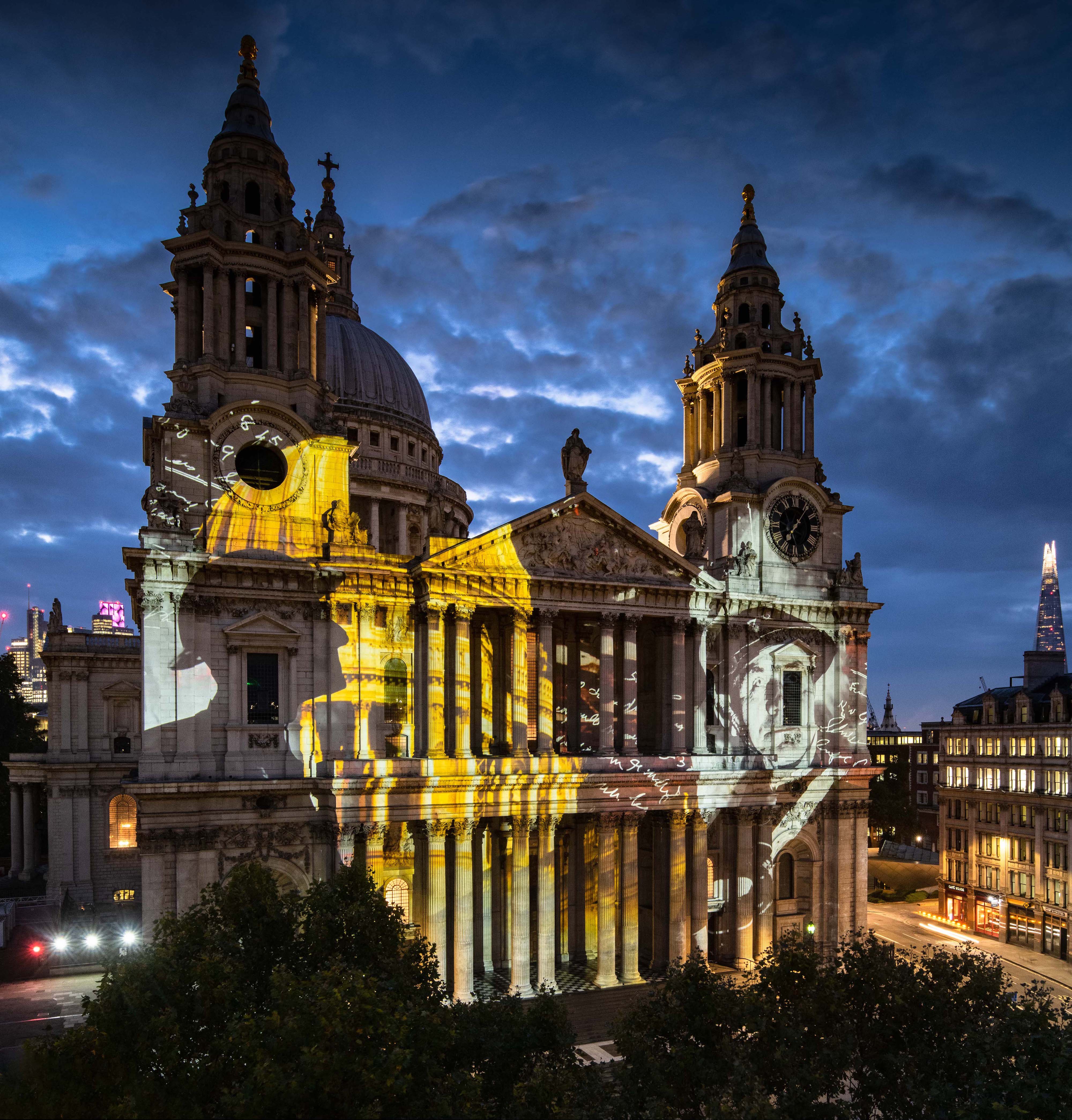 The story of how St Paul’s Cathedral was able to alone in the Blitz of 1940 is being told through a free light show at the cathedral.

Each evening from Thursday (October 24) until Sunday images will be cast on the building to tell the story of St Paul’s Watch, the volunteers who kept St Pau’s safe throughout the Second World War.

Historic England are presenting the free son et lumiere show, Where the Light Falls, in partnership with the Poetry Society which will present readings form Keith Jarrett’s commissioned anthology, From the Log Book.

As the Blitz raged from September 1940 to May 1941, Prime Minister Winston Churchill said St Paul’s must be saved at “all costs”. While bombs rained down and most people took refuge in tube stations and air raid shelters across London, volunteers patrolled the cathedral. Armed with sandbags and water pumps, they were ready to put out flames at any moment. St Paul’s survived the Blitz largely intact, and it was thanks to the enduring courage of these individuals that Wren’s masterpiece was saved.

The St Paul’s illuminations will be followed by a second run of illuminations at Coventry Cathedral and ruins from 14–16 November, a site specific light show that will incorporate a new poem,  In A New Light, by Coventry-born poet Jane Commane, commissioned for Where Light Falls.

“During the Second World War brave civilians stood on the roofs of St Paul’s and Coventry Cathedral night after night, putting themselves in the path of bombs, to save the places that mattered to them” said Duncan Wilson, CEO of Historic England. “Almost 80 years on, knowledge of the lengths people went to to protect our built heritage is fading fast from public memory. Where Light Falls will help people re-discover this episode in England’s history.”