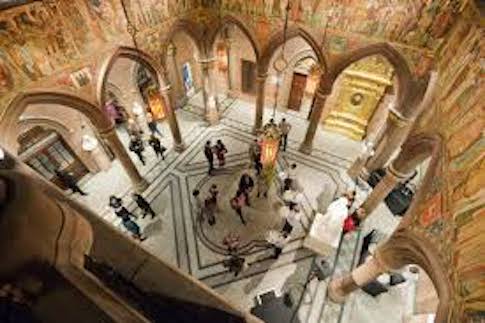 The National Galleries of Scotland (NGS), particularly the Scottish National Portrait Gallery (SNPG), is ending the relationship with BP, it was announced today.

The BP Portrait Award exhibition opening at the SNPG in Edinburgh (pictured) on December 7 will be the last under the BP sponsorship tag.

“At the National Galleries of Scotland we recognise that we have a responsibility to do all we can to address the climate emergency” said a statement from the group. “For many people, the association of this competition with BP is seen as being at odds with that aim. Therefore, after due consideration, the trustees of the National Galleries of Scotland have decided that this will be the last time that the galleries will host this exhibition in its present form.”

The decision will put further pressure on the National Portrait Gallery in London which is “considering options” following protests led by the protest group BP or not BP? at the opening of the exhibition there earlier this year.

The Edinburgh decision comes a month after the RSC ended its BP sponsorship deal, and two days later the National Theatre said its relationship with Shell would not be renewed as the campaign against arts sponsorship of the British Museum, the Royal Opera House, the Science Museum and the Southbank Centre by fossil fuel companies.