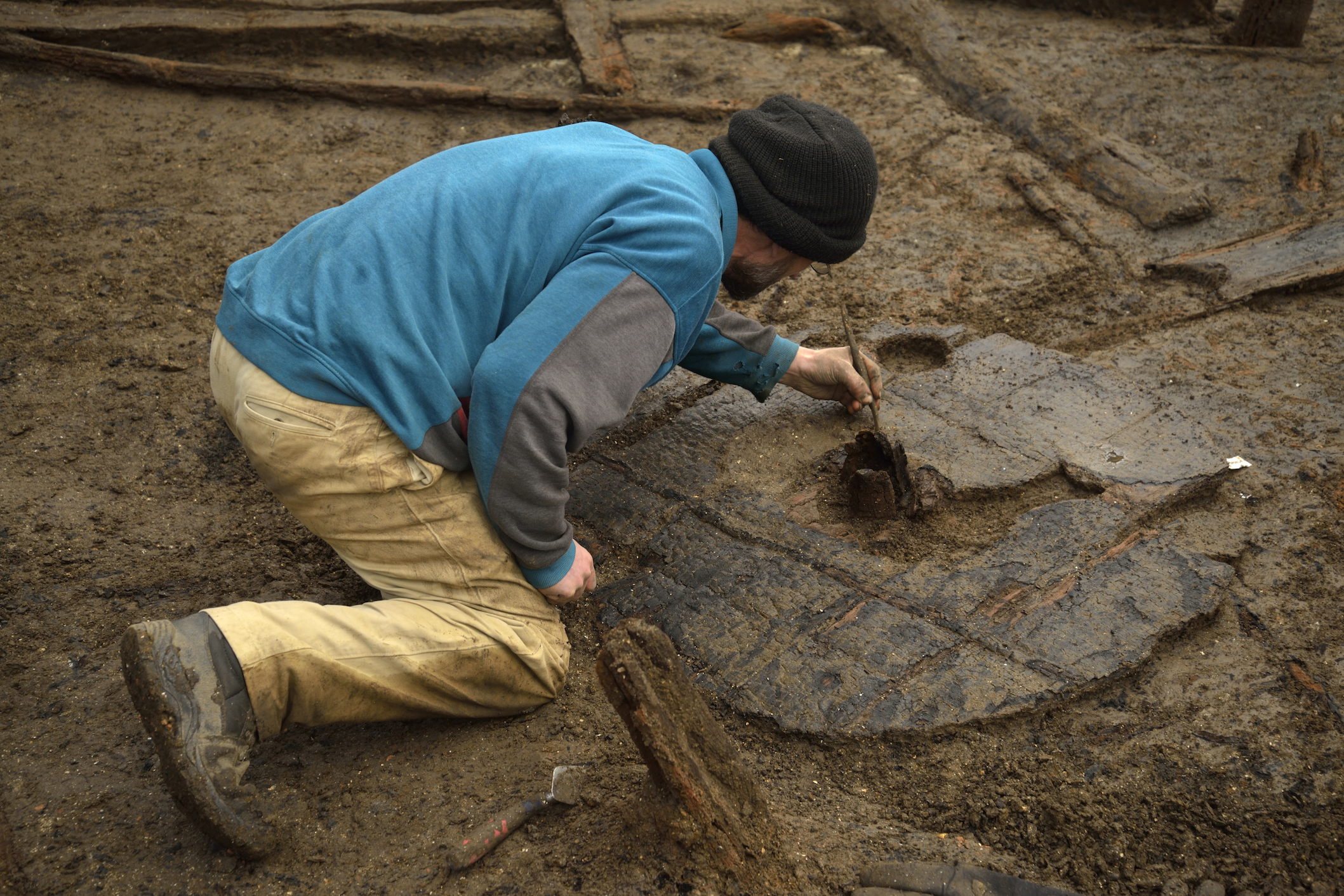 Historic England has listed ten of the most extraordinary archaeological discoveries to mark the close of a remarkable decade of finds.

“Over the past ten years archaeologists have learned where Richard III was laid to rest, about what kind of food our Bronze Age ancestors on the Fens ate and how medieval villagers in Yorkshire mutilated corpses to prevent them rising from the dead” said Duncan Wilson, Historic England’s chief executive.

An excavation by Cambridge Archaeological Unit in 2015 revealed the remains of a remarkably intact Bronze Age settlement, made up of timber roundhouses raised on stilts above the marshy ground. Shortly after being built, the settlement was destroyed in a catastrophic fire and the roundhouses, with most of their contents still inside, were preserved in the water-logged ground, giving us a time capsule of everyday life 3,000 years ago. Found within the roundhouses were finely woven textiles made from plant fibres, stacks of cups, bowls and jars complete with food and spoons still inside, suggesting that the people living there were forced suddenly to leave everything behind when their homes caught fire. The excavation led to the discovery of the largest, earliest complete Bronze Age wheel in Britain (pictured). The level of preservation at the site meant that archaeologists could determine that the roundhouses had turf roofs, wickerwork floors and the people who lived there ate wild boar, red deer and pike.

The remains of the Elizabethan playhouse The Theatre were revealed after initial indications of its existence in 2008. It was built in 1576-7 and is the earliest known example of a polygonal playhouse in London. Inspired by classical Roman theatres it had three tiers of galleries and an open yard into which extended a raised stage. The Lord Chamberlain’s Company, which included Shakespeare as an actor, was associated with it and it is thought that Shakespeare’s Hamlet was premiered there in 1596 with Richard Burbage in the title role.

New Roman graffiti including a relief sculpture of a phallus - a Roman good luck symbol – were discovered in the remains of a quarry near Hadrian’s Wall at Gelt Woods in Cumbria in February 2019. Known as “The Written Rock of Gelt”, the inscriptions were made by the Romans while they were repairing Hadrian’s Wall in 207AD. It was thought they included a group of nine inscriptions of which only six were legible, but more have now been found including a caricature of the commanding officer in charge of the quarrying. The graffiti was discovered by archaeologists from Newcastle University during a project to record them before they are lost through erosion.

The London, one of England’s most important 17th century shipwrecks, blew up in 1665 and sank off Southend-on-Sea where it lies on the sea bed in two parts. It was excavated by Historic England, Cotswold Archaeology and licensed divers between 2014-2015 revealing an array of fascinating items from musket balls, ingots and navigational tools to personal items including leather shoes, pewter spoons and coins. An extremely rare and well-preserved wooden gun carriage was also brought to the surface – the only known example from this period in existence. The warship was part of a squadron that brought back Charles II from the Netherlands in 1660 to restore him to the throne.

Scientific studies of medieval human bones excavated from Wharram Percy, a deserted village in North Yorkshire which flourished between the 12th and 14th centuries, showed that corpses were burnt and mutilated after death. Experts from Historic England and the University of Southampton suggested that this could be evidence of action taken by villagers to prevent the dead rising again. Medieval folklore held that the dead could rise from their graves, spreading disease and menacing the living. In research published in 2017, the scientists found that many of the bones had knife-marks consistent with decapitation and dismembering. There was also evidence of burning and the deliberate breaking of bones after death.

A tiny rabbit bone found at Fishbourne Roman Palace in Sussex was confirmed to date from the 1st century AD, proving they were brought to this country 1,000 years earlier than previously thought. The 4cm piece of tibia was discovered during excavations in 1964, but not until 2019 did a Historic England zooarchaeologist recognise the bone as belonging to a rabbit, verifying this through genetic testing. Radiocarbon dating shows the animal was alive during the Roman occupation of Britain, and scientific analysis suggests it may have been kept as an exotic pet.

In 2016 Museum of London Archaeology archaeologists uncovered an important Anglo-Saxon cemetery containing over 80 extremely rare wooden coffins, preserved in the wet ground at Great Ryburgh in Norfolk. The waterlogged conditions of the river valley led to the remarkable preservation of the tree-trunk coffins as well as plank-lined graves which date from the 7th-9th century AD. Believed to be a Christian cemetery, the graves and evidence for a possible church on the site, are greatly adding to our understanding of early Christian Anglo-Saxon communities and their funeral practices.

Discovered in 2017 as part of a road improvement scheme, archaeologists unearthed the remains of a major Roman settlement which pre-dates settlements in York and Carlisle by ten years, showing that the Romans probably expanded their occupation into Northern England earlier than was previously thought. The archaeological team also found a startling range of Roman objects during the investigations, from Roman shoes and keys, to a snake-shaped silver ring, a rare amber figurine and the most northerly example of coin production ever found in Europe.

Remains of Greyfriars, Leicester, where the grave of Richard III was discovered

Long known to be the site of a medieval monastery, in August 2012 the University of Leicester, the Richard III Society and Leicester City Council began an ambitious excavation to search for the grave of King Richard III. His remains were discovered under a car park in the city centre and identified by DNA analysis of surviving descendants. Further excavations revealed the extent of Greyfriars, the site where Richard III was buried after the Battle of Bosworth in 1485. Greyfriars was made a scheduled monument in December 2017.

This late Iron Age or Roman settlement was discovered by Historic England’s aerial archaeology team in 2012, and photographed from a light aircraft. Historic England’s flying archaeologists identified two round houses, separated from the surrounding land by an embanked boundary with an entrance on the southern side, opening towards a stream. The settlement is sheltered by rising ground to the south and commands views north to the Howgill Fells. The remains of medieval or post medieval ploughing, known as ridge and furrow, appear as undulating lines on the landscape and they show that this area was in agricultural use for many years.