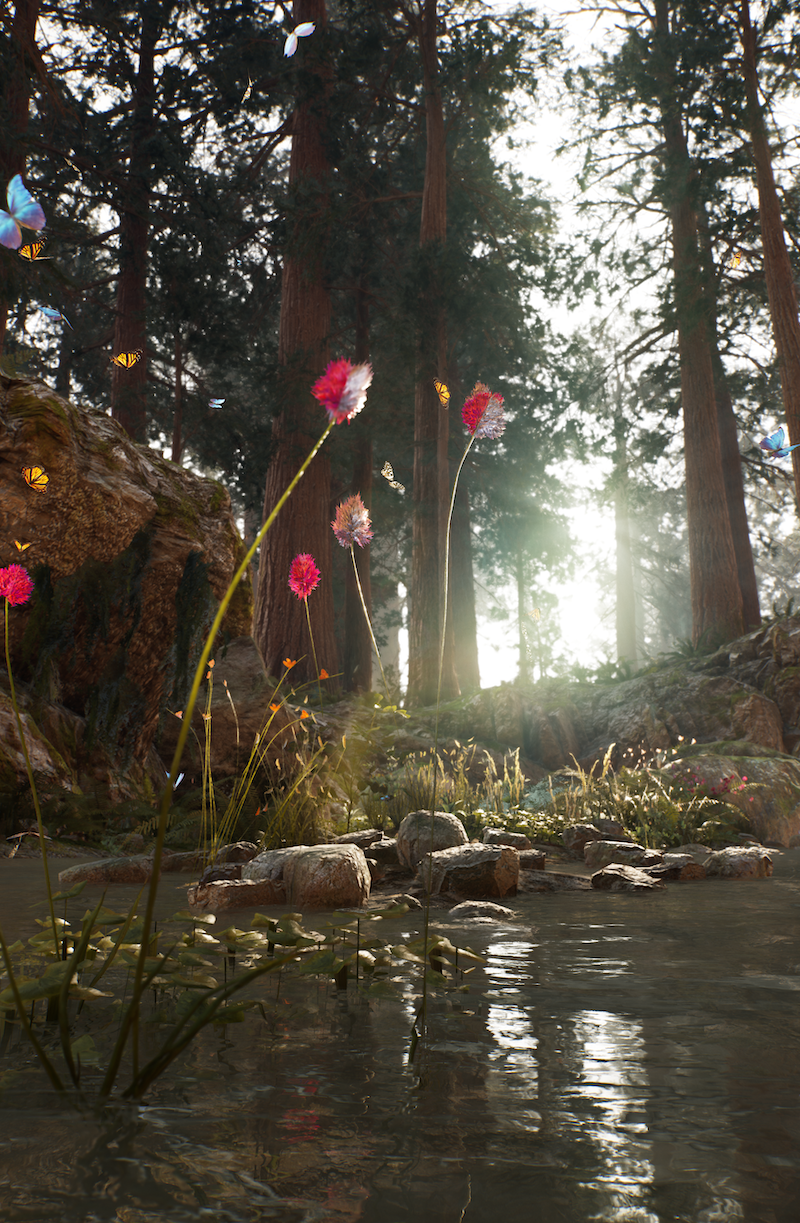 BTS, the world’s biggest boy band, is behind a global Connect project involving leading artists such as Antony Gormley.

Launched at the Serpentine Galleries today, Connect, BTS will see five different works of art made in London, New York, Buenos Aires, Berlin and Seoul to expound the practice of connecting between art forms, artists and the public. “We speak different languages and come from multiple cultural backgrounds and have lived through unique life experiences” the seven-man band said in a joint statement. “Contemporary art and music are also two different worlds.

“This project is especially meaningful to us because it truly represents diversity and creates a collective, positive message for the world that we value. Through this project, we hope to return the great amount of love and support from our fans, ARMY, and all audiences.”

They added at the launch: “We believe that art can help to change the world”.

BTS – standing for Bangtan Sonyeonden or Beyond the Scene – was founded in 2013 and since then has built its “ARMY” fanbase numbered conservatively at 90m worldwide. The seven members self-produce their music and have made a signature of their practice of inter-relating with fans. 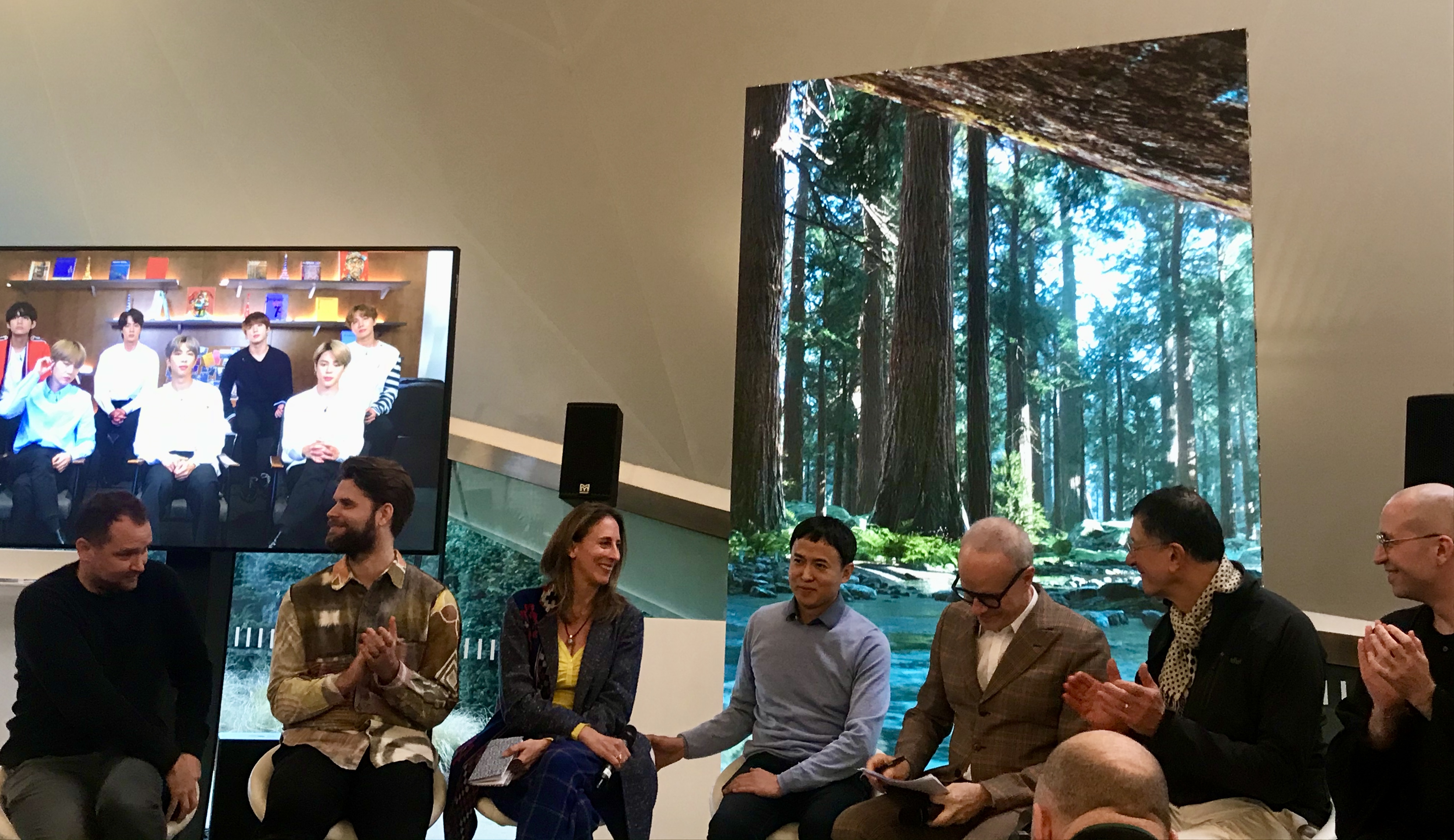 Connects has been the brainchild of the Korean curator Daehyung who has collaborated with the band and curators in the five cities to create art projects that “connect individual across the world as they re-evaluate their present circumstances, attitudes and potentialities… promoting more innovative and effective approaches to social justice and well-being”. The aim of the connections between the 22 visual artists commissioned in the project and the boy band is to create a democratic cross-pollination between the two separate worlds. The costs of the project are not being disclosed.

All five projects are free and viewable on the internet. https://www.dazeddigital.com/music/article/47462/1/connect-bts-global-art-exhibition-project-what-you-need-to-know

Rituals of Care (Jan 15-Feb 2) In a building close the site of the Berlin Wall and next to the former Gestapo headquarters 17 artists will perform a series of works spanning experimental choreography, healing practices, sonic environments, moving landscapes and collective gatherings. 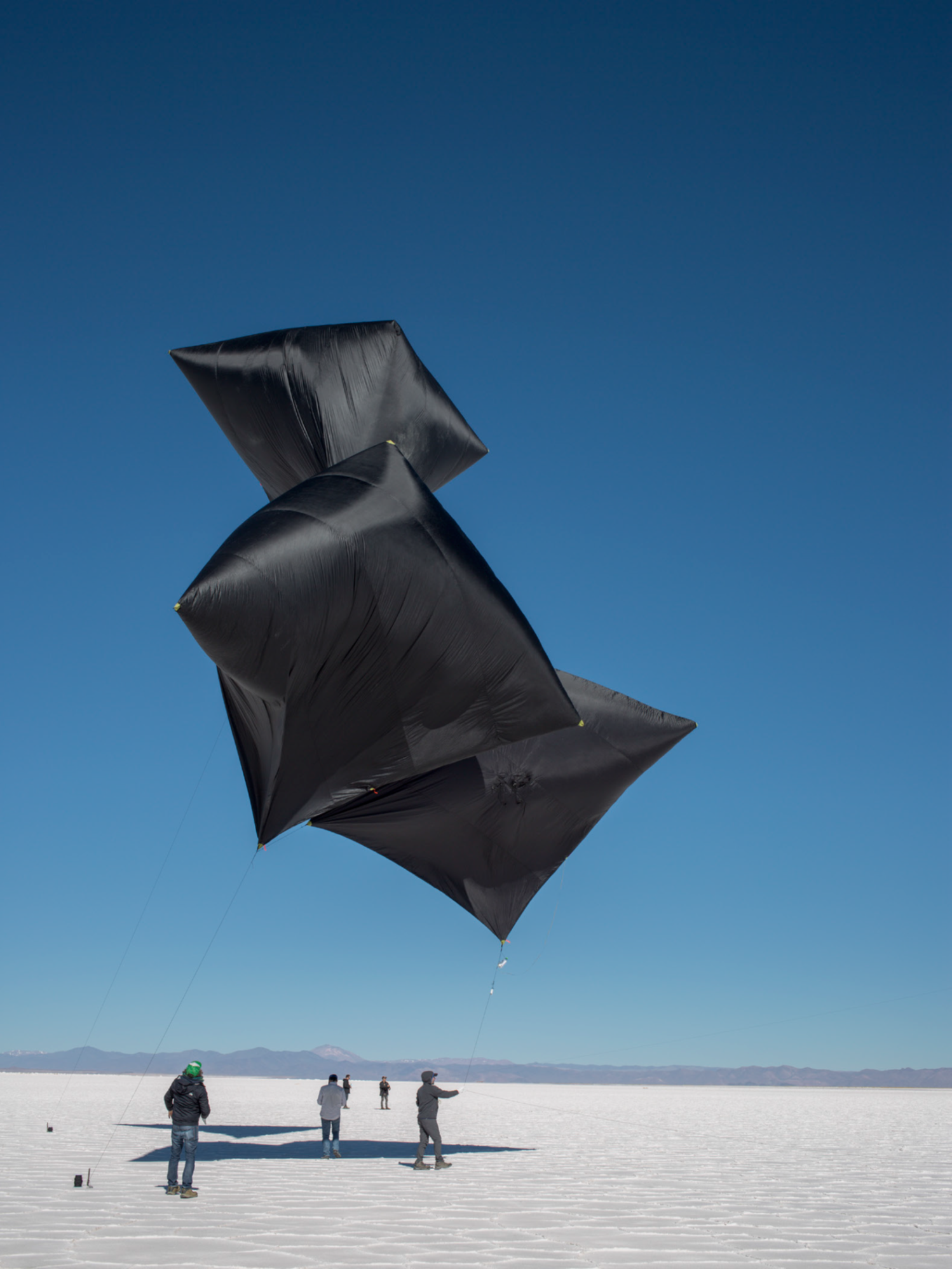 Fly with Aerocene Pacha (21 Jan-22 March) The Argentinian artist Tomás Saraceno has created a solar-powered balloon that will carry a human passenger across the world from Salinas Grandes in Argentina  to Seoul, with its progress tracked on Instagram and online. 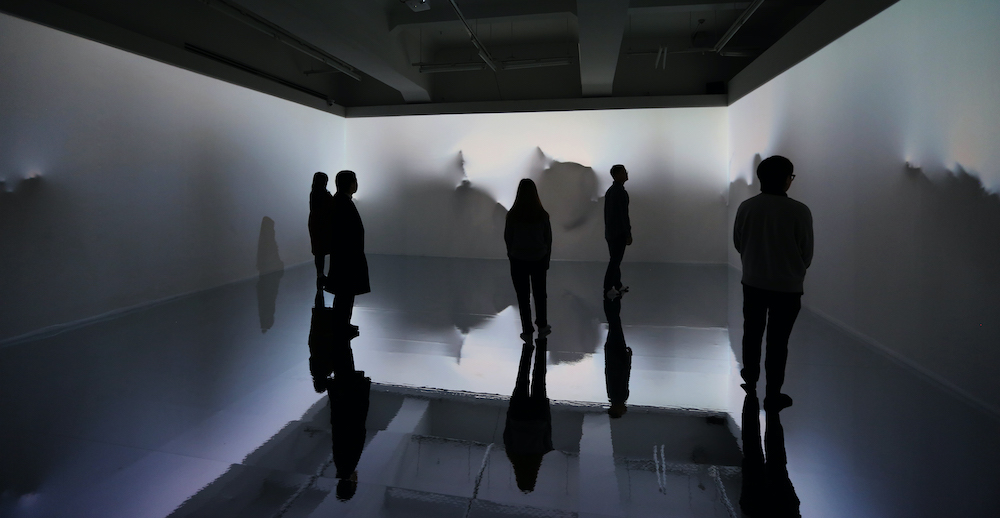 Green, Yellow, Pink (28 Jan-20 March) and Beyond the Scene (above) Seoul’s Zaha Hadid designed Dongdaemun Design Plaza will host two public exhibitions. The first, by the British-born artist Ann Veronica Janssens is a disorientating environment filled with hazy multi-coloured mist, while the Korean artist Yiyung Kang’s Beyond the Scene is a large-scale digital re-imagining of the boy band’s dance movements seen through projection mapping. 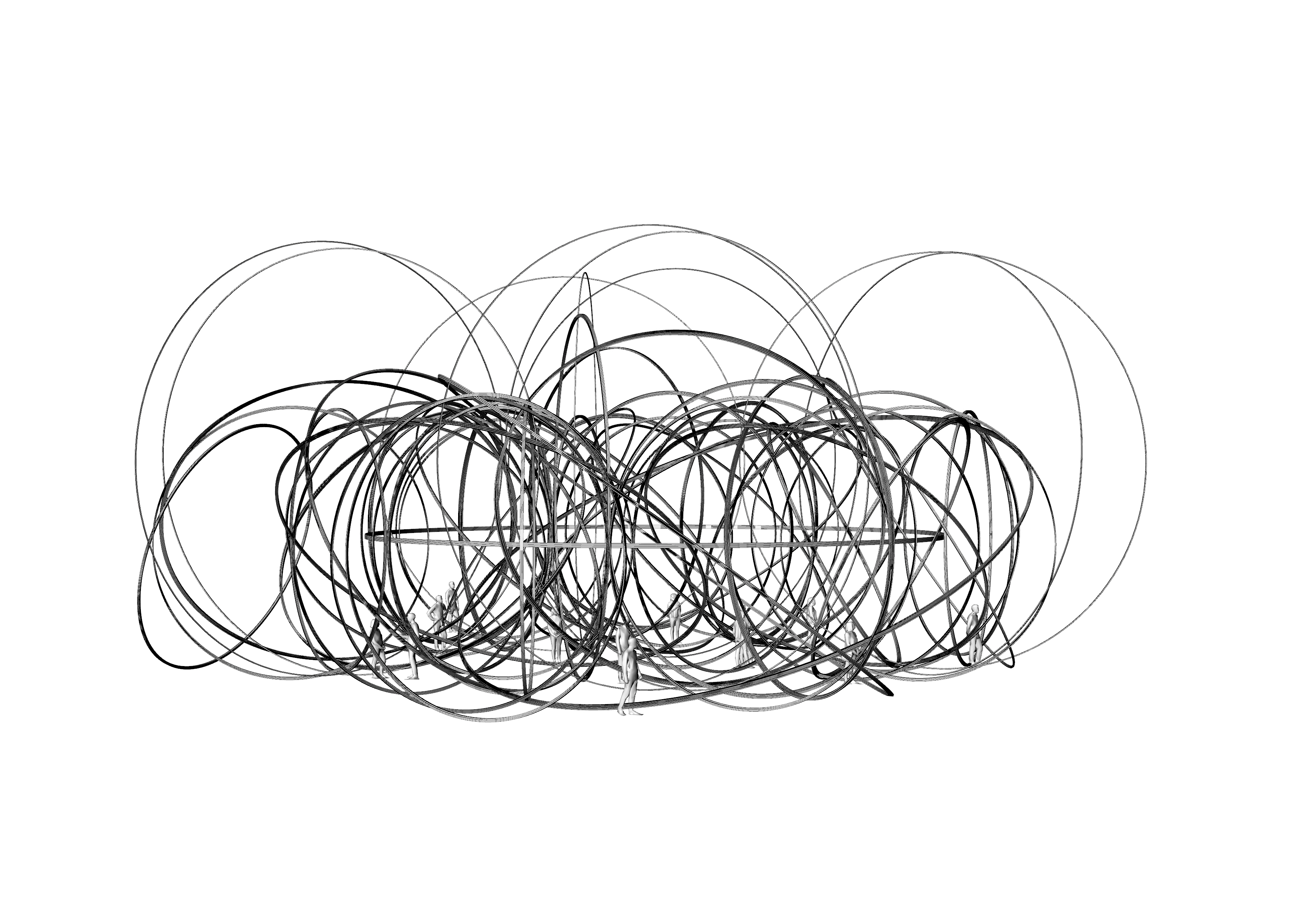 Rendering New York Clearing (2020) 4 Feb-27 March. Sir Antony Gormley is to fill New York’s Brooklyn Bridge Park Pier 3 building with  vast “drawing in space” is  which  18 kilometres of aluminium tubing will coil around in an immersive space drawing, “turning sculpture into a critical exploration of the body, not as an object but as a site of accumulated esxperie3ndfe  through which all human beings can begin t to question, understand and reframe their relationship to others” said Daehyung Lee.

“The work of these and other artists collaborating on this project together with BTS convenes on an aim to uncover forms and values with universal relevance” he summed up.  “Explicitly through their participation and implicitly through discreet works of art and music, they share a desire to transcend the specificities of time and place in the hopes of advancing humanity towards a more just and harmonious society”.