Is this Charlotte Brontë – by Branwell?

Is this the lost portrait of the novelist Charlotte Brontë painted by her brother Branwell? Charlotte Cory, curator of an exhibition that opened this week in London, believes it is.

Cory, an artist and writer who scripted the current BBC Radio 4 daily series about the Brontës and is a lifelong enthusiast, bought it in a junk shop in Yorkshire “for a few pounds”, she told AI.

“The National Portrait Gallery has a painting of the sisters (Charlotte, Emily and Anne Brontë) by Branwell, and there’s a fragment of another which we think is of Emily” she said. “It looks as if Branwell did a group portrait and single portraits of each of the sisters. This image fits the pose and the clothing for Charlotte in the group. I haven’t been able to persuade the NPG to examine it, but if it’s not Charlotte who else could it be?”

The exhibition, Charlotte Brontë at the Soane, marks the 200th anniversary of Charlotte’s birth. She lived all her life in Yorkshire, mostly at her father’s parsonage in Haworth, but made five visits to London in the late 1840s and early 1850s as she became a celebrity with her novel Jane Eyre. She was the oldest of three sisters, all of whom had success as novellists and all of whom died young, Charlotte in 1855 aged 38.

Branwell, a year younger than Charlotte, was destined for a life as an artist and was sent by his father to the Royal Academy Schools, but frittered his fees and never attended classes, perhaps aware that his talent was frugal. He died an alcoholic in 1848.

The exhibition, in which the portrait takes pride of place, details Charlotte’s visits to London, and although the most fashionable portraitist of the day, John Everett Millais, asked to paint her she refused, bashful of her plain looks. “We know she had a rather square jaw, a long nose, was quite small and was very short-sighted so she wore glasses – though never in public” Cory says.

The exhibition runs until May 7. 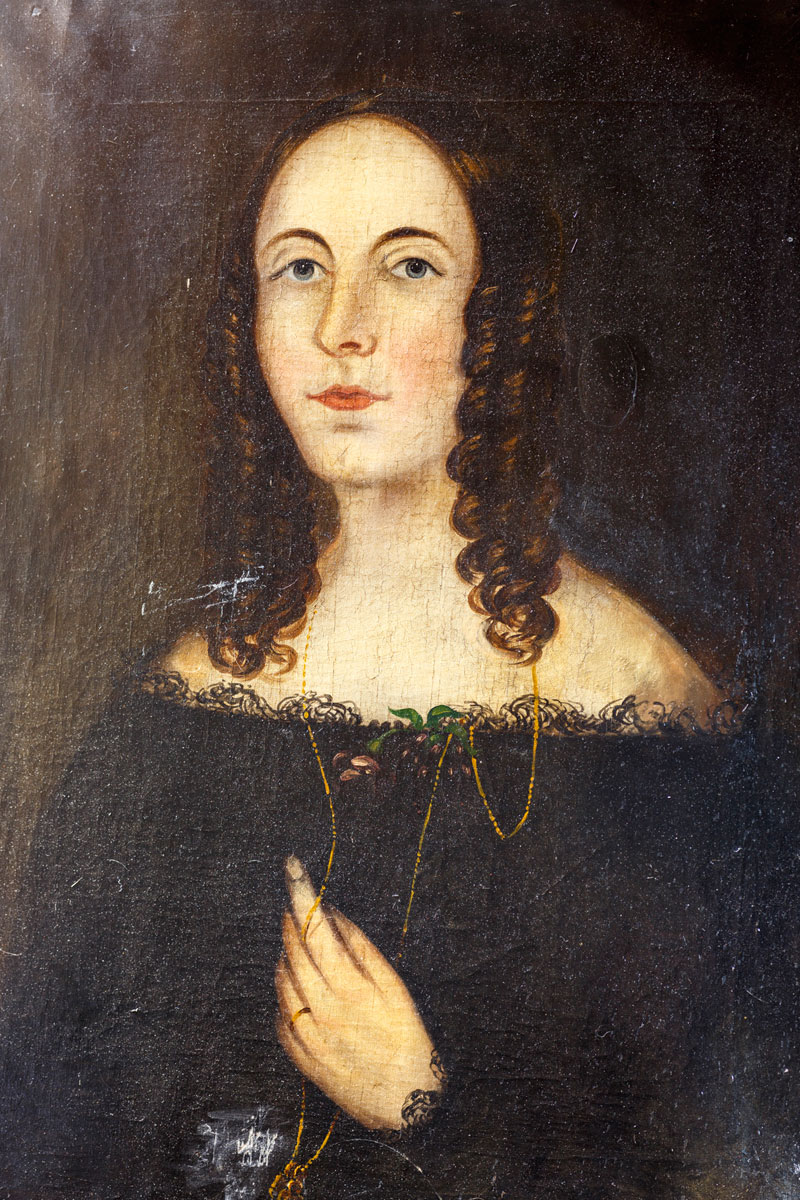