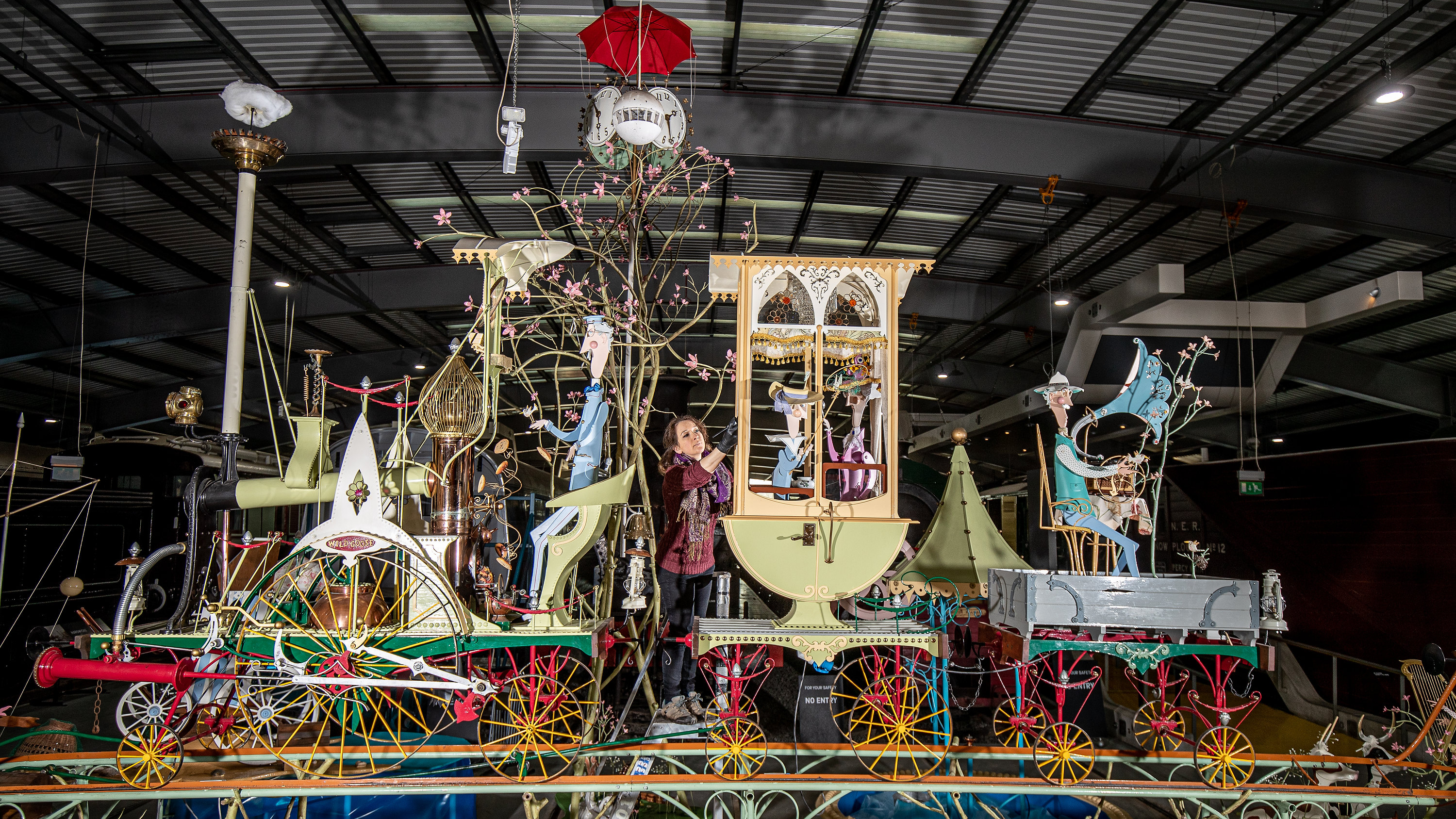 The last mechanical sculpture by the much-loved artist and cartoonist Rowland Emett has been saved for the nation by the Science Museum.

A Quiet Afternoon in the Cloud Cuckoo Valley was made in 1984, six years before Emett’s death, and comprises eight separate machines that together tell the story of a journey aboard the imaginary “Far Tottering and Oyster Creek Railway”. The railway was based on an earlier cartoon, a life size model of which, complete with three locomotives, was famously created for the 1951 Festival of Britain.

The sculpture was acquired for a six-figure sum from a private seller, with the support of the Art Fund, the Science Museum Foundation, the Friends of the National Railway Museum and private donors. The piece has had a picaresque history: one of Rowland Emett’s largest pieces it was originally commissioned for a shopping centre before being exhibited at Spitalfields Market in London. In 1999 while being stored, it was stolen for scrap metal but later recovered.

Rowland Emett was born in London in 1906 and found fame with his whimsical cartoons for Punch magazine before creating a series of intricate mechanical sculptures based on his imaginative creations, contrived in his workshop in the Sussex countryside, and he found a new fame for his inventions for the Caractacus Potts in the 1968 film Chitty Chitty Bang Bang.

A Quiet Afternoon in the Cloud Cuckoo Valley is now on a national tour beginning at Locomotion in Shildon, Co Durham, part of the Science Museum group.