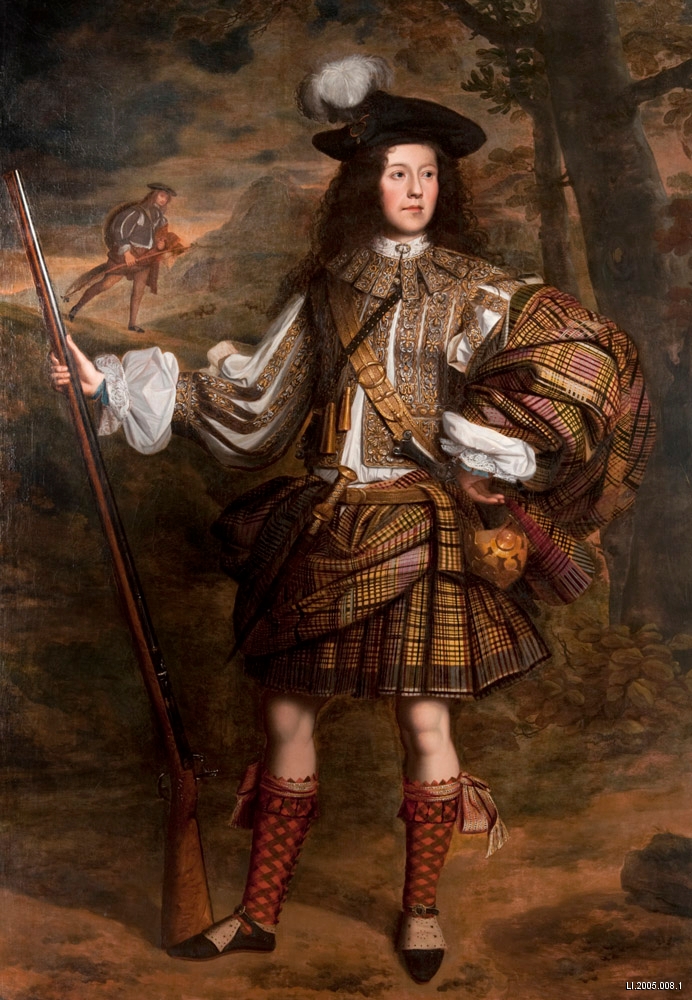 Glasgow gets Highland Chieftain for bargain £500,000

Glasgow Museums has acquired a 17th century painting key to Scotland’s Gaelic culture, for a discount price of £500,000.

A Highland Chief: Portrait of Lord Mungo Murray was painted in about 1683 by John Michael Wright (1617-1694), the earliest major full-length portrait showing Highland dress. He is seen wearing a doublet and belted plaid in tartan that pre-dates the invention of kilts and clan tartans.

Lord Mungo Murray (1668-1700), the fifth son of the first Marquess of Atholl, was 15 when he was portrayed as a Highlander warrior, standing in a mountainous landscape with his servant in the background carrying his master's longbow and fur-decorated shield. Lord Mungo's life was cut short, however, when he was part of the Darien expedition sent to establish a Scottish colony in modern Panama, Central America, in 1700, and was shot dead by Spanish forces soon after his arrival. He was 32.

The painting is from the Allan and Carol Murray Collection and had a price of £600,000, but the owners were keen for it to hang in Glasgow's Kelvin Grove Museum and agreed a £100,000 reduction to the price. It was bought with the help of the National Lottery Heritage Fund, the Art Fund, the Friends of Glasgow Museums and the National Fund for Acquisitions Fund. It now hangs in the museum’s Scottish Identity in Art Gallery.

“This striking work-of-art is a photograph of its time, capturing a period in our social history which predates the Highland dress we recognise today” said The National Lottery Heritage Fund’s Scotland director, Caroline Clarke.