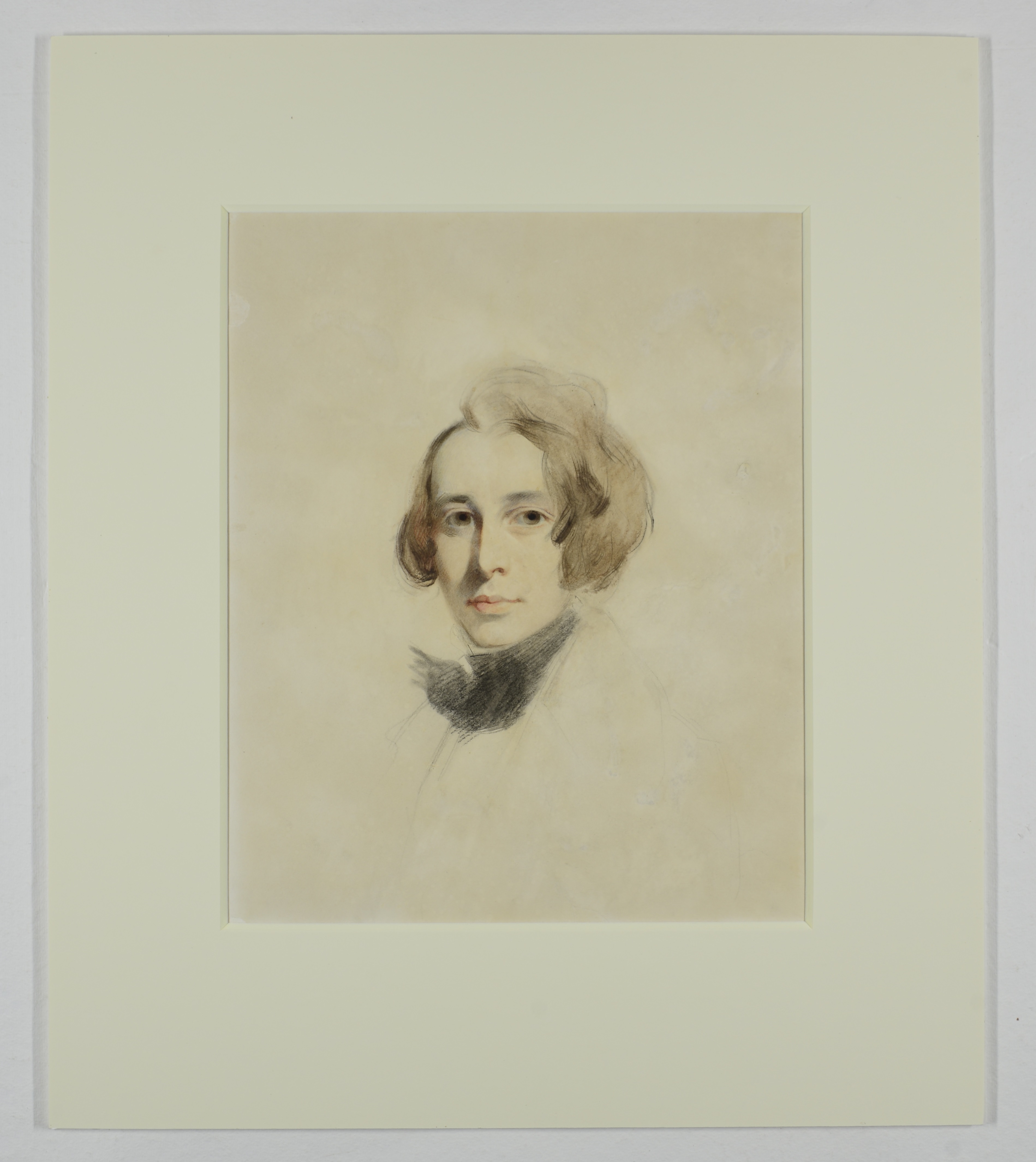 A hoard of unsuspected Dickens treasure has been acquired by the Dickens Museum for £1.8m.

The collection of more than 300 items, including private letters, is described today, his 208th birthday, as a “true once-in-a-lifetime moment for the museum” by its director, Cindy Sughrue. “150 years after the death of Dickens, it is wonderful to be able to bring such a rich and important collection to the museum at his first family home”.

The items, accumulated over 40 years by an American collector who is remaining anonymous, give rich new insight into Dickens and his private life. 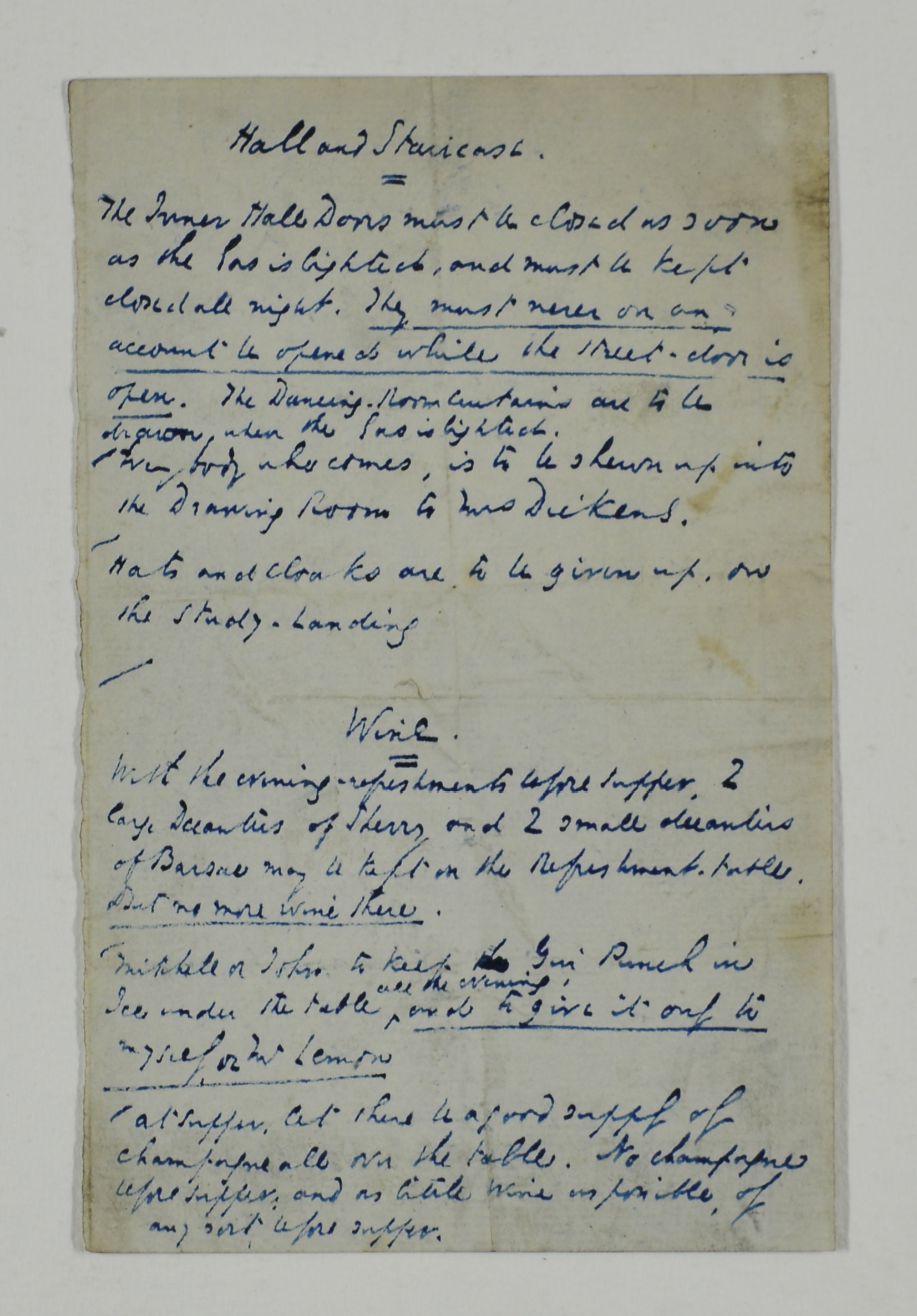 Dickens instruction to his butler

It includes very precise instructions to his butler for a dinner party which includes putting a bowl of gin punch beneath the dining table for the exclusive use of his friend Mark Lemon, the funder of Punch magazine, and himself. “This probably comes from his father, John, who was Mr Micawber who says in David Copperfield ‘All you need is lemons and some gin to make a punch, and all will be right with the world’” Sughrue says. Dickens brought his love of cocktails back from America after his first tour in the 1840s, introducing mint julep and sherry cobbler to mid-Victorian dinner parties. 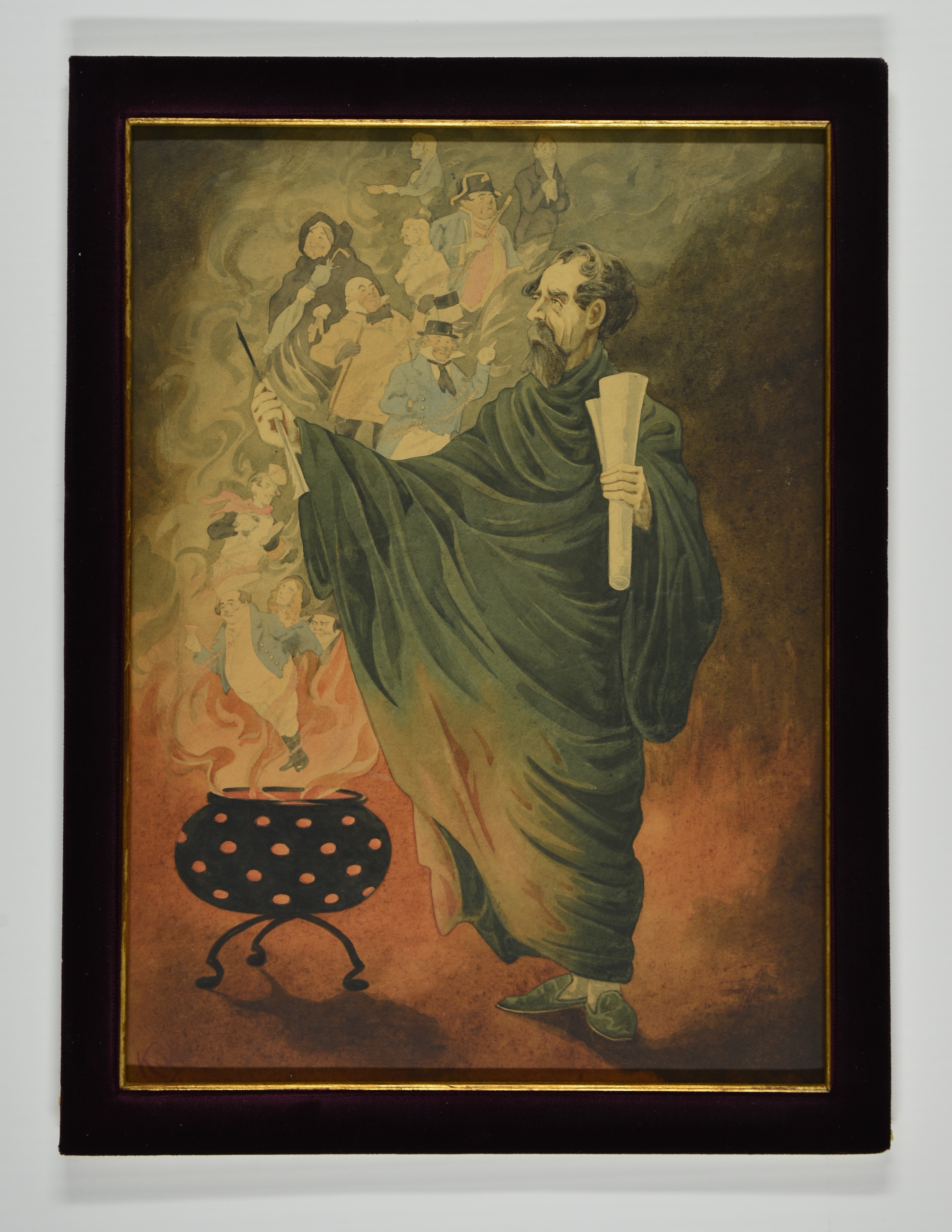 Dickens also mounted elaborate private theatrical productions at his house in Gad’s Hill, Kent, when friends such as the painter and illustrator George Cattermole, Lemon and the writer Wilkie Collins would act with Dickens in his own plays and their host would provide silk playbills for the occasions, hitherto unsuspected gems.

One of the most surprising items is likely to be an unfinished pastel sketch by Samuel Laurence from the 1830s (main image), a preparation for a portrait that has now been lost. Equally fascinating is the engraving by George Cruikshank of Fagin in the condemned cell for Oliver Twist with the artist’s doodles of other studies of Fagin around the margins.

The collection includes 144 handwritten letters by Dickens which give new understanding of  the author’s warm characteristics, says Sughrue: “He has such a beautiful style, even in  his letters, that is so immediate and modern that you almost feel as if you right there with him”. 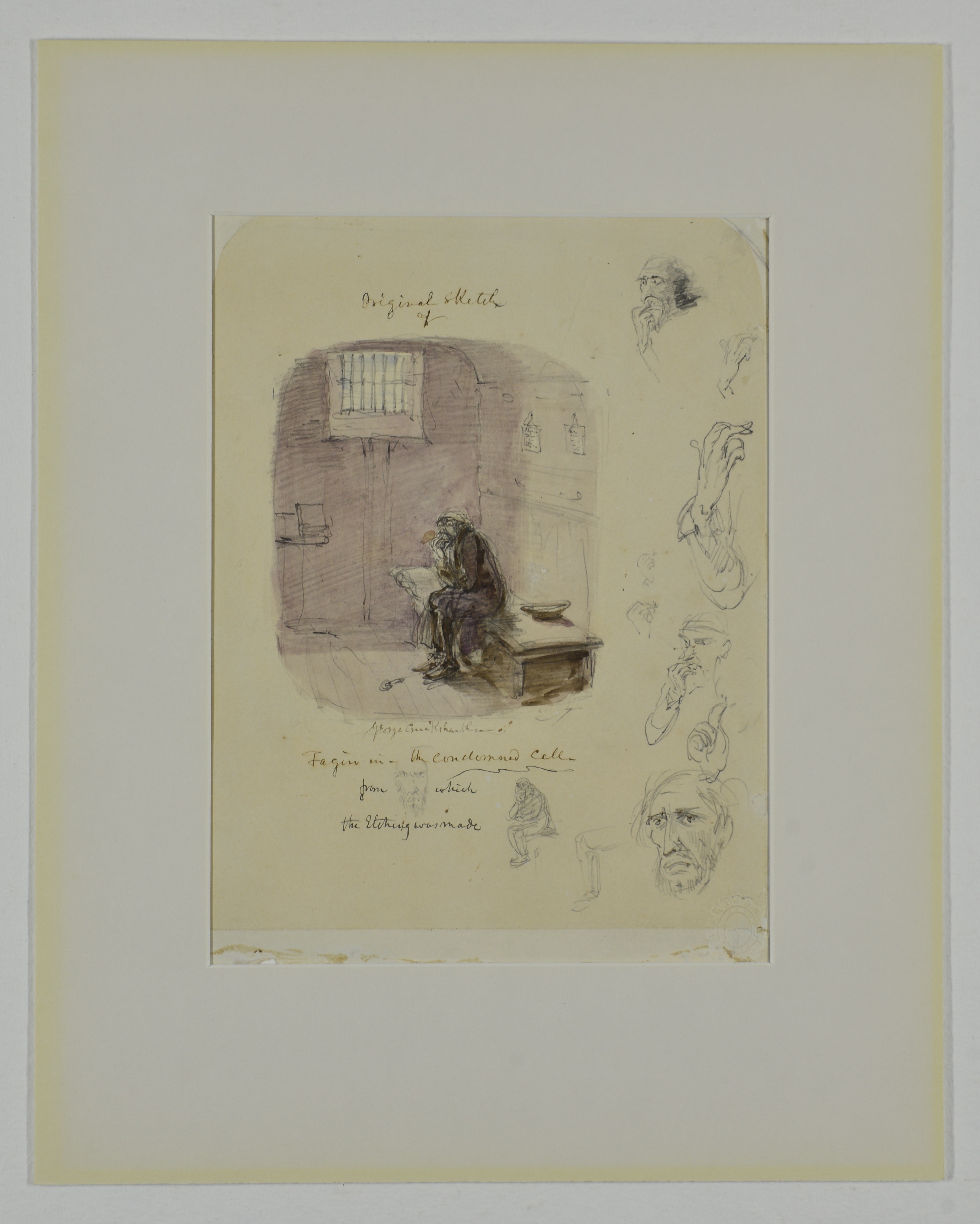 Fagin in the Condemned Cell, by George Cruikshank

Two poignant items relating to Dickens’s sister-in-law Mary Hogarth who died in the house in Doughty Street, London, that now forms the museum. They are two lockets, one given by Dickens to Mary with a lock of his hair, and one given to him by her mother with a lock of her hair after she had died, aged 17.

The purchase was made with the help of the Art Fund, the National Heritage Memorial Fund, the Friends of National Libraries and the Dickens Fellowship.  “As the great-great-grandson of Charles Dickens, it is an honour to represent the Museum at a highly significant moment in its history” said Mark Dickens, chairman of the museum’s trustees. “The museum already holds an impressive collection of Dickens-related material, and this quite staggering material brings us even closer to the man himself, his character, feelings, family and friends”.