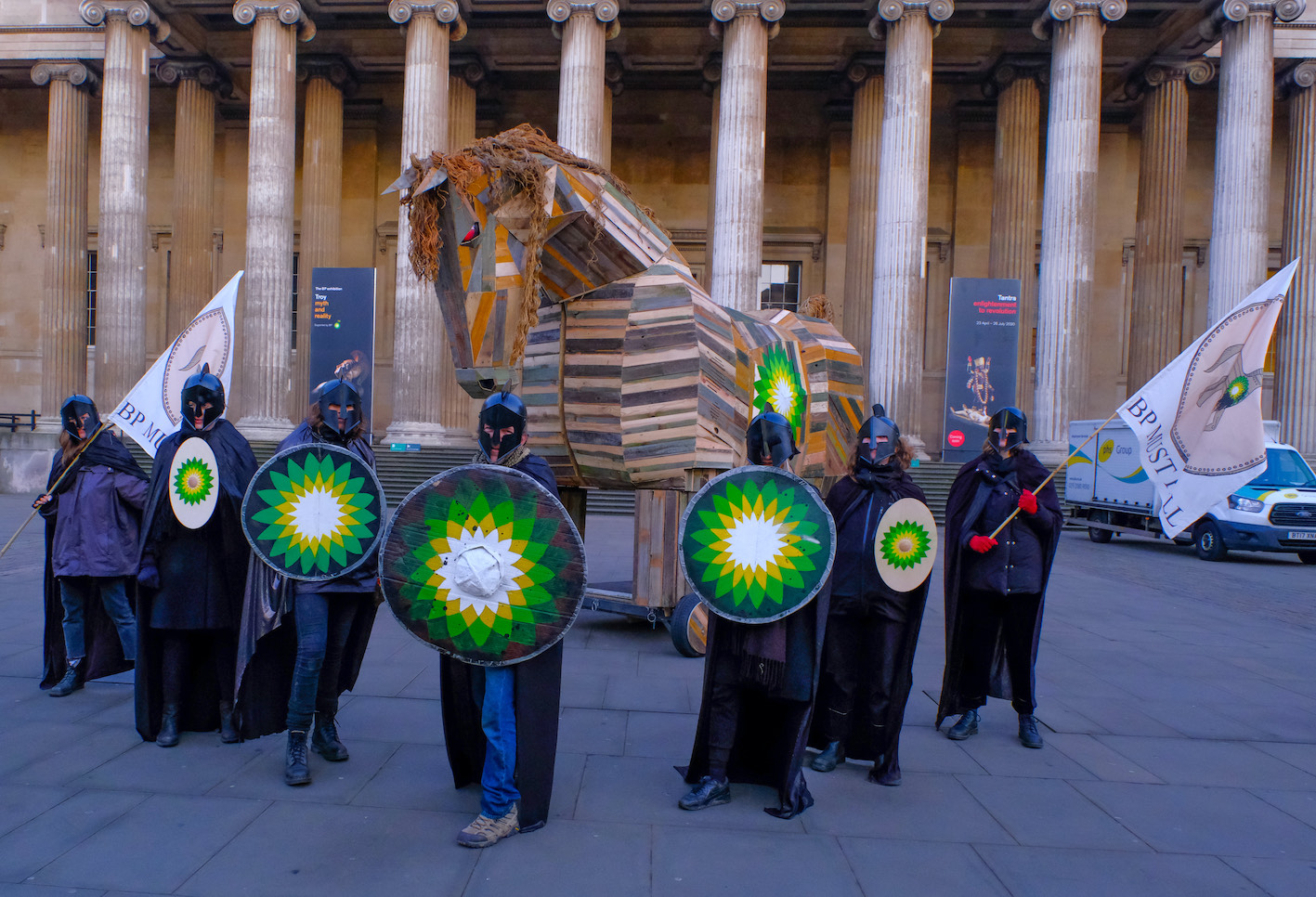 The construction containing ten people dressed as Greek warriors was wheeled into the precincts at 7.30 this morning at the start of a day of protest. They emerged brandishing banners declaring “BP Must Fall”.

Once in, the BP or not BP? campaign handed in a letter asking for permission to bring the horse in and allow it to stay for a day of action tomorrow (Saturday).

“The Troy exhibition has inspired us to create this magnificent beast, because the Trojan Horse is the perfect metaphor for BP sponsorship” said Helen Glyn of Bp or not BP? “On its surface the sponsorship looks like a generous gift, but inside lurks death and destruction. This is our 40th performance intervention at the British Museum: for eight years our peaceful creative protests have been dismissed and the museum has continued to back BP. Now the planet is literally burning.”

Built from reclaimed timber and discarded rope, the horse is powered by solar-charged batteries and equipped to enable people to stay inside it overnight.