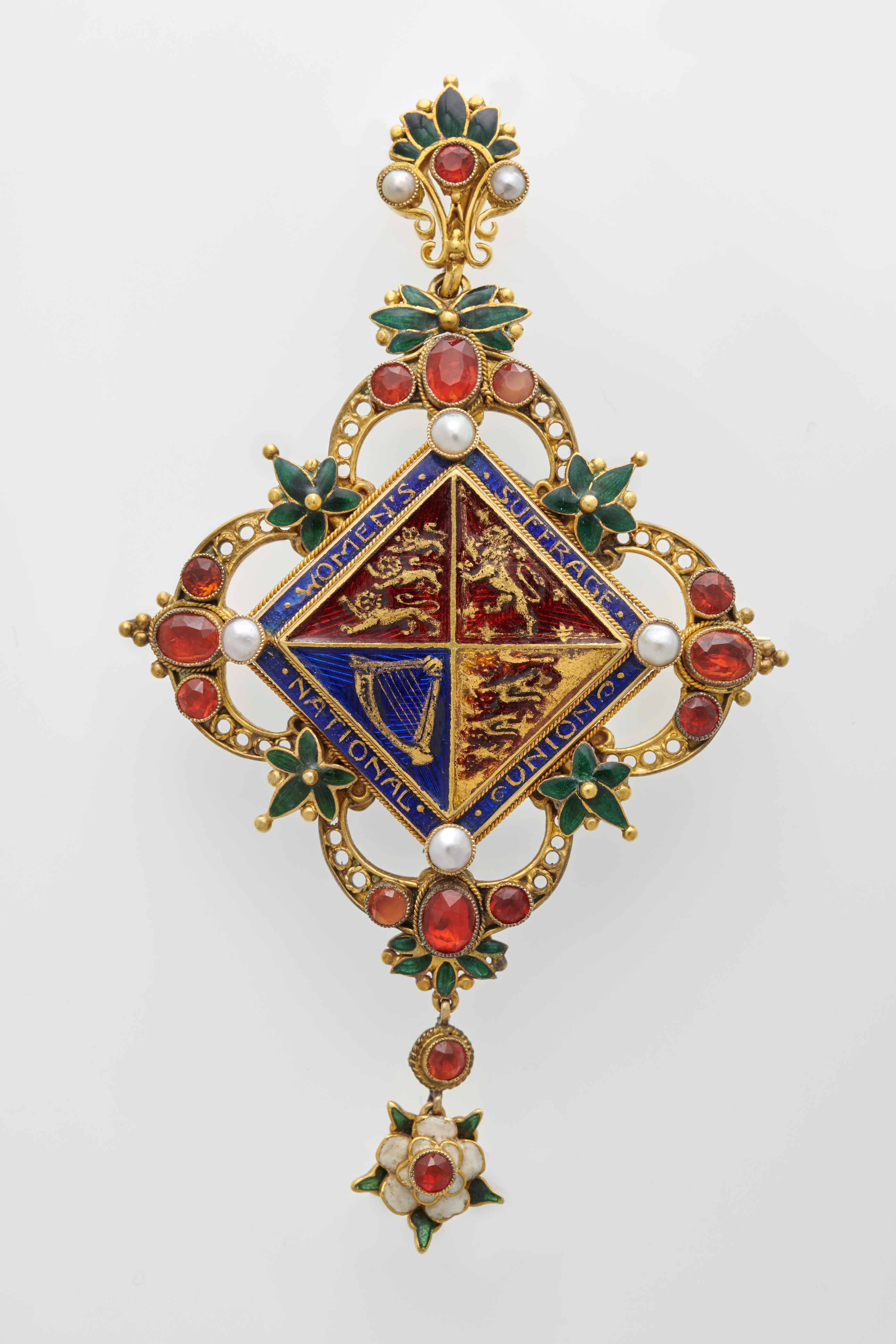 The gold and enamel brooch given to women’s suffrage pioneer Millicent Fawcett goes on permanent display for the first time at the Museum of London on Friday.

The brooch, on long-term loan from the Fawcett Society, was the gift of members of the National Union of Women’s Suffrage Societies (NUWSS), the largest non-violent suffrage group, which Fawcett chaired and which was disbanded in 1919 after the Representation of the People Act which gave women the vote for the first time. 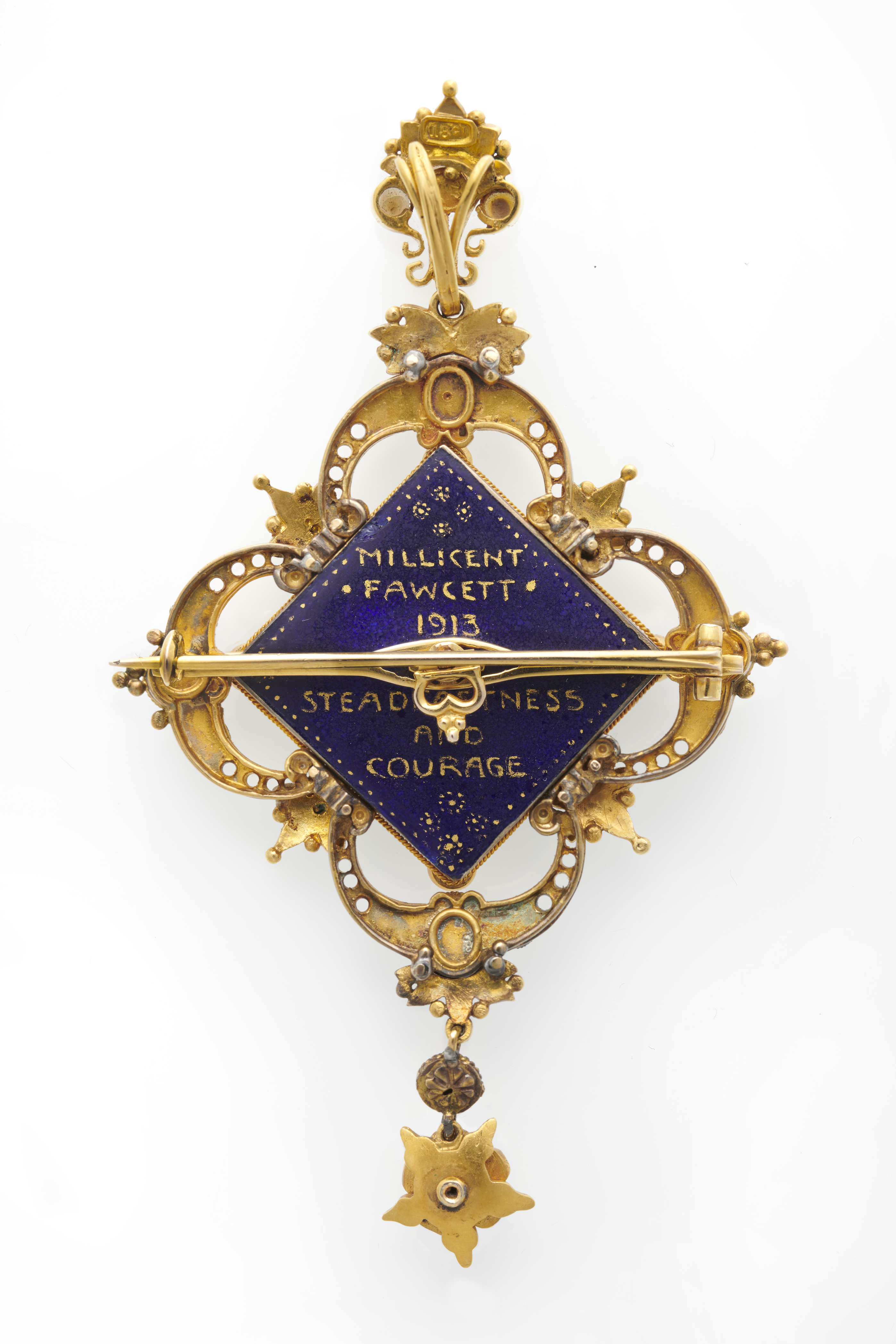 The jewel includes gems in the white, red and green colour scheme of the NUWSS. On the reverse, is the message “Steadfastness and Courage”, a direct reference to a speech made by Fawcett in 1913. She is seen wearing the brooch on the statue by Gillian Wearing, unveiled in Parliment Square in 2018.

“Millicent Fawcett was awarded this brooch for steadfastness and courage in 1913” said the Fawcett Society’s chief executive, Sam Smethers. “She built a movement of tens of thousands of people over more than 60 years of campaigning.  That suffrage history belongs to all of us. We are delighted that this unique item will now be on display for thousands more to see it in it's fantastic new home at the Museum of London.”