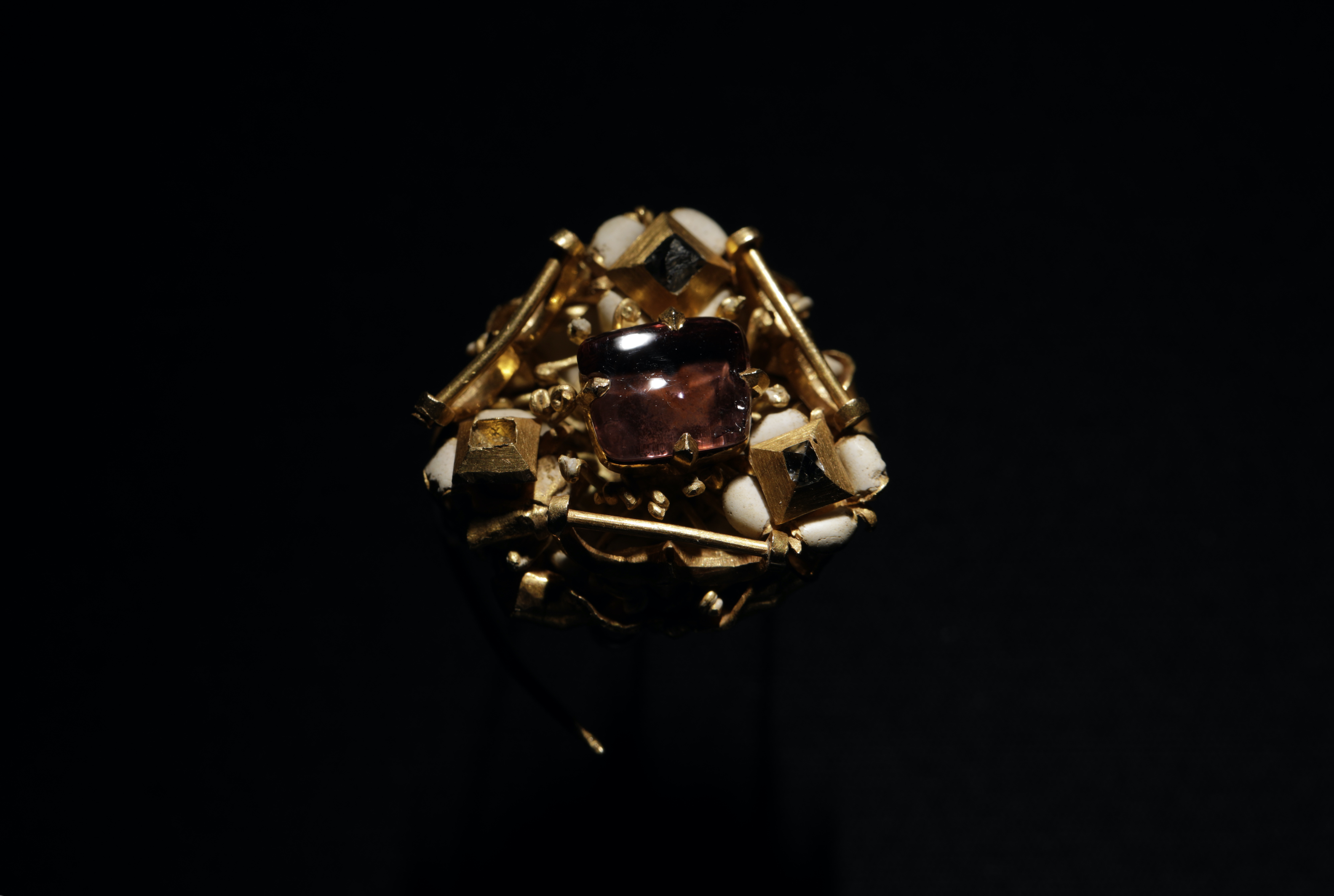 The V&A has acquired the late medieval gold brooch found in 2017 by a metal detectorist, and put it on display in its jewellery gallery today.

The rare jewel, made in either France or Germany in 1400-1450, is in the form of a flower mounted with two diamonds and one central cabochon spinel with enamel decoration, and pearls which have since been lost due to degradation. The brooch lay hidden just four inches below the surface in a former royal hunting ground near Brigstock, Northamptonshire, for nearly 600 years before it was dug up by metal detectorist Justin Owens.

It is the first of its kind found in the UK, and only the seventh anywhere in the world. It is also only the second acquisition the V&A has made through the National Treasure Act. Its value is not being disclosed.

“Jewellery often has an inventiveness, an emotional character and a longevity that transcends the death of its original wearer as a gateway to unlock the past” said James Robinson, the V&A’s keeper of metalwork. “This intriguing and exquisite late medieval cluster brooch is a rare survivor with a tantalising story to tell.

“It’s sculptural design, exceptionally fine gold and enamel work, stunning diamonds, central cabochon spinel and pearls (now lost), all express burgeoning opulence and extreme wealth. It would have been made for someone from the highest echelons of society. The loss of some diamonds and the brooch’s severely bent pin belie the visible trauma it would have suffered when it was likely ripped off its wearer during the thrill of a hunt. It makes a truly captivating and unique addition to our world-class jewellery collection, which traces the story of jewellery in Europe from ancient times to the present day.”