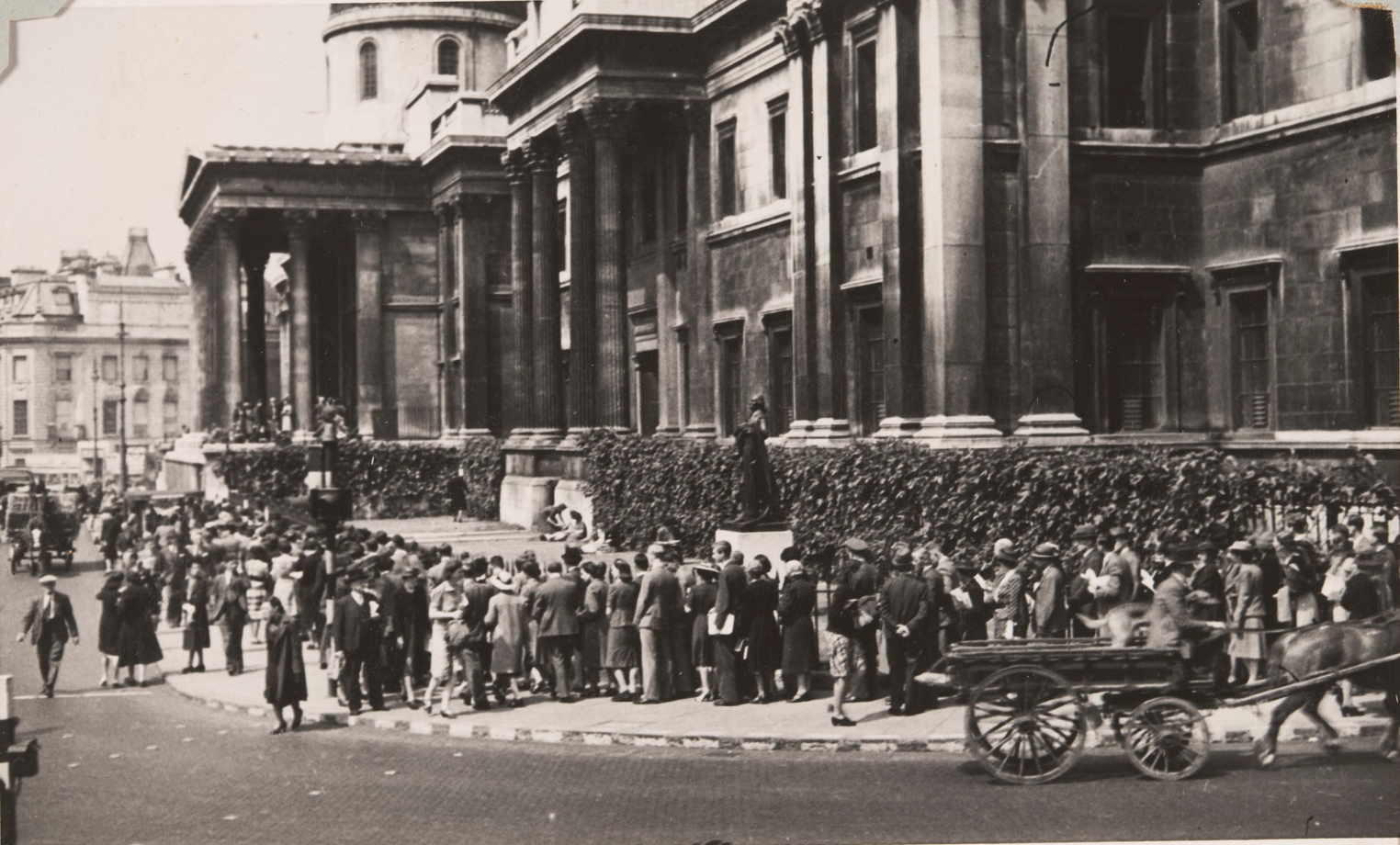 While much of London’s centres of entertainment were closed during the Second World War, the National Gallery was one of the few that maintained a programme of cultural activity.

The main collection was stored safely in a Welsh mine, but one “Picture of the Month” was brought back for an enthusiastic public, there were exhibitions of contemporary art, and the concert pianist Dame Myra Hess organised immensely popular concerts there. The irony is that the only two days of the war that the Trafalgar Square gallery was closed were May 8, VE Day, and May 9, despite being bombed nine times, while with the coronavirus lockdown the institution has been closed since March 24.

So while the gallery is able to offer online art lessons with talks from home by curators, staff recreating paintings and virtual tours of more than 2,600 paintings https://www.nationalgallery.org.uk/paintings/search-the-collection there can be none of the activity on the premises there was 75 years ago.

“The last time the gallery closed the doors on the pictures for a long period was during the Second World War when the pianist Dame Myra Hess organised a musical programme here” said the present director Gabriele Finaldi. “It is a very remarkable National Gallery story and we consider ourselves the heirs of Myra Hess’s spirit as we plan our activities while the Gallery’s building is temporarily.”

His predecessor of 75 years ago, Kenneth Clark, had evacuated the bulk of the collections to Manod, a slate quarry in the Welsh mountains, just as galleries, theatres, concert hall and museums we’re closing and the city was under blackout. The talk was that the building could be used for war work, but Clark was determined it should be used for cultural pursuits, and he instituted the lunchtime concerts. Many of the concerts were given by Hess herself, her repertoire of Bach, Beethoven, Brahms and Schumann available for a shilling (5p) a ticket. The café served tea, coffee and sandwiches served by volunteers.

The exhibitions Clark installed included Nineteenth-Century French Paintings,  British Painting since Whistler and the futuristic Greater London… Towards a Master Plan and after bombing lessened in 1942 a painting a month was brought up from Wales, stored in the Trafalgar Square cellars, and put on show – the first was one of Clark’s personal favourites, Titian’s Noli Me Tangere of about 1514.  Picture of the Month is still a National Gallery feature.