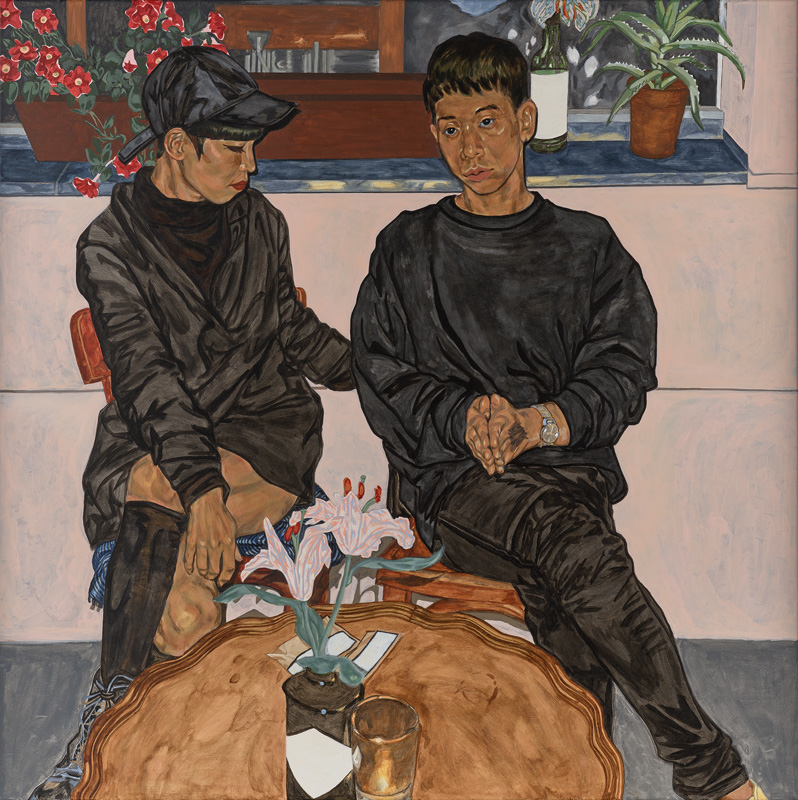 Prachakul’s painting Night Talk wins the £35,000 first prize plus commissions worth £7,000. Second was the Russian Sergey Svetlakov’s Portrait of Denis: Actor, Juggler and Fashion Model who wins £12,000, and third was Michael Youds, a gallery attendant at the National Galleries of Scotland, with Labour of Love depicting Tommy Robertson, the owner of an independent music store in Edinburgh, which wins £10,000.

The BP Young Artist Award of £9,000 for the work of a selected entrant aged between 18 and 30 has been won by Dutch artist Egbert Modderman for Restless which depicts the Old Testament figure of Eli.

Jiab Prachakul was born in Nakhon Phanom, a small town on the Mekong River in northeast Thailand. She studied filmography at Thammasat University before working as a casting director at a Bangkok production company, finding talent for advertising campaigns. In 2006 Prachakul moved to London where a David Hockney retrospective at the National Portrait Gallery made her want to become an artist. She moved to Berlin in 2008 and began selling her pictures at a local flea market, and at the same time set up an online fashion brand, designing merchandise based on her artworks, which she continues to run from her current home in Lyon.

Night Talk portrays Prachakul’s close friends Jeonga Choi, a designer from Korea, and Makoto Sakamoto, a music composer from Japan, who are pictured in a Berlin bar on an autumn evening. The portrait explores notions of individual identity and how perceptions of selfhood can change over time. “Our identity is dictated to us from the moment we are born, but as we grow up, identity is what we actually choose to be” Prachakul says. “I do believe that our circle of friends is what makes us who we are. Jeonga and Makoto are like family to me. We are all outsiders, Asian artists living abroad, and their deep friendship has offered me a ground on where I can stand and embrace my own identity”.