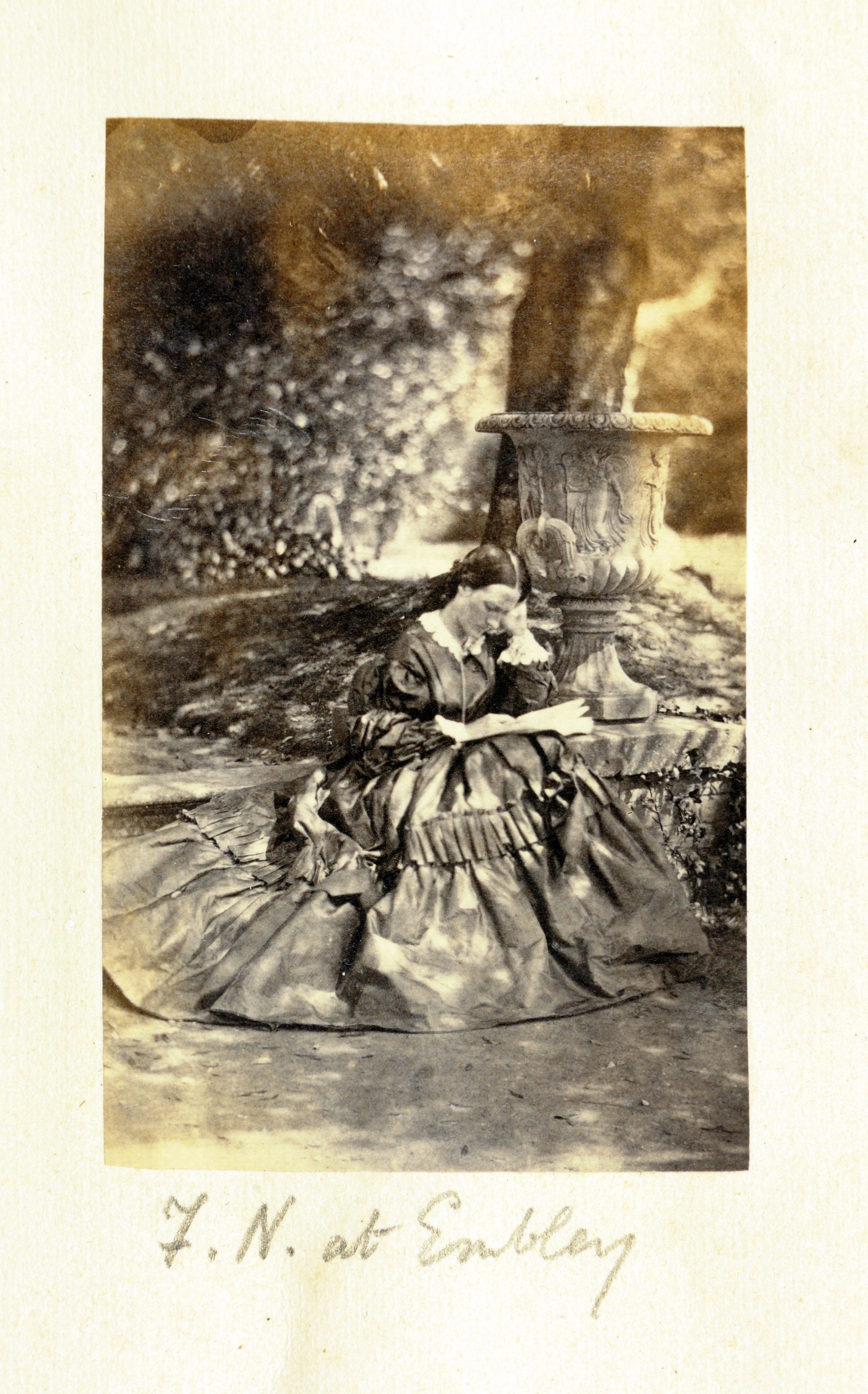 Florence Nightingale’s bicentenary, which falls on May 12, is to be used to salute health workers around the world.

The day of her 200th birthday - International Nurses’ Day in the designated International Year of the Nurse and Midwife - is to be marked with her portrait being to St Thomas's (home of the Florence Nightingale Museum) and Guy's hospitals with a message of gratitude directed at all health care workers on the frontline in hospitals, clinics, care homes, surgeries and pharmacies, organised by the museum and Guy's and St Thomas's NHS Foundation Trust. The 15m by 10m image of the “the Lady with the Lamp” will light up the hospitals between 8 and 11 pm on the 11th and 12th of May.

Image shows Florence Nighitngale at Embley Park at Romsey in Hampshire, her home for most of her life where she died aged 90

Ironically in this commemorative year, the museum is also appealing for help to avoid closure, its finances critically hit by the enforced closure (see below).

Nightingale, who was named after the city where she was born in 1820, is also revered in Italy where she helped to develop healthcare structures, and her likeness will be  beamed on to the exterior of Rome’s L. Spallanzani Hospital, home to the National Institute for the Infectious Diseases, and the first research centre in Europe to isolate the genomic sequence of Covid-19.

“It’s fantastic to see our hospitals illuminated in Florence Nightingale’s image” said the chief nurse at Guy’s and St Thomas’s, Dame Eileen Sills. “It’s a very fitting tribute as her first nursing school was set up at St Thomas' Hospital in 1860, establishing Guy's and St Thomas' as the home of modern nursing. As we celebrate her bicentenary, Florence Nightingale’s teachings are more important than ever before. Her emphasis on good sanitation, hygiene and gathering data is still the foundation of modern nursing and is a key part of the global efforts to tackle coronavirus. We are extremely proud of our strong connections to Florence Nightingale and it’s incredibly important to us that we continue to build on her wonderful legacy of delivering outstanding compassionate care.”

And David Green, director of the museum added: “The importance of nurses has rarely been clearer to us and, in turn, the work of Florence Nightingale is as relevant as ever, 200 years after she was born. Her transformative and enduring effect on healthcare and the esteem in which she is still held is clear in the naming of the new temporary NHS Nightingale hospitals. And until the lockdown, the Museum was seen as a place of pilgrimage for nurses the world over. The whole of the country is practicing methods taught by Florence Nightingale. She would be proud as we all are of all of the healthcare workers who are working on the front line to treat patients, fight the infection and reduce casualties.”

From her late teens, Florence Nightingale became captivated by the idea of becoming a nurse, a passion that distressed her parents who believed nursing to be an unfit profession for a respectable woman. Florence studied nursing secretly, defying expectations of society which she believed left middle class women unable to make full use of their energy, drive and intelligence. When she eventually began nursing in Germany she wrote, “Now I know what it is to love life!”

Florence was working at a Harley Street nursing home when she learned of the horrific conditions facing British army soldiers in their Crimean War hospital base at Scutari. The Secretary of State for War asked her to lead a team of 38 nurses to make urgent improvements. Faced with appalling conditions, Florence Nightingale and her nurses (whom she called her daughters) worked tirelessly, walking miles of hospital corridors to attend to thousands of casualties, bringing order, organisation, new supplies and cleanliness. She instilled discipline among her nurses, whom she ensured were treated with respect and who, in turn, treated soldiers equally, regardless of rank. At Scutari, she set up reading rooms, a non-alcoholic café and a banking system, and became adored by her patients.

As all of this was happening, back in Britain, reports from the Illustrated London News and The Times fixed Florence Nightingale as the popular public symbol of the war and propelled her to instant fame as the ‘Lady with the Lamp’. Florence Nightingale loathed the - in her own words - ‘buzz fuzz’ of celebrity, shunned the limelight and, on her return to Britain, travelled as “Miss Smith”.

The rest of Florence Nightingale’s life are often glossed over in favour of her Crimean efforts, but it was in this period that she transformed healthcare, inspiring generations of nurses. She used statistics (another personal passion), research and evidence to physically change the design and structure of hospitals and their working practices in ways which remain today: architecturally, in ward design and set-up, in nurse training, hygiene practices, infection control, evidence-based healthcare, and the compassionate treatment of patients.

All the while, Nightingale was suffering with illness, which meant that much of her writing, analysis of statistics and cajoling of medical experts and establishment figures took place amid bouts of fever, insomnia, exhaustion and depression. She died aged 90 in August 1910

In what should have been a hugely important and successful year for the museum it finds itself facing the threat of closure due to the pandemic, an ironic situation to say the least as we mark Florence Nightingale’s bicentenary.  The museum, an independent charity receiving no government funding, has just launched a public appeal to help avert the risk of permanent closure. Every donation is wholeheartedly welcome and will help the museum to continue to care for a historically significant collection and to inspire the next generation of healthcare workers. The museum’s Go Fund Me fundraiser can be found at florence-nightingale.co.uk or a donation of £10 can be made by texting NIGHTINGALE to 70085.