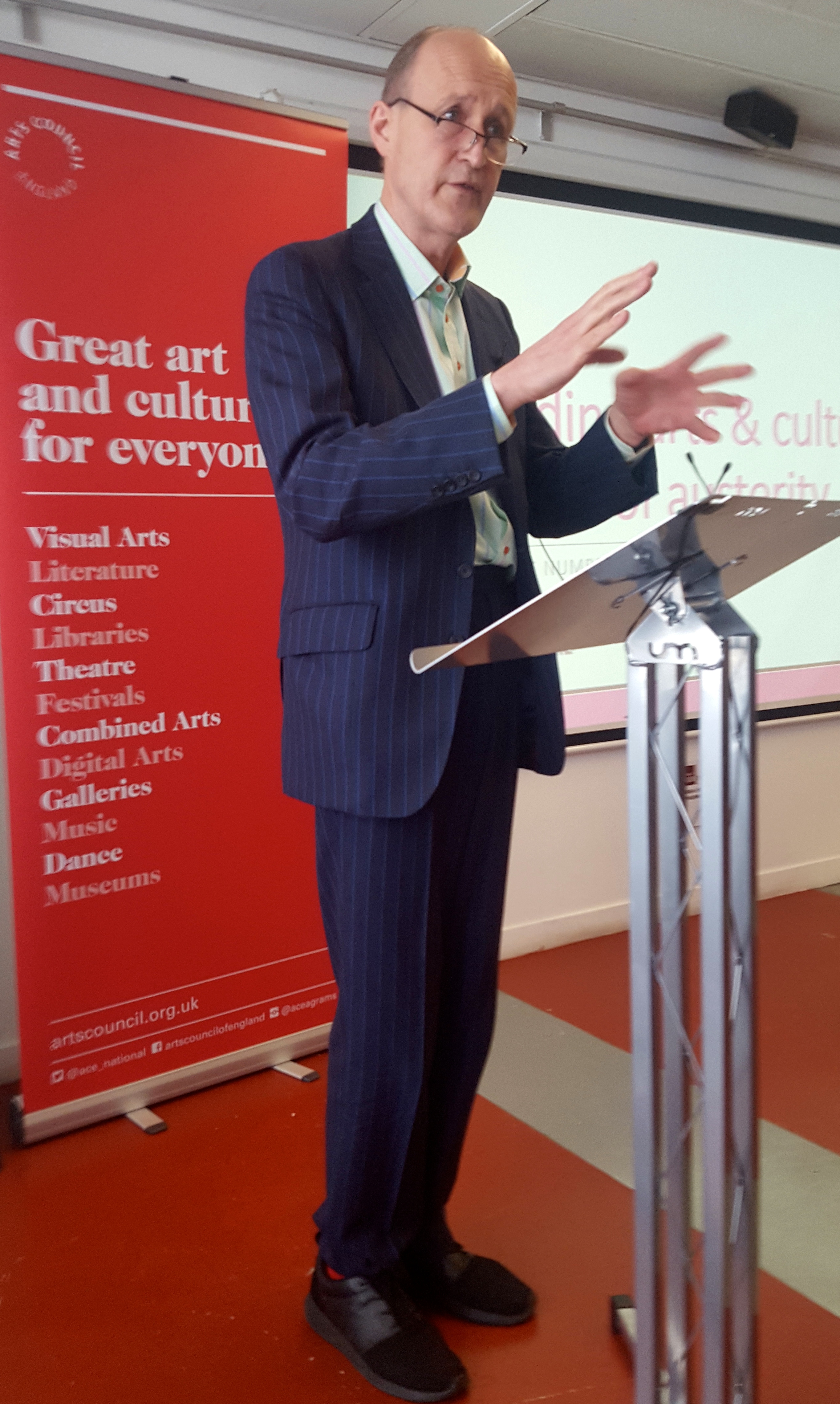 Local councils spend £1.1bn on museums, theatres and libraries compared with £700m from the Arts Council, and more than all national agencies combined, but there have been overall cuts of 17% since 2010’s £1.4m.

“In some areas significant cuts are being made… We know that local authorities will be asked to find even more substantial savings in the years to come” he said. “It’s the biggest challenge arts and culture faces at the moment.”

His comments were made at the launch of a new report from the New Local Government Network (NEGN) and ACE, Funding Arts and Culture in an Age of Austerity, which shows that cuts to cultural spending in local authorities were less than in other areas of responsibility, “which suggests that councils have tried to protect these services where they can” said the NEGN’s Adrian Harvey.

However, Bazalgette said, councils and arts organisations, including museums and libraries, were developing new strategies to maintain cultural provision in communities. Some are working with universities, others seeing new funding streams, incldui9ng encouraging bidders for non-cultural local contracts to consider ways to support the arts. While the Arts Council cannot replace lost funding, he said ACE was working with 240 authorities to share ideas and best practice.

“We know you're under pressure” Bazalgette told local authority representatives. “Let's work together to develop new, creative and innovative solutions to sustain the vital cultural life of our communities. We’re in if you're in.”