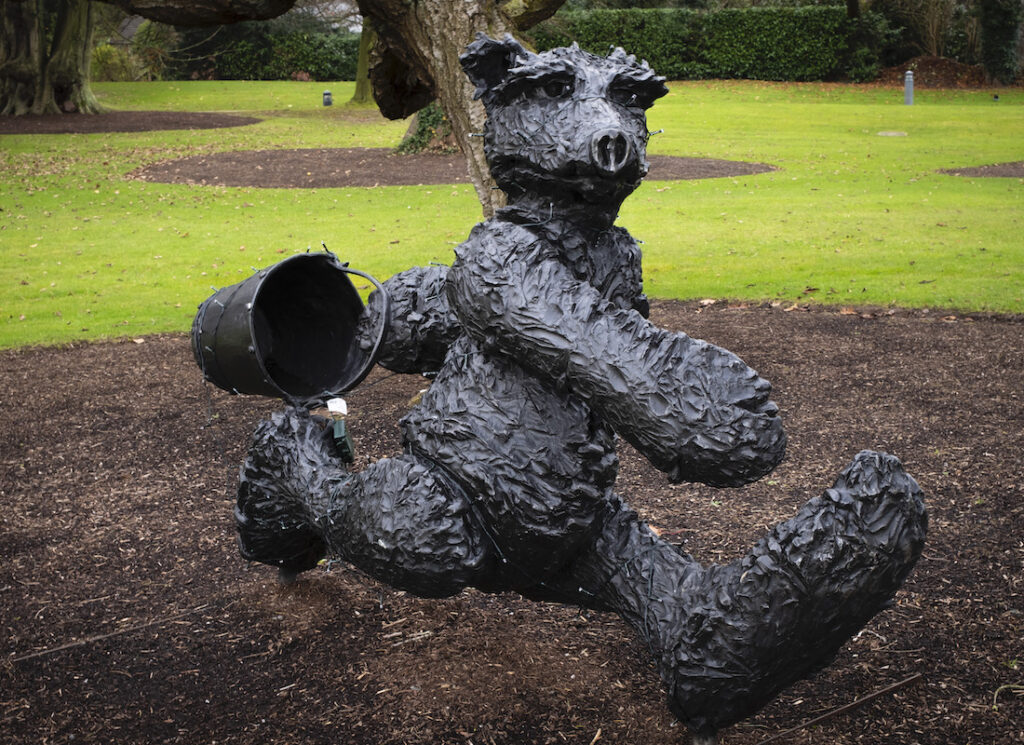 Sculpture brings May to Mayfair

The heart of London’s art market, Mayfair, is hosting a sculpture trail for the whole of next month with a series of major works dotted about the neighbourhood between Regent Street and Park Lane, Piccadilly and Oxford Street.

The Mayfair Sculpture Trail is an initiative of theMayfair Art Weekend, its seventh edition delayed from the spring, in partnership with Art in Mayfair, with participating galleries presenting pieces in such locations as Bond Street, Cork Street, Burlington Arcade and Grosvenor Square.

Added to them for the month from Thursday to October 31 will be Pablo Reinoso’s Simple Talk (Left) next to the Frink; Docker by Atelier van Liesholt among the luxury boutiques of Burlington Arcade;, Kalliopi Lemos’s Bag of Aspirations in front of Fenwick’s department store in Bond Street; Laurent Grasso’s Zacharia’s Vision in Burlington Arcade; Seo Young-Deok’s Meditation 1554 in Grosvenor Square; and Patrick O’Reilly’s Bear With Fire Bucket in Cork Street (pictured).