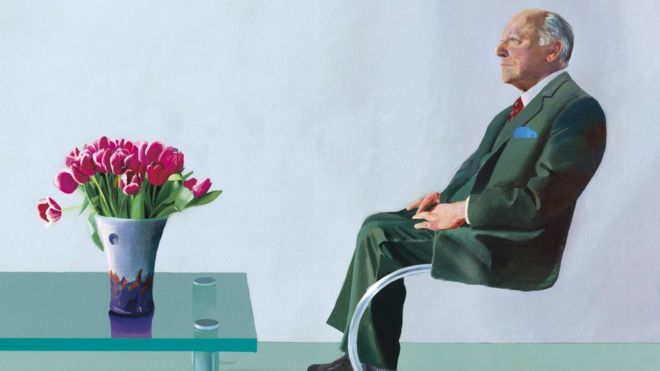 The Royal Opera House (ROH) is to sell a David Hockney portrait of its former chef to raise money to fill a financial gap left by the Cocid-19 pandemic it was announced today.

The portrait of Sir David Webster, the chief executive who between 1945 and 1970 revived the fortunes of the Covent Garden opera house, and particularly of the Royal Ballet, was commissioned early in Hockney’s career in the year of Webster’s death, 1971. The auction house Christie’s have valued it at between £11m and £18m.

The ROH’s present CEO, Alex Beard, said there weas no alternative to selling the picture, having lost £3 in every £5 of its income since the lockdown was imposed in March. He said the sale was part of a medium to long-term plan to balance the books, which would also involve redundancies and a public fundraising appeal  for the venue which is the UK’s biggest single arts employer.

"We knew we had to look at any assets we had; there is only really one of any note that stands out and that is this portrait" he said. “If we can remain viable and get through this, then we can get back to employing people in the future."